Home » News » Float Through Dungeons In Loot River, An Action-Roguelike Game Announced For Xbox Series, Xbox One, And PC

Float Through Dungeons In Loot River, An Action-Roguelike Game Announced For Xbox Series, Xbox One, And PC 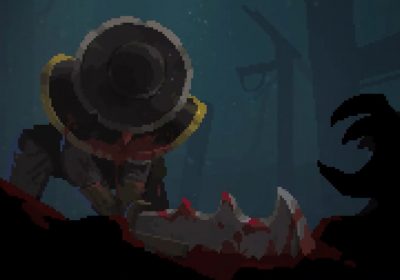 Today’s Xbox indie showcase brought with it a bunch of game announcements, including Rust for consoles, Moonglow Bay, and Nobody Saves the World. Another game that caught our eye was Loot River, a game where you float down a river collecting loot.

There’s actually a little more to it than that. To start, the river is full of monsters that are all trying to eat you. On top of that, the river is constantly shifting through alternate realities, making it really hard to keep track of where you’ve been.

In case that wasn’t clear, Loot River uses a procedurally-generated river layout to populate its dungeons with a near-endless number of permutations. Every time you die, the world shifts to a parallel dimension, and you respawn in a brand new river.

The other component of this river is something that developer Straka Studio calls “spatial block shifting.” Basically, the platforms that your character runs on top of can move thanks to a magical relic. Shifting these platforms becomes the key to progressing through Loot River, either by solving puzzles or artfully stab a monster in the throat.

These platforms are all shaped like Tetris blocks, so making them fit together shouldn’t be too difficult. And no, they don’t disappear if you create a solid line across the river.

That covers the river part of Loot River, but what about the Loot? Like most ARPGs, Loot River will have a wide variety of loot to find, including consumables, weapons, and armors. Your plague doctor mask-wearing protagonist can equip two weapons at a time and each comes with different attacks. Your armor provides useful stat boosts and leveling up will increase your five core character attributes, including strength, vitality, dexterity, endurance, and intelligence.

Not only is each river full of monsters, beasts, and monsters to slay and subsequently loot, but you’ll also meet lost travelers that will expand the dark story of Loot River.

Loot River doesn’t have a release date as of yet, but it’ll arrive on Xbox and PC via Steam at some point. Check out the Steam page to add Loot River to your wishlist.

Next: I Am So Glad Netflix Has Cast The Perfect Dijkstra For The Witcher