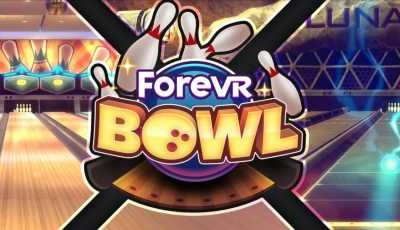 Last week, ForeVR Games, the new virtual reality (VR) studio that debuted ForeVR Bowl back in May announced a new funding raise of $7 million USD, bringing its entire financing raise to $8.5 million. This week, the studio has revealed four new senior hires to help its vision of bringing VR videogames to the masses.

Only founded in 2020 by Zynga veterans Marcus Segal (CEO) and Mike Pagano Doom (CCO), the team’s recent expansion further builds out its leadership. “We are building a world-class team to make the most engaging and entertaining immersive experiences in VR gaming,” said Segal in a statement. “VR’s time is now and we are ready!”

ForeVR Games has welcomed onboard Yichel Chan as the new VP of Second Party Production, coming from Glu Mobile and Tremor. Chan will focus on external developer collaboration as well as overseeing production for ForeVR Bowl. Coming from Zynga and Electronic Arts is Virginia McArthur who is now VP of First Party Production. She’ll lead ForeVR’s internal studios.

While the studio is concentrating on expanding the ForeVR Bowl experience, having recently released a new lane “Lost City Bowl” and confirming a Steam version is coming soon, the staffing announcement has unveiled more projects are on the way. There’s been no mention of what these titles might be, only that: “the company plans to debut more games in late 2021 and early 2022,” a press release states, and that they’ll be: “focused on bringing IRL games to life.” So more sporting experiences by the sound of it.

Currently, ForeVR Bowl can only be found on Oculus Quest, combining realistic physics with a playful attitude in solo and multiplayer gameplay modes. VRFocus’ review of ForeVR Bowl found: “At its core, a bowling videogame should be fun for all levels whilst providing enough depth for serious players to compete and feel challenged. ForeVR Bowl easily achieves all of this, with some great bowling mechanics combined with gorgeous visuals.”

As the studio teases further information about future projects, VRFocus will keep you updated.