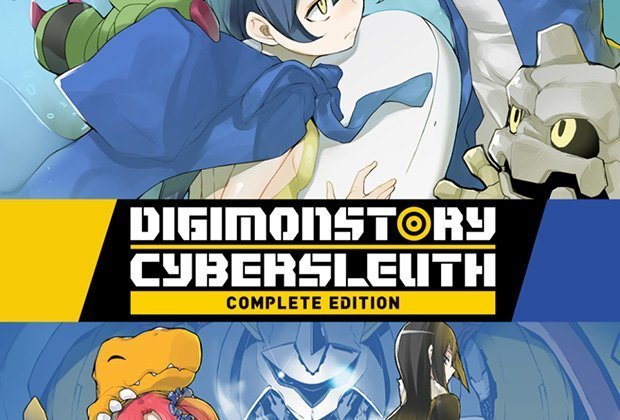 The world is preparing for the release of Pokemon Sword and Shield – the first mainline Pokemon games that will come to Nintendo Switch after the release of spin-offs Let’s Go Eevee and Let’s Go Pikachu last year.

Ahead of the release of the next Pokemon games (which are due to launch on 15 November 2019 exclusively on Nintendo Switch), the appetite for monster-collecting JRPGs is more intense than ever.

This week, then, we’ve got some good news for gamers that like their role-playing games loaded with digital critters: two previously PlayStation-exclusive games are coming to Nintendo Switch and PC later this year.

The announcement was initially made at the Future of Digimon panel at Anime Expo 2019 (via RPGSite’s HDKirin).

“Digimon Story Cyber Sleuth: Complete Edition includes both Cyber Sleuth and Hacker’s Memory in one package. Solve mysteries with your favorite Digimon to save the digital and real world!” reads a statement from the official announcement.

The collection of games contains Digimon Story Cyber Sleuth, which was initially released back in 2015 on PS4 and Vita.

Digimon Story: Cyber Sleuth Hacker’s Memory, initially launched in 2017, is a ‘B-side’ of sorts that takes place concurrently with the events of the first game.

At the event, Bandai Namco also confirmed that it is working on another Digimon Story game – but it won’t be a Cyber Sleuth game, apparently.

This will be a different title to Digimon Survive, which was announced last year.

The upcoming tactics game will feature a story follows the exploits of Takuma Momotsuka, who becomes stranded in a parallel world during a camp picnic.

He and his friends (apparently called Minoru, Aoi, Shuji, and Saki) will need to explore the world and try and find a way back home.

Each protagonist will have their own partner Digimon – the main character seems to be paired with Agumon, and Floramon has also been shown off in the game too.

The game will feature spatial presentation with 2D graphics used for the character and Digimon sprites.

There will be about 100 playable Digimon in the game and each can evolve during battle using EP (Energy Points) which recover between turns.

Weirdly enough for a Digimon game, some of the characters can actually die in the game if you make the wrong choices.

We’re going to be keeping our eye on Digimon Survive, and we’ll update you as we hear more about the fascinating game.

Nier Replicant Preorders Are Live, Including A Lavish Collector's Edition

Animal Crossing Fan Demonstrates Why The Camera Should Follow You Underwater