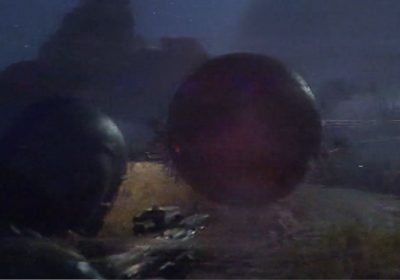 The Game Awards is no stranger to big reveals, and this year will be no different. Besides a Sonic Frontiers reveal and an interactive tie-in with the new Matrix movie, The Game Awards will host a world premiere of Arc Raiders, the new game from Swedish developer Embark Studios.

Embark has revealed a 20-second teaser to show what's in store for us on Thursday. It shows what appears to be a third-person shooter with military-style characters fighting off alien-looking robots. There's a definite retro-style to everything, and even the Embark logo looks like they made off with half of Atari's.

Embark previously revealed that they have roughly 200 people working on Arc Raiders, which it said will be a "free-to-play action game set in a distant future." CEO Patrick Söderlund also said it'll be an open-world MMO built on the Unreal Engine.

So why is another third-person shooter getting so much attention? Well, Embark has a lot of high-profile names working at its highest levels. Johan Andersson, Embark's chief technical officer, was a former technical fellow and vice president at EA's SEED, a division dedicated to machine learning and AI research. Chief creative officer Stefan Strandberg was the former creative director at DICE for four years, and before then he was audio director for nine years. Robert Runesson, chief content officer, previously held the same job at DICE for seven years, while chief operating officer Jenny Huldschiner used to be EA's senior brand director from 2015 to 2018.

And of course, Patrick Söderlund used to be CEO at DICE before he left in 2018 to form Embark with six other EA alumni.

Given how DICE's latest offering isn't exactly doing so great, perhaps what Battlefield 2042 promised to be can be found in Arc Raiders. We'll find out at The Game Awards, which start at 8 PM ET on Thursday, December 9.