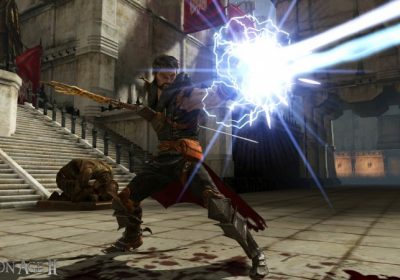 Back in March, I wrote a retrospective deep dive into Dragon Age 2 and talked about how it is a phenomenal game buried beneath repetition and a rushed timeline. With slashed resources and an unrealistic timeline imposed on the BioWare team by the publisher, Dragon Age 2 was rife with redundant areas, glitches, and a narrative that was much shorter than that of Dragon Age Origins. Even still, the sequel managed to tell a tale that had incredible value and some of the best character development in games during that generation. Don’t believe me? Check out the deep dive here and give me a chance to explain, but first, let’s take a look at what former Dragon Age lead writer David Gaider had to say.

Gaider is someone I have admired, as a writer, for a long time in this industry. He is one of the team members at BioWare that has given me some of my most beloved characters in gaming history, and I love how he interacts with the fans and the community as a whole. Gaider’s approach has always been incredibly honest and upfront, so when I saw him start tweeting about what he loved and didn’t love about working on Dragon Age 2, I immediately sat straight up and was all ears.

It all began when Twitter user @MzSparky211094 asked Mark Darrah “Was Dragon Age 2 your favorite in the franchise?” after he shared a video of some nostalgic Dragon Age “swag.” Gaider Quote Tweeted the question shortly after, saying, “DA2 was the project where my writing team was firing on all cylinders, and they wrote like the wind because they had to! Pffft. Plot reviews? Pffft.” He added that he was incredibly proud of the team for having accomplished what they did under the previous constraints, adding that he didn’t think it was possible, especially when it seemed like the cuts were endless.

One thing that I particularly thought was interesting was his commentary on Orsino and Meredith. For those that haven’t played (which I highly recommend if you plan on playing Inquisition, there is so much nuance lost if you don’t), there are spoilers beyond this point.

What was the deal with Orsino?

One of the prevalent themes of the Dragon Age franchise is the conflict between Mages and Templars, with the former being held captive against their will due to their magical abilities. Orsino is the Elven First Enchanter in the Circle of Magic within Kirkwall. He is meant to be in a powerful position to protect the mages under his charge, but Meredith, the Knight Commander of the Templar Order, was convinced that all magic was dangerous, evil, and that mages needed to be kept under heel. Throughout the three chapters of Dragon Age 2, the escalation between the two groups could be felt and Orsino could see the fate of all mages in Kirkwall hanging in the balance. Following the events that Anders kickstarted following failed negotiations between Meredith and Orsino, he did the unthinkable: he turned to blood magic, something he swore he would never do. This turned him into a disgusting abomination that ends up being a boss fight for Hawke and the gang.

This instance could be argued for, absolutely, but it always felt a little rushed, a little off. Understandable, given that much of this game was rushed due to the publisher’s timeline, but Gaider added a little more perspective as to what the surrounding conversation was like when looking at the bigger picture.

So I think it’s safe to say DA2 is my favorite entry in the DA franchise and also the sort of thing I never want to live through ever again. Mixed feelings galore.

Similar to the article I wrote exploring Dragon Age 2 and its hidden value, he added that “Dragon Age 2 is a fantastic game hidden under a mountain of compromises, cut corners, and tight deadlines.”

He then added that Orsino was originally slated to have “his own version of Meredith’s end battle” if the player sided with the Templars, but that was cut. Because the team was still interested in using the model created for that decision’s result, we got a creepy Orsino/demon hybrid anyway.

A question that has come up numerous times through the years is “Would Dragon Age 2 have been received better if it were an expansion rather than a sequel?” Awakening was a lengthy expansion for Dragon Age Origins and served as the perfect introduction to Anders, a character that becomes vital to the narrative of Dragon Age 2. Dragon Age 2 does much of the same for Dragon Age Inquisition, giving us Varric (who later becomes a companion in the third game and a starring character in the companion comics) and it introduced us to Corphyeus, the main villain in Inquisition.

When that question came up once more in the surrounding Twitter thread, he answered, “Hard to say. It was either going to be an over-scoped expansion or an under-scoped sequel. If it had stayed an expansion, it might never have received the resources/push it DID get.”

I should add I’m not, by any means, against iteration. Some iteration is good and necessary. The problem that BioWare often had is that we never knew when to stop. Like a goldfish, we would fill the space given to us by constantly re-iterating on things that were “good enough”.

BioWare’s Patrick Weekes also playfully added that he appreciated Gaider using the “diplomatic use of the past tense of ‘had'” in his response when talking about “when to stop” during the game’s development.

What could have been

Gaider eventually responded to another question, this time from @TObias_1703 when they asked, “What do you think would have changed, storywise, if you had more time for Dragon Age 2?” Gaider answered, saying, “I would have taken out that thing where Meredith gets the idol. It was forced on me because she needed to be “super-powered” with red lyrium for her final battle.”

He added, “Being “crazy,” however, robbed her side of the Mage/Templar argument of any legitimacy. I hated, hated, hated that.”

He then went on a lengthier thread, dubbed Zack Snyder Dragon Age 2, about what he would change, if he could:

He ended the thread by correcting a mistype with DA: Exodus where he meant to say Dragon Age: Exalted March, which was an expansion that was initially planned by later canned. I’m not mad at it being non-existent though, because he added that the planned expansion resulted in Varric’s death, and nope. Absolutely not. No way, nope. NOPE.

Honestly, the entire thread is incredibly eye-opening. With Dragon Age 4 on the horizon (which you can read my entire analysis of Red Lyrium and that stupid egg-head Solas right here), it’s interesting to see what could have been.

As I saw all of the time on social media, I’d love for Dragon Age 2 to get a remake, to give the vision a chance to be realized without an unrealistic timeline and cut off resources.