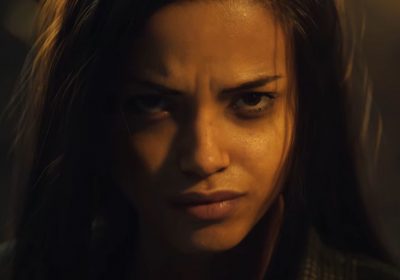 Forspoken's cinematic trailer just dropped ahead of its launch later this month – and it's way less quippy. Seemingly taking the backlash over its previous trailer to heart, the latest teaser is a lot more earnest, with no MCU gags to be seen.

This comes after a trailer released in August was widely mocked online, and even started a larger conversation about how self-aware quips, largely popularised by the Marvel Cinematic Universe, have started to infect other pieces of media. This new teaser suggests that publisher Square Enix is eager to distance itself from this debate, and wants to show that Forspoken will take itself seriously. Of course, it's still not known if these jokes will appear in the game itself.

This isn't to say that the cinematic trailer isn't cheesy, because good lord, it is. It still feels very much like a trailer for an action movie, albeit one that isn't influenced by the scriptwriting horrors of 2010s Joss Whedon.

The latest trailer also comes just after the demo dropped last month, giving players a chance to try out Square Enix's new IP. Fittingly, it seems that this has also proven divisive, with a lot of room to improve before the launch this month.

A new IP is always a gamble, but even more so when its promotional material has struggled to resonate with audiences. We'll see for ourselves if Forspoken can stick the landing when it launches exclusively on PS5 and PC on January 24. In the meantime, it seems to be doing a good job of not being a Twitter laughingstock again. You live and learn.

An Xbox release is expected after the exclusivity period comes to an end, but this is actually a touch longer than other Sony deals. As we can see at the end of this and previous trailers, Forspoken's PlayStation console exclusivity will only come to an end on January 23, 2025. You're in for a bit of a wait if you don't have a PS5 or PC.