Home » News » Fortnite downtime today: How long are Fortnite servers down for update 17.10?

Fortnite downtime today: How long are Fortnite servers down for update 17.10? 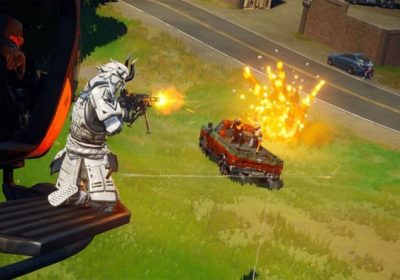 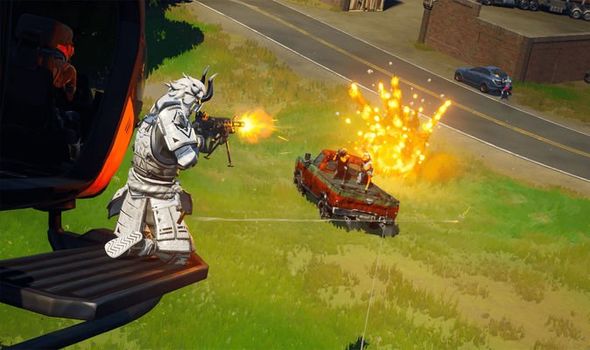 The Cosmic Summer Celebration will be kicking off on June 22, as soon as the latest update has been launched.

Epic Games has already confirmed that this will be an event offering new rewards and challenges to complete.

And there have also been hints that there will be more Alien involvement during the Summer Celebrations, which is expected to last two weeks.

A message from Epic Games reads: “The festivities include new quests, new rewards, and a whole lot of fun with your friends. Looking forward to sharing more about this 2-week party, starting June 22nd.

“Heya, Hot Saucers here to break down the ongoing invasion. Found a secret IO File on alien tech. Apparently, there’s a way inside the Mothership!

As mentioned above, Fortnite update 17.10 will be available to download later today after Epic Games completes a fresh round of server maintenance.

Fortnite servers are going offline this morning in the UK across PS4, PS5, Xbox One, Xbox Series X, PC and Nintendo Switch.

This means that gamers will be without core services for a set period, expected to be a little shorter than usual.

WHEN IS FORTNITE DOWNTIME FOR UPDATE 17.10 STARTING?

The Fortnite server downtime scheduled for today has been set for 8:30am EST on Tuesday, June 22, 2021.

For gamers in the United States, this will mean maintenance starting at the much earlier time of 3:30am EDT, on the same day.

No one should be left waiting around for the servers to come back as all platforms will be coming back online at the same time.

Epic Games has not confirmed how long Fortnite downtime is but an estimate has been shared on the site.

From the predictions shared online, servers will be under four hours, which will mean Fortnite becoming playable again around Midday.

A message from the Fortnite support team adds: “A new surprise descends. A way inside the Mothership?

“As a reminder, marking the end of the competitive pre-season, Arena Hype Points will be reset with the release of v17.10.”

The new Summer Event will be rolling out on June 22, and will be followed by the release of Thanos as a buyable character from the Item Store.

This is happening on June 26, following on from the recently held Thanos Cup, which is when gamers would have been able to unlock the outfit for free.

“Three years after his LTM debut in Fortnite, Thanos arrives in the Item Shop for the very first time.

“Beginning at 8pm ET on June 26, 2021, you can play as the Mad Titan himself, even equipping the Infinity Gauntlet Back Bling inspired by Marvel Studios’ Avengers: Endgame – completed with all six Infinity Stones.

“Grab your Duos partner and compete in up to 10 total matches in 3 hours to earn as many points as you can. The top-performing teams in each region will earn the Thanos Outfit and Back Bling inspired by Marvel Studios’ Avengers: Endgame.

“For anyone who earns 8 total points, you’ll receive the Thanos Watches! Spray. Note: It may take several days before prizing can be rewarded to all players.”