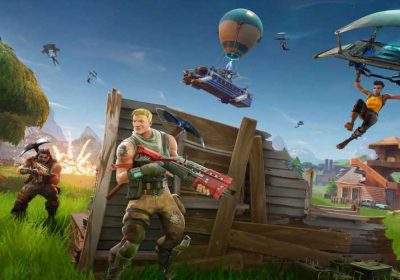 Fortnite is half a decade old (sorry if that makes you feel old) and fans are nostalgic for the good ol' days of Pump Shotguns and Tommy Guns, seeing as they got vaulted. But Epic Games has heard, so some old weapons and items are coming back tomorrow in the return of Late Game Arena.

"Late Game Arena returns as a 60-player competitive experience beginning in a small zone on the Battle Royale Island," the blog post opened. "You will spawn with some of the most popular weapons and items from previous Chapters and Seasons – drop in starting August 30 at 8 AM ET and discover which weapons and items are making their return!"

Late Game Arena is also bringing a new leaderboard with eliminations, assists, damage dealt, and damage taken listed, as well as Rift Spawning. That means you'll spawn 100 meters above the Island and you'll have ten seconds to plan where you want to land, so you'd best think fast.

Late Game is exactly what it sounds like – each game starts later on in the third Storm Circle. The playable zone is much smaller, with the zone already dealing more damage, so you're forced to fight much earlier than normal. "Late Game effectively works as an end-game simulator, skipping the looting phase and dropping competitors right into the action," the blog post continues.

As you're skipping the looting phase, you'll start out with a loadout and materials, meaning you can get right into shooting and building. And what's more, Fortnite has teased the return of the Pump Shotgun. We don't know exactly what's returning yet, but in the tweet, Epic Games wrote, "What a Legendary reaction! We're so Pumped to see you drop in at 8am ET."

Pumped with a capital 'P' – it looks like an old fan favourite is coming out of the vaults at long last.