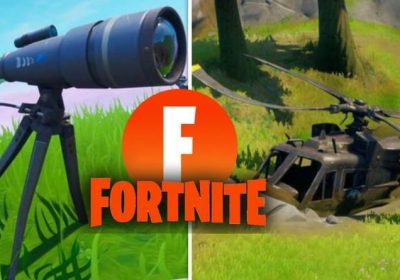 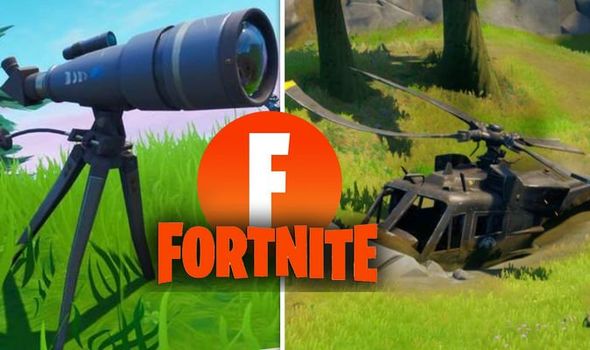 The new Fortnite quests launched alongside update 16.50, complete with the return of the Dual Pistols and another limited time mode.

With the current season coming to an end in the next few weeks, Epic Games has released a new set of challenges to move the story along.

The Fortnite Foreshadowing challenges will lay the foundations for the end of season event, and the story going into Season 7.

Additional challenges will be released in the coming days, including one task revolving around the use of CB Radios, and another where players must place warning signs at crop circles.

With the first two challenges out now, Express Online has marked the map with the locations of the damaged telescopes and the downed helicopter.

As you can see from the map below, the damaged telescopes – which are marked with an X – can be found around the edges of the map. 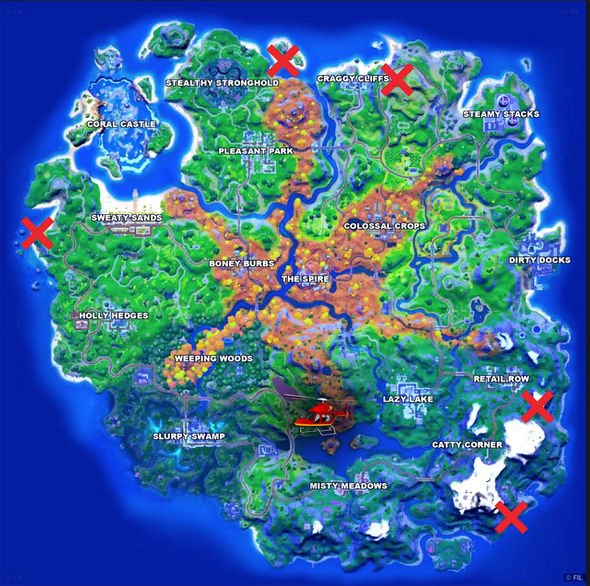 There’s one damaged telescope west of Sweaty Sands, another to the north-east of Stealthy Stronghold, one to the east of Craggy Cliffs, a fourth south-west of Retail Row, and a final damaged telescope south of Catty Corner.

As for the downed helicopter, fans can find it north of Misty Meadows. Just head on over and you’ll complete the challenge for 24,000 XP.

Judging by the Foreshadowing challenges, Season 7 could have some involve space exploration and aliens. We’ll find out more in the coming weeks.

You can see the full list of Fortnite Foreshadowing challenges and the accompanying descriptions below.

The Fortnite Foreshadowing challenges in full…

– They’re coming for our telescopes? What’s next? Microscopes? It’s almost like someone doesn’t want us looking at the stars.

– Someone’s been flying low and scaring my corn. Look into it would ya? India Oscar? Yeah, that don’t fool me. I know IO when I see it.

– I swear! The radio started asking me questions! I hope she knows what she’s getting herself in to?

– All I want is to grow corn. It shouldn’t be this hard. Pranksters, aliens, whatever you are, if you come for my corn, there’s gonna be trouble.

– All unauthorised broadcasts must be terminated. I have an idea where those are coming from… and I don’t like it.