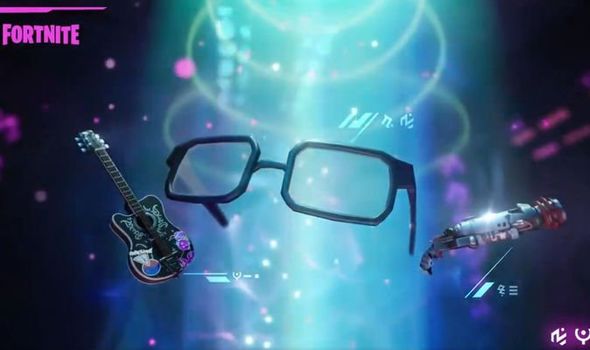 Epic Games has started dropping new teasers regarding what is coming next in the new Season of Fortnite Battle Royale, including what could be planned for the Battle Pass.

Gamers have also been given a new set of Hot Saucer puzzles to solve, which include snippets of information regarding what is being planned for Season 7.

It’s already been confirmed to fans that the next season of Fortnite will be tied to Aliens, with the official account sharing hints that UFOs have been analysing the island.

There has also been a hint that Superman will be part of the Alien-centric season, with some glasses providing a big clue. It’s unclear at this time whether Superman would be the star skin of a new Battle Pass or if the Man of Steel would be part of a later event.

And for those who are hungry for news, gamers looking through some of the latest audio and community teases shared by Epic Games believe that something will happen later today.

According to iFireMonkey – a well-known data miner and leaker – on Twitter, new information could be shared at around 12pm EDT.

That would mean a new teaser dropping at 5pm BST, which could include the first video clue or perhaps an early trailer.

A message from iFireMonkey explains: “There won’t be anything else to do regarding the Hot Saucers Puzzle until tomorrow at 12 PM Eastern Time tomorrow [4PM UTC].”

With the Saucer Puzzles on hold, Fire Monkey has also posted what could be a new teaser trailer from Fortnite Season 7.

The information shared via email has not been verified and should therefore be taken with a big pinch of salt (link in the YouTube embed below).

It appears to include clues regarding the next step in the Fortnite Season 7 story, but there is also some doubt over its legitimacy.

Fans have pointed out that there’s a good chance this will be proven to be fake, with gamer pointing out:

“I think it’s cool but not enough info for a real teaser. Epic could use this as promo art, though.”

Others have pointed out that this might be footage from an earlier version, with the final product set to be revealed later today.

From what has been shared so far, Aliens will be invading during Fortnite Season 7, with some gamers finding themselves being abducted during live matches.

The teasers shared so far appear to be news bulletins being made by Aliens observing the island.

One post covering the use of Glasses reads: “When placed onto the face, this strange plastic device seemed to make us appear as unrecognizable. More testing required.”

This suggests that a Superman crossover could be coming to the game, which would fit the Alien theme.

Another post from the Aliens discussing milk cartons adds: “The creatures of the Island seem to use this strange, flimsy holding device to consume their… bone modification liquid?

WHEN IS THE FORTNITE SEASON 7 TRAILER COMING OUT?

Based on the latest news, gamers should receive more information later today regarding the release of Fortnite Season 7, which has been scheduled for Tuesday, June 8.

This is expected to drop during the afternoon in the UK and should include the release time of the latest update and when servers will be taken offline.

Meanwhile, the new season trailer for Fortnite Season 7 is expected to arrive at the start of Fortnite server maintenance, which could begin between 4am BST and 9am BST on June 8.

The Season trailer is usually accompanied by a shorter film, this time focused on revealing the new Battle Pass.