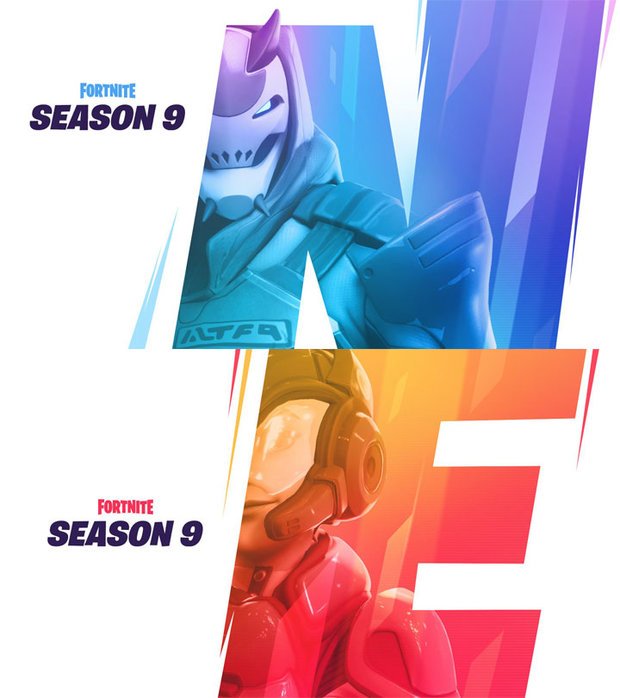 We should also learn a little more about what these teaser poster appear to be spelling out.

We’ve also seen Epic tease the letters N and E so far as part of the Season 9 teaser campaign. Will this lead to the developer spelling NEXUS or NEXT, as some have said?

Or will it lead to NEO, which – as Fortnite News on Twitter asserts – could man ‘new or revived form’.

Fornite creative director lead Donald Mustard also tweeted a very cryptic statement that simply read: ‘From the ashes’. Does this point to something rising where Tilted once stood? (More on that further down)

Is it a stretch? Maybe. But right now we don’t have much else to go on, and we imagine Epic wouldn’t melt two locations of interest without having something planned for them over the coming months. 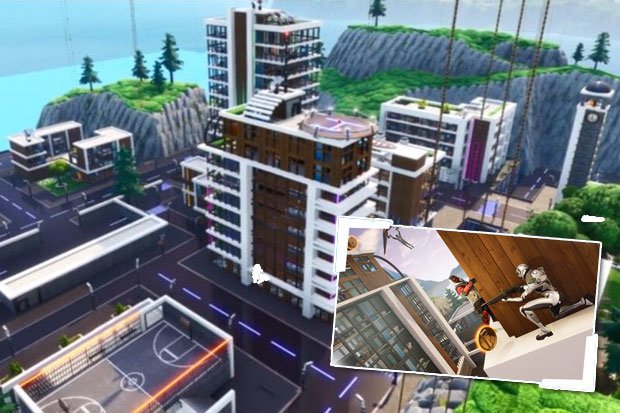 Titled Towers Destroyed – Will It Return?

We won’t lie, we’re reaching a little here, but still, that’s sort of what the days leading up to a new Fortnite season launch is all about.

One thing that we can count on, though, is an update to the map. Without fail, every season seems to bring something interesting to the game, and thanks to a small trail of breadcrumbs left across social media and elsewhere so far, we think we may know what we’re getting next.

We think Tilted Towers may get reborn.

Why do we think this? Well, first up, a tweet from Fortnite yesterday highlighted a featured island from Makamahon123. This Creative island uses recent assets to show off a cool, new-looking map called Modern Towers.

This uses assets that look like they could be used to rebuild Tilted in a new, more interesting way.