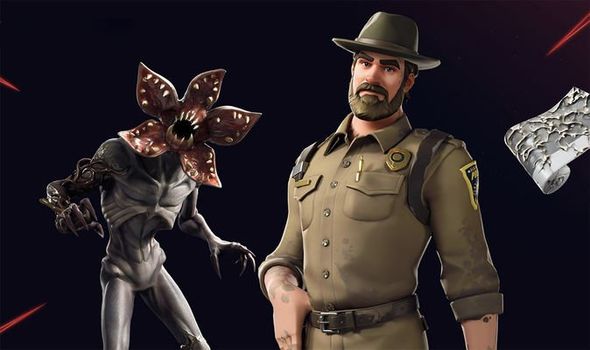 Fortnite players can celebrate Stranger Things Day with the return of arguably the game’s best skins.

November 6 is significant in Stranger Things, because it’s the date Will Byers disappeared in the Upside Down.

Following on from Fortnite’s excellent Stranger Things crossover back in July, Epic Games has decided to bring back the incredible outfits available to players.

The news was announced on Twitter, alongside images of some of the goodies fans can grab from the in-game shop.

“Doesn’t this stuff only happen in movies and comic books?” reads a Fortnite tweet.

“To celebrate #StrangerThingsDay, the Chief Hopper and Demogorgon Outfits are back in the Item Shop now!”

The news comes after Epic released a stealth update that added the Harpoon Gun to Battle Royale.

Without any kind of pre-release teaser or official announcement, Epic dropped the new content update out of nowhere.

As discovered by Lucas7yoshi and FNBRLeaks, the new Battle Royale update adds the Harpoon Gun to Fortnite.

“This introduces the Harpoon Gun, it does 75 Damage to players and has 10 Shots, acts similar to a Grappler but doesn’t actually include mobility.”

Similar to Roadhog’s weapon from Overwatch, the gun actually pulls opponents towards the player firing.

This means that not only does it do damage on impact, but it also gives players the opportunity to do additional damage when they’re closer.

Hopefully Epic will be a bit more forthright about next week’s update, which should be a big one.