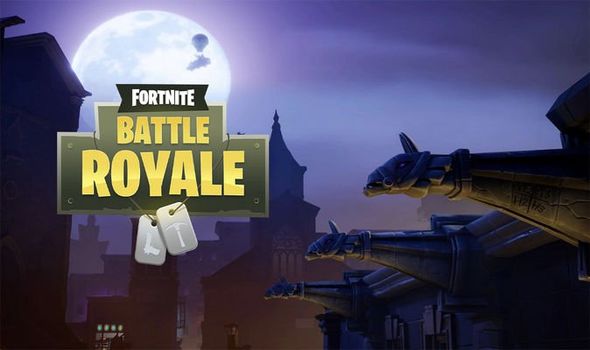 Fortnite update 10.31 patch notes may have been delayed, but that hasn’t stopped dataminers from uncovering its secrets.

According to update 10.31 leaks, Fortnite developer Epic Games will team up with DC to bring the Batman franchise to Battle Royale.

The Fortnite X Batman event features its own set of challenges, as well as new items and map changes.

According to dataminers like Lucas7Yoshi, the Batman event will launch alongside a new Batarang and Grapnel Gun.

The brand new Explosive Batarang Item is said to home in on enemies, stick to walls and explode when opponents are in proximity.

The Grapnel Gun description, meanwhile, reads: “Pull yourself towards a target location and then deploy the Bat Cape.”

This would suggest that you can boost yourself towards the sky before gliding back down to solid footing. 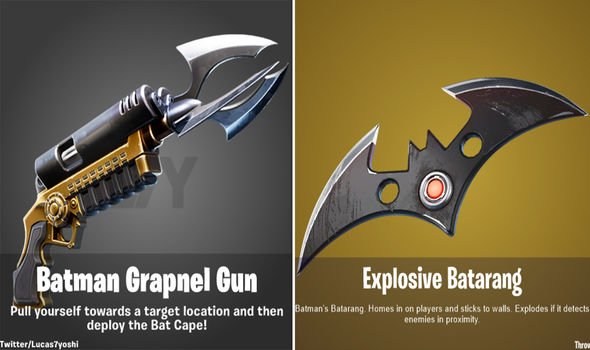 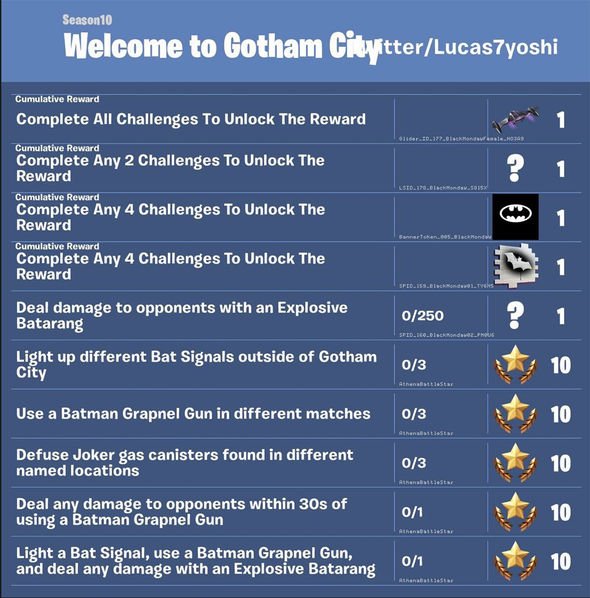 New Batman skins have also been discovered, although they’re yet to be revealed at the time of writing. Express Online will update the article when the skins become available.

Elsewhere, the Fortnite update is said to make changes to the map (below). Tilted Towers has been replaced by Gotham City, complete with new buildings.

Then there’s the Welcome to Gotham challenges, which will reward players with new Batman-themed items like sprays and a Batman Glider.

Outside of the Batman event, Epic also appears to be teasing the appearance of a new skin. New posters will hit Battle Royale showing what appears to be a new outfit, or Final Reckoning event.

Check out the posters below the map below. 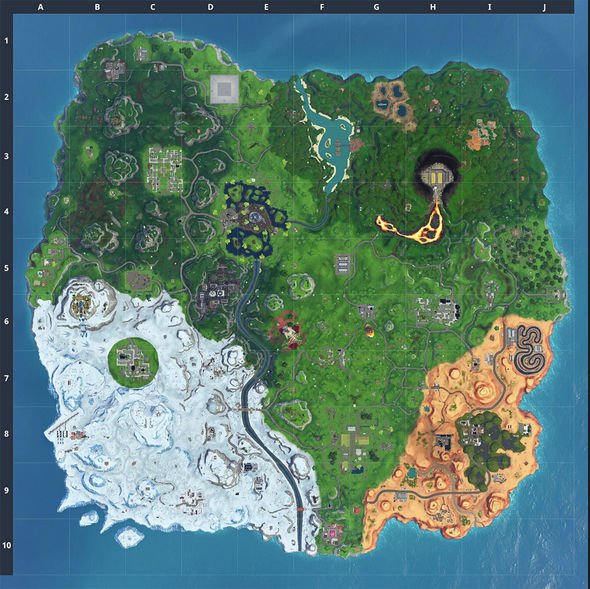 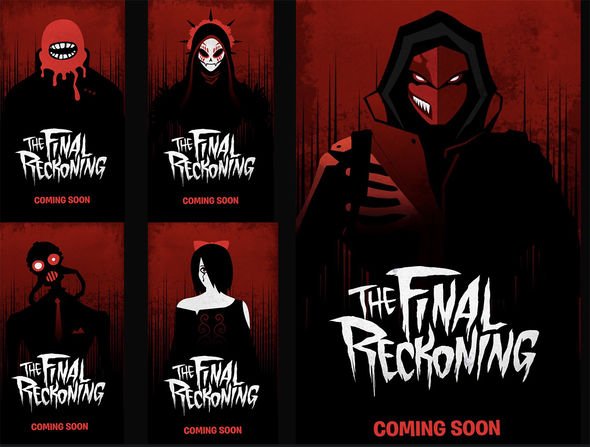 The Welcome to Gotham City challenges in full…

• Deal damage to opponents with an Explosive Batarang

• Light up different Bat Signals outside of Gotham City

• Use a Batman Grapnel Gun in different matches

• Light a Bat Signal, use a Batman Grapnel Gun, and deal any damage with an Explosive Batarang