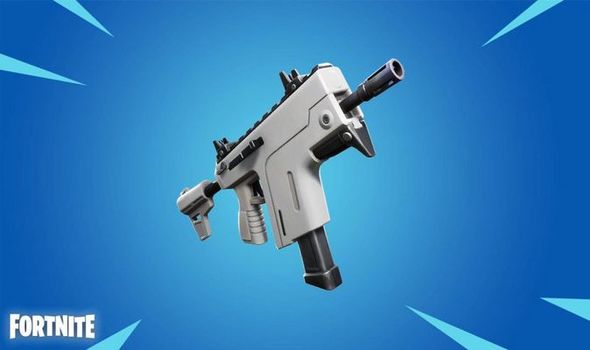 Fortnite developer Epic Games is gearing up for the release of content update 9.10.

And there’s good news and bad news for Fortnite fans ahead of the next big patch on PS4, Xbox One, PC, iOS, Android and Nintendo Switch.

The good news is that update 9.10 won’t be accompanied by any downtime.

Instead, the new content will be available from 1pm UK time on May 29. You don’t even have to download anything.

The bad news, however, is that the new update won’t be packed full of major gameplay tweaks and changes, plus there won’t be any leaks to explore.

As hinted at by the Epic Games, content update 9.10 introduces the Burst SMG Rifle.

According to the early patch notes, the Burst SMG comes in Common, Uncommon and Rare varieties.

Leaks suggest that the Burst SMG will 23, 24 or 25 damage depending on the rarity.

It will have a magazine of 20 bullets for all varieties, not to mention a 3.4 fire rate.

However, based on the Fort-A-Bridge item description, it’s unclear if it’s a genuine new addition or if Epic is just having fun with leakers.

The item description reads: “You shouldn’t be seeing this text… how’d you find this?… are you magic?”

There’s even the possibility that Epic Games will launch some kind of Godzilla-themed event.

While no new files have been found, some fans have noticed a giant eye peering out of the ice in Polar Peak.

With the new Godzilla movie out soon, it’s possible that Epic is planning another tie-in LTM for Season 9.