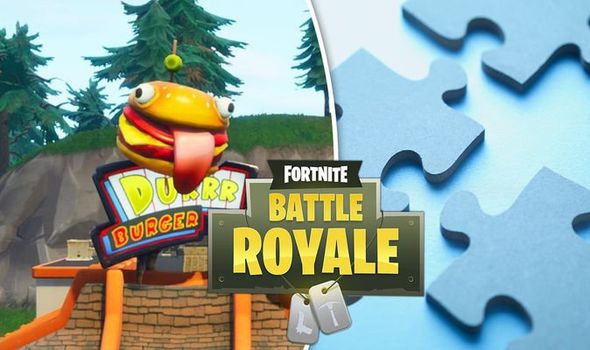 Fortnite fans are counting down to the release of the Season 8, Week 8 challenges.

The next batch of Fortnite challenges will go live at 3.30pm UK time on April 18.

If the early leaks are anything to go by, then the Fortnite Week 8 challenges could be pretty interesting.

One of the more interesting challenges tasks players with searching seven jigsaw pieces while under bridges and in caves.

There’s also a two stage challenge in which players will need to the Dial Durr Burger number on the big phone west of Fatal Fields. The second stage involves calling the Pizza Pit from the phone east of The Block.

Then there’s the latest Treasure Map challenge, which tasks players with searching the signpost found in Paradise Palms.

Epic also wants players to use vending machines in different matches and eliminate two opponents from 50m away.

To complete the full set of challenges, you’ll also need to eliminate seven opponents at Dusty Divot or Lucky Landing.

– Stage 2: Search the X on the treasure map signpost in Paradise Palms

• Use 3 Vending Machines in different matches

– Stage 2: Dial the Pizza Pit number on the big telephone east of The block

• Search 7 Jigsaw Puzzle Pieces under bridges and in caves

• Eliminate 2 opponents from at least 50m away (HARD)