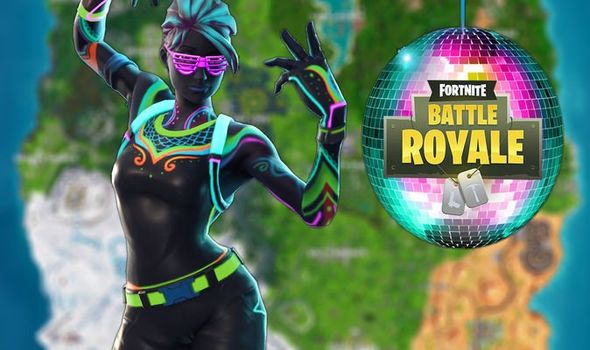 Fortnite fans are working their way through the Season 8, Week 9 challenges.

If you complete all of the weekly challenges you’ll even unlock a special Fortnite loading screen containing a clue to another Battle Star or Banner.

The dancing challenge is broken down into three stages, beginning with a dance between three ice sculptures. 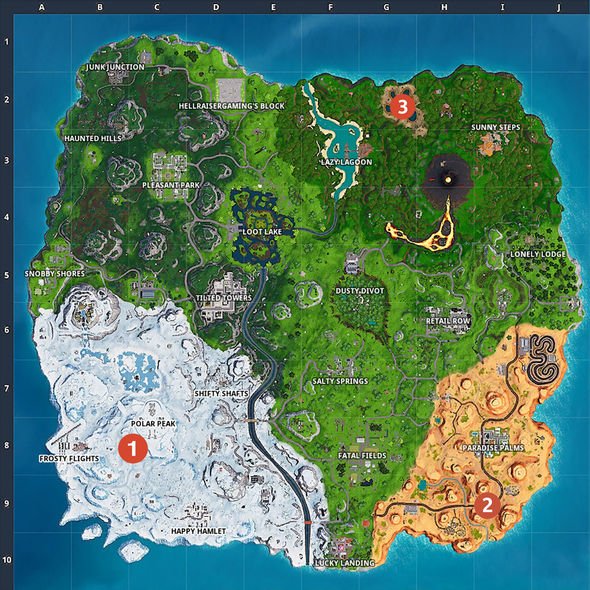 Marked as ‘1’ on the map above, the three ice sculptures can be found south-west of Polar Peak.

The second part of the challenge tasks players with dancing between three dinosaurs. The three dinosaurs can be found surrounding the road on the I9 map square (‘2’ on the map above).

The third and final part of the challenge tasks players with dancing in between four hot springs. The four hot springs can be found east of Lazy Lagoon, on the G2 square of the map (marked with a ‘3’ on the map above).

Just head into the middle of each location and perform a dance emote to complete the challenges.

The remaining Season 8, Week 9 challenges can be seen below…

• Deal 500 damage to opponents from below

• Revive a teammate at a Reboot Van