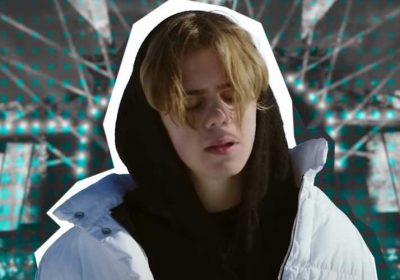 Reports came a few weeks ago that Fortnite was kicking off 2023 with a bang. Kid Laroi was said to be hosting a Fortnite concert sometime later in January, pinning the 19-year-old Australian singer up with the likes of Ariana Grande, Travis Scott, Marshmello, and J Balvin.

At the time, we were told that the Kid Laroi concert would be held in-game on January 24 to 25. That might be a little short notice for a concert, but today, the official Fortnite Twitter channel has confirmed that a Kid Laroi collab is definitely on the way.

Tune into Icon radio in Fortnite and you'll be treated to Kid Laroi's discography, with the promise of more Kid Laroi content on the way. This hasn't yet officially confirmed an in-game concert, but renowned Fortnite leaker Hypex said that it'll definitely be happening later this month. Earlier today, Hypex confirmed that he'll even "have his own ICON skin & a cosmetics bundle, and it looks like the concert is made in Creative!" Those cosmetics weren't defined, but we can likely expect back bling, some emotes, and a pickaxe skin at the very least. And of course, an Icon skin means you can run around in the battle royale game looking just like Kid Laroi.

The earlier leak stated that the Kid Laroi concert will come only after the Dead Space collab, which a new leak today finally provided some details. Turns out that collab will be a cosmetic pack that features an outfit, two back blings, a pickaxe, a build-in emote, and 1,500 V-bucks. Expect that bundle to drop sometime in the next two weeks, so there's still time for Kid Laroi's concert to start next Tuesday.

In the meantime, Fortnite just got its v23.20 update that adds the new Falcon Scout tool. It's basically a drone that can pin, place markers, and emit a terrifying "caw" sound to mark all opponents in a set radius. It can also rescue downed teammates with a tractor beam and carry them to safety. It does leave the user vulnerable, however, as operating the Falcon Scout means setting aside your situational awareness, but the risk could be well worth the rewards.