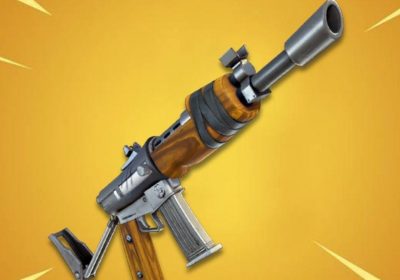 Epic Games pulled the controversial Shockwave Hammer from Fortnite pretty suddenly this week. It did promise the weapon would return though, and following today's update, it's already back. Not to mention the Burst Assault Rifle has been unvaulted, returning to the island for the first time since the first season of chapter three, plus players can hurdle again.

No, it's not the crossover content that comes with some Fortnite updates, but there's a lot more to unpack here than most players probably expected. Top of the list is the return of the Shockwave Hammer. Those who love the weapon have likely been crying into their shield potions for the past 36 hours, while the other half of the player base who hate it will now be the ones filling jars with tears.

What exactly Epic has altered when it comes to the Shockwave Hammer isn't yet clear. People playing the game over the course of the next few hours will likely discover what has been changed and whether those aforementioned players who hate the new item will now be a little more accepting of it potentially sticking around for the long haul. Plus, hopefully no more roofs falling on players after being sent flying by the hammer.

The hammer isn't the only weapon to return to Fortnite via today's update. Also unvaulted is the Burst Assault Rifle which was gone for a lot longer than the Shockwave Hammer. The AR variant was removed from the game during the first season of chapter three, meaning it has been gone for over a year. Hurdling has also returned to The Loop, giving players an additional way to run and leap around the island.

Chapter four has already been a busy one when it comes to items and weapons coming and going. Deku's Smash, which was brought about by the My Hero Academia crossover, was a controversial addition. Partially because it was deemed to be overpowered, but mainly because some players belied it to be an epilepsy risk.