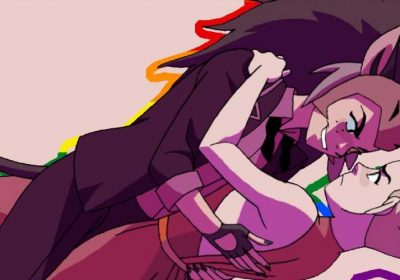 She-Ra and the Princesses of Power first came to Netflix four years ago. It simultaneously feels like no time has passed at all and the cartoon is a distant memory. Under the creative vision of Nate Stevenson, Dreamworks conjured up a magical adaptation of the classic hero that pushed forward queer representation in the medium while managing to tell a touching, deep, and unforgettable story of self-love and acceptance. It changed everything for me.

I also finished my first full rewatch of the series this past weekend, meaning it’s the perfect time for a gushing retrospective of a show I had no idea would turn my life upside down. I watched it on a whim when it came up in conversation with a friend, and from there I sank into the fandom and jumped aboard the Catradora train. I haven’t looked back. Being a part of the conversation as new details trickled out and collections of episodes dropped was a feeling I wouldn’t see recaptured until The Owl House and Amphibia, with fans eagerly theorising on every little detail to see where Adora and Catra’s story was set to go next.

When it comes to narrative I am an absolute sucker for the slow burn, and that goes double for romance. I want to see character dynamics bubble to the surface for several seasons, torturing myself with the question of ‘will they or won't they?’ as a much larger plot unfolds in the background. This was always the case with She-Ra, especially given the fact its central relationship wasn’t poised to be solidified until partway through its production. Stevenson planted the seeds early on, with fans quickly picking up on the chemistry between our two female leads and how they had the potential to be far more than friends.

Even as the final season drew closer there were lingering doubts that it wouldn’t come to fruition, and we were all clowning on ourselves for even entertaining the possibility. Looking back, it couldn’t have gone any other way. Adora and Catra were meant for each other, and their love reinforces everything the show sets out to achieve in its themes and storytelling. It is a tale of learning to love yourself in spite of trauma, and overcoming systemic problems that demand you behave a certain way and don’t have the right to escape a rigid upbringing. A mantra so many queer people can relate to, and one that remains relevant all these years later.

It isn’t until the very last moment that Adora comes to the realisation that she doesn’t just exist to protect and serve others, and that authority can be stripped away to show that she too is deserving of love, of someone to spend her life with who has a firm knowledge of her strengths and weaknesses. Their sapphic love literally saves the universe, proving that acceptance can stifle out even the darkest of evils if we simply allow it to. 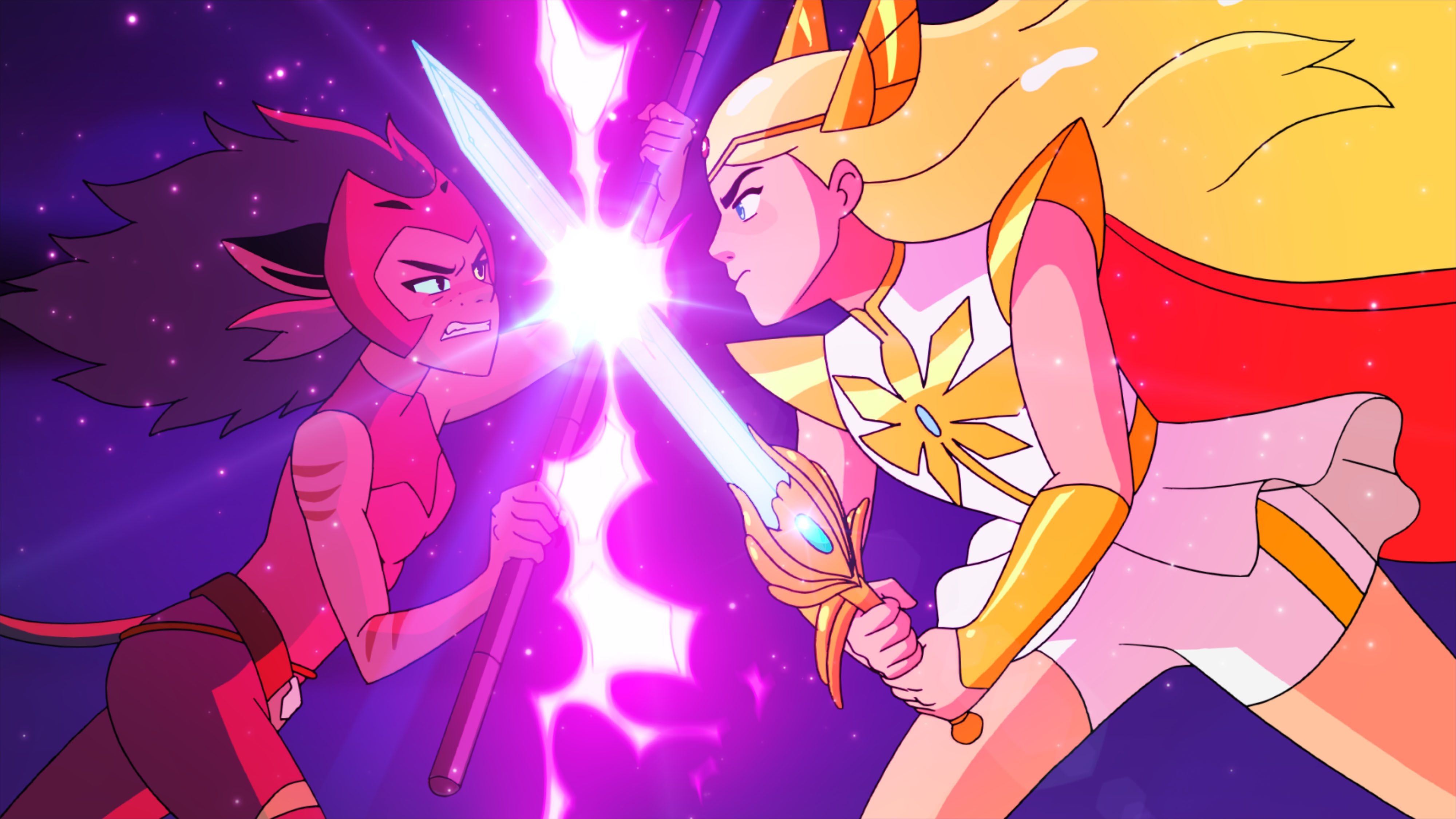 You can often judge the quality of a show by the longevity of its fandom, and She-Ra has weathered the storm like so few have before it. I have so many friends in the community who are frequently producing gorgeous fanart and excellent fanfics, finding new ways to interpret the original narrative while giving these characters far more nuanced development by taking what came before and making something entirely new. After the war depicted in the show we know of so many characters with room to grow and become better people now the universe doesn’t need saving. Catra spent much of the show as a fascist clinging onto revenge and denial, fuelled by a rejection so monumental that it changed her entire worldview. Now she has love, but so many of her bad habits and traumatic tells return for her to work through.

The same goes for Adora – she has embraced the idea of love and acceptance, but applying that and dispelling routines that she’s grown so accustomed to is arguably harder than her initial realisation. Bow, Glimmer, Scorpia, Perfuma, Mermista, Frosta, and pretty much all those on the main cast have arcs sporting foundations made up of relatable themes and a notable throughline of queerness. Like I said, it’s an almost unrivalled slow-burn that stuck the landing in ways few shows have before, and that has resulted in a legacy that we continue to celebrate. Fans still make campaigns for a film trend on Twitter most weeks, even if DreamWorks refuses to take notice of the obvious demand. That, and I think the show was a personal project for all those involved, and who are we to demand a return to something that might be better left untouched. Who am I kidding? I want it. I need it. Please give it to me. 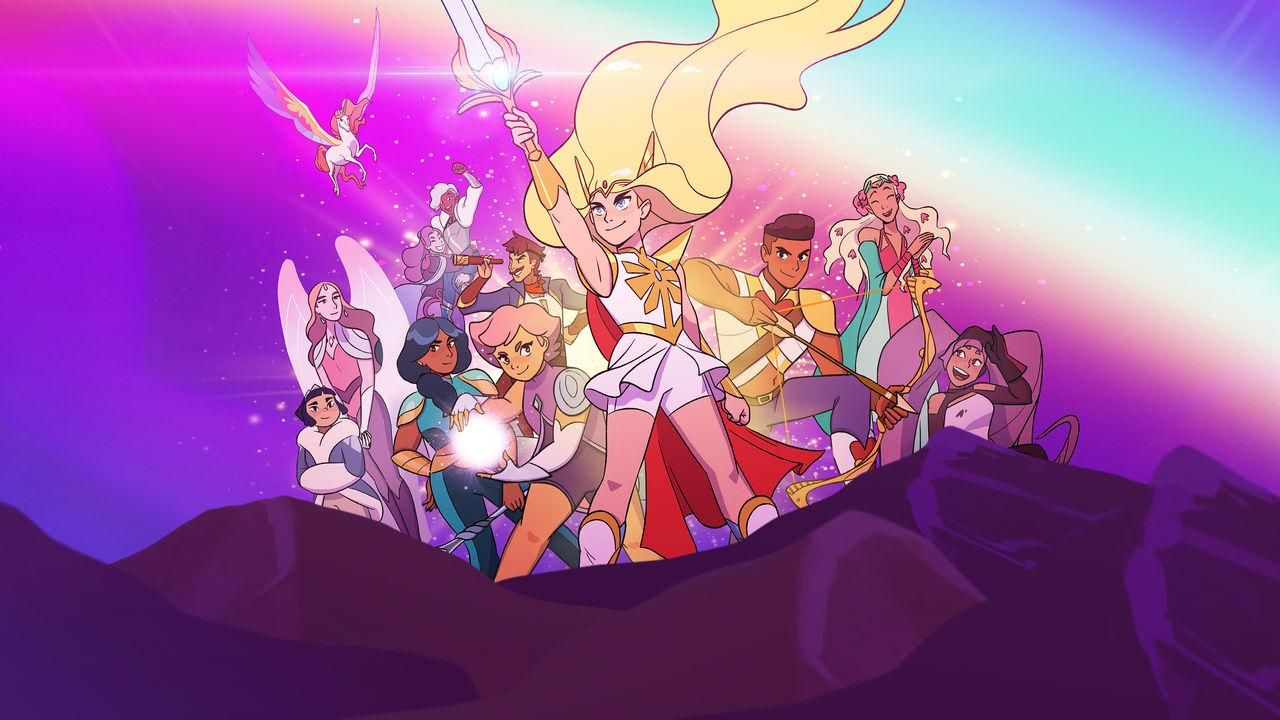 When it comes to LGBTQ+ representation, She-Ra is both a stepping stone and a clear benchmark not just for animation, but popular culture as a whole. Steven Universe was the show that allowed Stevenson to pitch his vision of She-Ra, while this likely opened the doors for Dana Terrace to go hard on The Owl House, and we will continue to see these building blocks climb higher and higher as inclusivity is no longer a dirty word to be shunned, but normalised. Each and every push forward is groundbreaking in its own right, and queer audiences are often left in disbelief because we somehow made this happen. Even this gem was holding itself back, but the queer implications were so clear to see even from the earliest of episodes. Knowing the crew were finally given the freedom to see this vision through to the end is a victory worth remembering, and one I’ll carry with me forever.

She-Ra helped me come out as trans, gain confidence in my pansexual identity, and get a bunch of tattoos that I definitely won’t regret. It made me pursue a career in queer critique across games, animation, books, and so many other mediums, and since then I’ve worked with and interviewed people I’ve long idolised in this space. A surreal turn of events, but none of it would have been possible without this adaptation that was unapologetically itself every step of the way. Four more years from now and I’ll be thinking about it all over again. 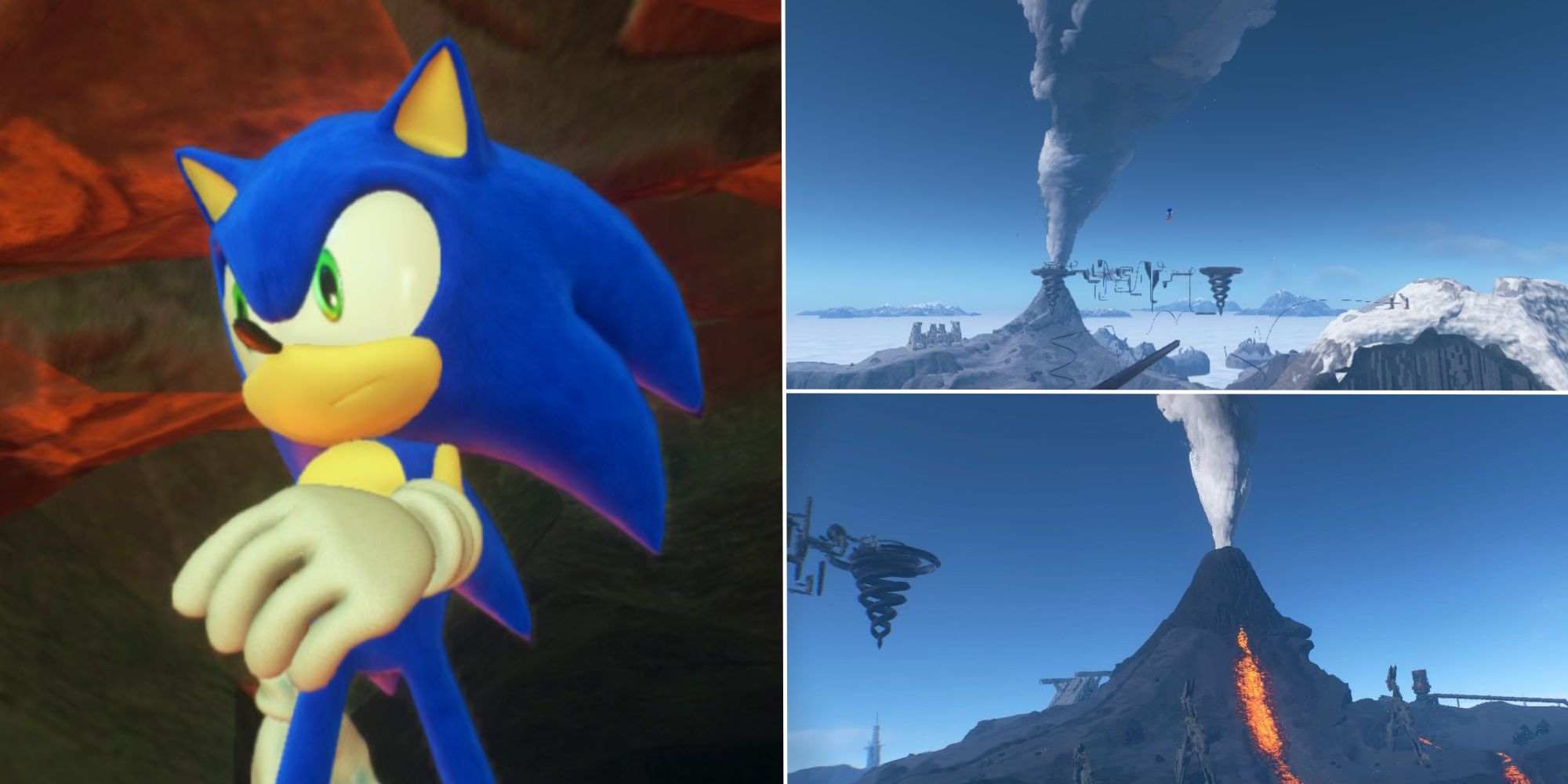