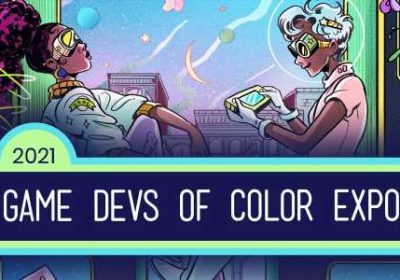 The Game Devs of Color Expo will take place as an online-only event on September 23 to September 27.

The sixth annual event will highlight game developers who bring a lot of diversity to gaming but don’t always get a chance to be in the limelight. The mission of Game Devs of Color Expo is to amplify the creative power held by people of color in games by organizing revolutionary events, uniting our vibrant community, and building access to knowledge, funding, and opportunities.

“The Game Devs of Color Expo started because of the games industry status quo,” said Chris Algoo, cofounder, in an email to GamesBeat. “Everyone who founded, and currently organizes the GDoCExpo hails from the New York metro indie scene, but we had all traveled across the globe giving talks, showing games, and working to make space at events that didn’t seem to have space for us.”

This year’s event features an exciting array of talks from the developers behind Button City, Gnog, Lionkiller, She Dreams Elsewhere, Sephonie, Validate, and more.

“Our experiences led to many discussions about how creators of color are treated at a vast majority of games events. We’ve seen that these events, in their efforts to ‘diversify’ were not servicing marginalized people in a way that felt like they were trying to make great strides toward changing the status quo,” Algoo said. “We’ve seen ourselves and other creators with their games and their talks be put into separate parts of events and labeling them as “diverse” or “advocacy” spaces, which is more of a way of ostracizing our work, rather than including it among the rest of the work. It doesn’t feel good.”

Algoo added, “So the Game Devs of Color Expo was born from a premise? What if we worked with people of color game devs and featured their talks and their games? Would that be something people could rock with. Would that inspire more developers to shoot their shot? The answer was a resounding “Yes!”

Algoo said the first event in 2016 was modest, but impressive. Our second year we moved up to the Schomburg Center for Black Research in Harlem, New York, allowing us to have the amazing community of Harlem as attendees.

Since then it has grown exponentially with the help of sponsors, speakers, and exhibitors who support the goals, Algoo said.

“In terms of support, we definitely got a huge bump last year,” Algoo said. “Every sponsor who came on helped us make our event better for everyone. And thanks to some grant sponsors we were able to give $90,000 in grants to six amazing teams/developers from our community for the first time. We’re keeping that momentum going this year by adding another day of talks and an entire day for networking, essentially doubling the length of the event.”

As with last year’s expo, virtual attendees will be able to access a private online conference space that’s designed to encourage conversation and collaboration.

Above: Game Devs of Color Expo will be online-only this year.

The expo is also hosting several panels, touching on a variety of relevant industry topics.

“Cooperating as Game Worker Cooperatives,” will provide an overview on the history of worker cooperatives, with panelists Alex A.K. (Soft Not Weak), Eva-Léa Longue Ngambi (Lucid Tales), and Francesca Esquenazi (Future Club) sharing their experiences with this little-known business model.

The full lineup of speakers and participating games will be revealed at a later date.

Game Devs of Color Expo was first envisioned by founders Catt Small and Chris Algoo in 2016, who sought to construct a safe space where people of color from any and all intersections of identity could connect to discuss their passions and projects.

Passes for the event are priced on a sliding scale between $20-100, depending on the needs of attendees. Working members of the press can apply for a media pass here.

Asked why the event is online only, Algoo said, “The first reason was COVID-19 has not gone away, has only gotten more infectious, and despite what the CDC says, it would be irresponsible to run an event that invites people from all over the world to come together in person. We also found that running an online event allowed many people to attend who normally wouldn’t be able to make the trip, including many from countries who can’t get the vaccine as readily as in the US. We love our global community and we want to do what’s best for them.”

Algoo added, “Whenever we decide to run an in-person event again, we’re going to ensure that it’s as safe as possible. And, since our online experience resonated with a broad swath of people, we’ll make sure remote attendees continue to have a great experience even when in-person is an option.”