Home » News » Games Inbox: How to buy a PS5 from Amazon

Games Inbox: How to buy a PS5 from Amazon 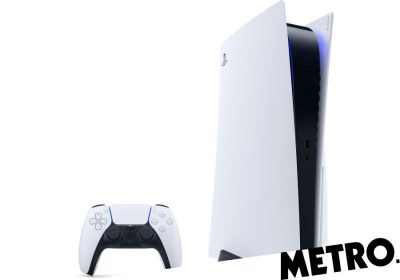 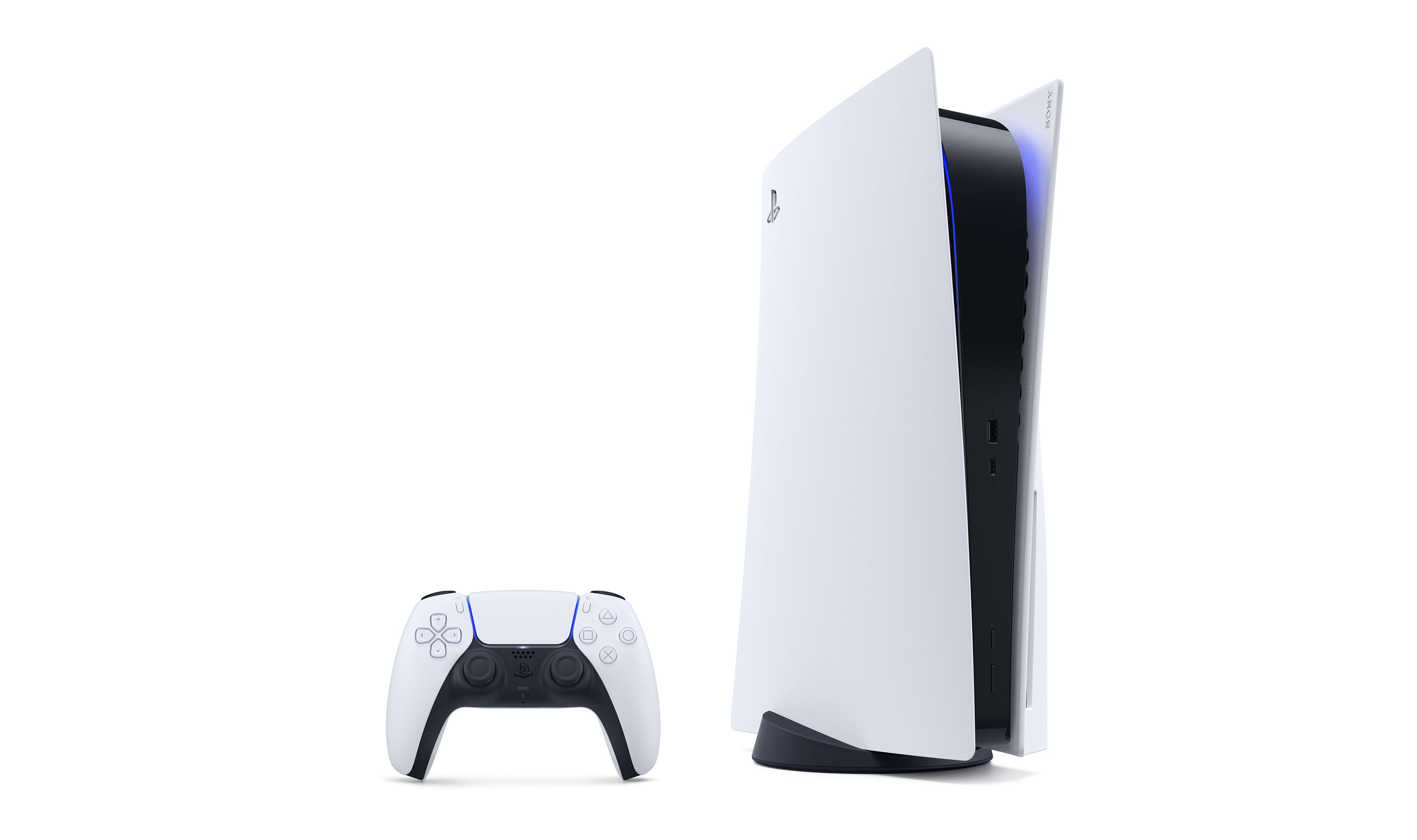 The Thursday Inbox gets to see if its Nintendo Direct predications were accurate, as one reader wishes Elite: Dangerous was more fun.

Voice of experience
Having just luckily managed to get a PlayStation 5 I wanted to tell people how I managed to get one so they might be able to use the same method to get one themselves. With the recommendation of a couple Underboxers I installed the Discord app on my phone and got the Discord invite from Stock Informer and signed up for notifications on my phone and PC browser and Discord app. By doing this I got a notification on my mobile at 8.37am on Tuesday to inform me the PlayStation 5 was in stock. I already had my Windows 10 computer on the Stock Informer website and I rushed to it to refresh the page and check where the stock was and it was on Amazon.

I went to the Amazon page for PlayStation 5, which I had bookmarked on Firefox on my PC, and then I clicked ‘add to basket’. But then the PlayStation 5 was not in my basket. So I refreshed the page a few times to get the page to come up, as there were a few errors because of the heavy traffic, and then it came up with the ‘buying options’, so I clicked on this and then it had the yellow ‘add to basket’ button and I clicked it, checked my address and went through checkout as quickly as possible and I got my order. It arrived at my home at about 9am the next day by DPD.

I had an alarm set on my computer to let me know when the PlayStation 5 stock came in on the Stock Informer website but I think I got the notification slightly quicker on my mobile than the PC. When I had the alarm set on my PC in the browser the other week the alarm did not go off but I think this was because Stock Informer’s website had a lot of traffic, which caused it not too work. But I think using the Discord notifications this week helped, as Discord could cope with the heavy traffic.

Thank you for Floyd and Ignatius J Reilly for their help in getting my PlayStation 5. I hope this is helpful to other readers.
Andrew J.
PS: Rage 2 and Absolute Drift are free on Epic Store from today at 4pm.

Giving up
Having tried to get a PlayStation 5 since launch with no luck, and rumours of no real stock levels for months, I have decided to give up. I can’t be bothered with the current waste of time trying to get one.
I had a PlayStation 4 until two years ago, sold it, got an Xbox, then sold that ready for a PlayStation 5.

I gave just bought a PlayStation 4 and will catch up on exclusives such as Spider-Man, The Last Of Us Part 2, etc. that I missed.

I will get a PlayStation 5 Christmas maybe, or next year, but until then, I’ll stay as I am!
Anthony Naisbitt

Stuck in the past
Sad to say, but first impressions of the Balan Wonderworld demo are certainly inauspicious.

From the inadequate animations and controls to the bland, antiquated visuals, unexciting special abilities, floaty platforming physics, and pedestrian level design, Yuji Naka’s return to gaming does not inspire confidence at all at this stage.

The opening level just screams retrograde and something straight out of the N64/PS1/Saturn era. I would be shocked if the rest of the game represented any marked improvement on the opening. Real bummer too as I was really looking forward to this, as there aren’t enough 3D platformers these days.

Considering it’s out next month it seems like Balan Wonderworld would’ve benefited from staying in gestation for a minimum of another 365 nights. Naka-san and co. should’ve allowed the project to only hatch when it became more of a… dreamy proposition.
Galvanized Gamer

GC: At this point we have to entertain the thought that Yuji Naka simply isn’t very good at making modern 3D games.

Not so furious
I finished Bowser’s Fury last night and I have to say I’m very impressed. Firstly, as a ‘free’ extra it’s fantastical value. It’s relatively short but a completely new game that’s very different from the main one or indeed any other Mario game. Nintendo didn’t have to make it at all (they didn’t for the considerably worse New Super Mario Bros. U) and yet there it is.

But it’s also a pretty neat variation on the Super Mario 64 style of game. There wouldn’t have been much point to have all the ‘worlds’ spread out like that but making them islands where Bowser swims between is great and means it never feels contrived. It was a bit easy but overall I had a lot of fun and would happily have paid money for it and would welcome a sequel.
Messi

Dangerous thoughts
Is anyone else really frustrated with the direction Elite: Dangerous has taken? When I was imagining what Elite 4 would be like all these years I imagined some massive blockbuster that would be the talk of gaming. But what they’ve made, although successful, is this really niche, highly technical space simulator.

I know Frontier was like that a lot but I always imagined a state-of-the-art Elite as being a lot more… fun? With proper characters and stories and that sort of thing.

If it’s found its audience then all power to them but I’d really much prefer something a bit more accessible and light-hearted in my space trading game. The original was influenced more by The Hitch-Hiker’s Guide To The Galaxy than anything else and you’d really never guess that from the new game.
Ponzi

Avenge me
Count me as another person that just doesn’t get what Square Enix is trying to do with Marvel’s Avengers. They had all those characters and they choose the first two as female Hawkeye (which I didn’t even know was a thing) and OG Hawkeye (who is nobody’s favourite).

The only way I think this could possibly have seemed like a good idea is that they thought the game would be such a smash hit that people would eat up the boring characters as well, while it was still fresh, and then the better ones could be kept back for when things slowed down.

The problem, apart from COVID, is that boring characters take just as long to make as good ones (I assume, more or less at least) and now we’re talking March before we’ve even got over the Hawkeye obsession. And the bad guy is an evil future version of Hulk?! It just seems like they’re not even trying.

The best thing to do would be call it a day and make a Miles Morale style sequel, where it’s basically the same graphics and gameplay but a different story and enemies, and concentrate on single-player. But something tells me they’re not going to do that.
Taylor Rune

The original Netflix
All this talk about who is going to be the ‘Netflix of gaming’ makes me wonder, has Netflix themselves ever shown any interest in streaming video games?
Phil

GC: That’s an interesting question. They haven’t really, although they’ve been happy to encourage interactive shows like that Black Mirror episode and a version of Minecraft: Story Mode. Castlevania also started a minor trend for video game adaptations. But while Netflix has said they might look at video game streaming in the nebulous future it doesn’t seem they’ve committed any serious thought, or resources, to doing so.

How did he do?
Okay, so with it being the first feature length Nintendo Direct since September 2019, I’ve decided to make some predictions. The Direct will have been broadcast by the time this is published, so you can all laugh at how wrong I was.

Zelda’s 35th anniversary will see The Wind Waker HD and Twilight Princess HD bundled together. Skyward Sword HD will be sold separately. Both will be available for a limited time. We’ll see a brief trailer for Breath Of The Wild 2 but it’ll just be ‘coming soon’.

Resident Evil Outrage will be shown with a release date in the not too distant future. Resident Evil Village will also be teased as coming to Switch via streaming, à la Hitman 3.

Monster Hunter Rise will have a decent segment of time.

The next Smash Bros. character will be Doomguy.

Captain Toad 2 will be announced for June.

Donkey Kong gets a new game as a follow up to Tropical Freeze, slated for May.

Animal Crossing will have another six months of content, including Brewster’s Coffee Shop.

Mario Golf will be announced as ‘late spring’.

And that’ll be it. How close was I?
Matt

Inbox also-rans
I love a bit of Nintendo speculation because nobody can ever get it right, even most of the rumours get it wrong. That said, I will be disappointed if we don’t get some kind of Zelda announcement tonight, even if it’s just remasters of remasters.
Coldint

My ‘it’ll never happen’ hope for the Nintendo Direct is a new Advance Wars at last. I know it’s an Inbox favourite but apparently it’s not very big in Japan and that’s why it never gets made anymore.
Onibee

This week’s Hot Topic
The subject for this weekend’s Inbox was suggested by reader Austin, who asks what game do you remember thinking would never be beaten in terms of graphics… and now looks laughably outdated.

I can be any game from any era or format, as long as you thought at the time that graphics were never going to get any better (or at least not by much). Was the thought justified and did the game in question prove to be an important milestone in gaming or just one you happened to be impressed by?

Are you still regularly impressed by video game graphics or do you worry that they’ve reached a plateau and are now only slowly improving? What do you think of next gen visuals so far and what’s impressed you the most?