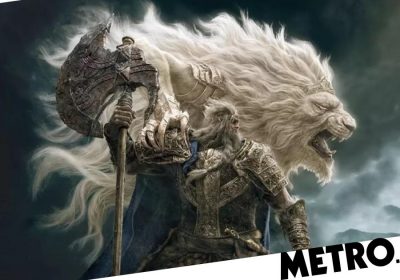 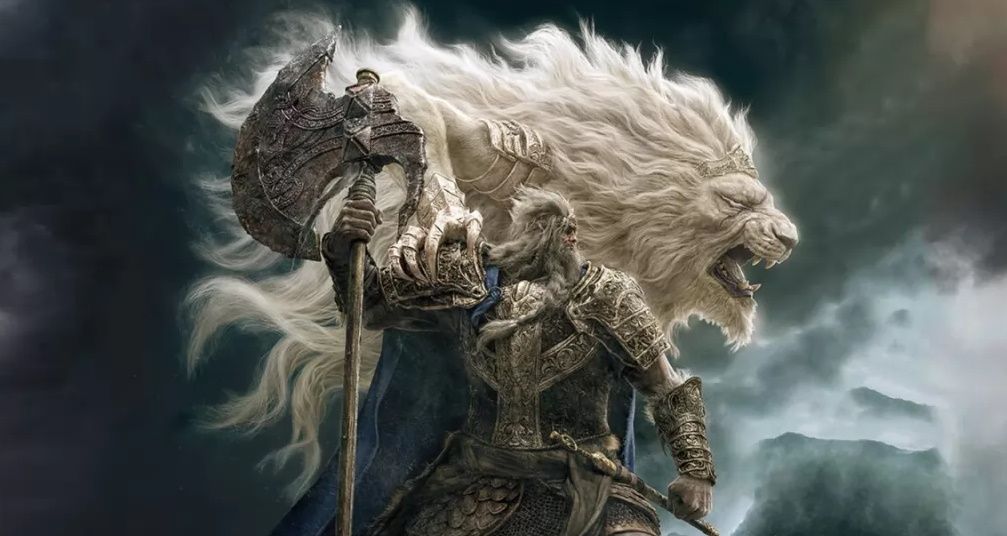 The Tuesday letters page is unimpressed by eFootball 2022’s v1.0 patch, as one reader is pessimistic about Warner’s DC Comics plans.

The big one
I love that the biggest complaint against Elden Ring so far is that it might not be the best thing FromSoftware has ever done. I haven’t heard anyone say they actually dislike it and its lowest review score on Metacritic is an 8/10. I don’t think I’ve ever seen a game get such a great response and universal acclaim, but it’s the fact that it’s selling so well that has pleased me so much, given what a challenge it is.

With that in mind I saw a rumour today about Sony buying FromSoftware. I don’t think it’s true, and no sensible website has reported it, but it put it into my head that it was a good idea and could be the ‘big one’ that is rumoured for their next acquisition.

I know From is actually owned by another company but it seems to me they could easily come to an agreement to buy them or just buy both companies. Do that and they’d own arguably the most talented developer working at the moment. They wouldn’t own the Elden Ring name but given that was a new franchise, after Dark Souls, that shouldn’t matter.

Who knows if it’ll happen but I hope that’s the sort of scale of thing Sony is thinking of. It’d also explain why there’s been no news about Bloodborne recently, not even a PlayStation 5 patch. Here’s hoping.
Mogwai

Unconvincing explanation
I’m not sure I understood any element of that Portal 3 story. Valve are worried that a third game wouldn’t make enough money? Steam is a licence to print money and they’re worried one medium budget game will only make a relatively small profit?!

And we’re wrong to think Valve sit around all day doing nothing because they’re actually really busy all the time? Busy doing what exactly? You can’t say that and expect people to accept it without giving some kind of example of what’s been keeping such a large company busy for over a decade.

PlatinumGames might be going down the drain but you can’t convince me that Valve aren’t the biggest underachievers in the whole games industry. They were top of the world 15 years ago and now they’re just shopkeepers. The most confusing thing is why anyone that likes making games hasn’t just left years ago.
Nostro

Three easy questions
Genuine questions, without a gavel banging judgement by myself if your answers differ. Do you think FromSoftware might try another genre for their next game? Are you of the opinion that Bloodborne 2 would be welcome or is it best left with just the original classic (maybe just receive a PlayStation 5 update)?

Having finally just been crushed in a total bullet hell inferno during Phase 6 in the Ascension Tower of Returnal, with a locked 60fps somehow maintained, I’m now convinced that mechanically, it’s the best third person shooter ever made. Do you feel that’s a bit hyperbolic?

I’d say yes to the first, no to the second, and for the third I’d say that it is the best that I’ve played.
Wonk

GC: From’s next game is believed to be an Armored Core game (a giant mech sim), so that’s the first one easily answered. The second question isn’t really whether anyone wants more Bloodborne but whether it’ll be up to the same standards as the first, which is unanswerable. As for Returnal, let’s put it this way: it’s certainly the best third person shooter of this generation.

Funny praise
Can I just be unoriginal and say how much I’m loving Lego Star Wars: The Skywalker Saga? I’ll try and make a slightly different point to others and say two of the things that have impressed me the most are the jokes and the puzzles. There’s a lot of slapstick in the story missions, that’s very childish, but the hub missions tend to be aimed a lot more at adults, with lots of jokes only they’d get and plenty of digs at the plots of the movies.

The one I’ve just done about how kids love politics had me cracking up, as it’s obviously aimed at the prequels, but there’s lots of other good stuff, like poking fun at the Codebreaker nonsense from The Last Jedi.

The hubs are the real heroes here, as there’s just so much to do and so much of it is completely different. Sure, there are some repeated mission types but at the very least they have different jokes and even if it’s something like the escorting Gonk droid missions you get a great reward for doing them all. This year really has been great for games and Lego Star Wars is really up there with the best.
Jiggles

Gaming priorities
RE: Gorf’s Reader’s Feature. We must remember that gaming is a business and any business survives on profit. No profit, no new games. But there is making profit and there is taking people for suckers, Gran Turismo 7 broke that line.

Also, the reason racing games, beat ‘em-ups, shoot ‘em-ups, and platformers have lasted as long as they have is there is nothing wrong with their formulas. But in today’s age it is a stark choice for many between buying food in times of shortage and gaming. And I know which one I would plump for (buying food).
David Reed

Retail suicide
I like the idea of Warner finally realising they’re sitting on a goldmine with DC Comics but it’s hard to get excited when you know a good game takes five years to make and none of these changes they’re (very vaguely) hinting at are going to come into effect until at least then. Even Suicide Squad isn’t till next year and we’ve known about that for ages.

It just all seems too late. A solo Batman game hasn’t been announced yet so that’s at least 2026, as is a Superman game if they really have the guts to do it. It just all seems too little too late, especially as I suspect Gotham Knights and Suicide Squad won’t do that much, as neither have looked great in previews. And that’s going to make Warner think twice, so maybe we’ll get nothing at all new.

At the same time Marvel will have Spider-Man 2, Wolverine, and Midnight Suns, from developers that you can basically guarantee will do a good job. I might have put Rocksteady in that same camp during the Arkham but I can’t pretend there’s anything about Suicide Squad that’s making me feel optimistic.
Macha

Ganging up
I wrote in a week ago because of my difficulties with the final boss on Elden Ring, so I’m not sure I have the right to disagree with other people’s struggles but I didn’t really find the Godskin Duo to be too hard. Perhaps if you are trying to avoid using summons? But if you summon Knight Bernahl as well as another of your choice, for example the Mimic Tear, they didn’t seem too hard.

By that stage in the game you should have the option to re-spec your character too, if you feel they aren’t suited to melee or magic. In all, the fight lacks the instant death possibility of some of the others. Perhaps my view is overly rosy, I finally managed to beat the last boss, so everything seems pretty good at the moment. If so, I apologise.
NickG

GC: Many people find multiple bosses at once especially hard. We’d certainly say that the Godskin Duo on their own aren’t that tough.

Free game
I was considering buying FIFA 22 in the PlayStation Store sale a month or so ago, when it was reduced to £25 on PlayStation 5, which seemed like a good deal. In the end, I opted against it because I thought I wouldn’t play it enough to warrant that outlay (I have no interest in Ultimate Team, it’d mostly be the odd game against the computer to kill 10 minutes).

I then saw that eFootball 2022’s v1.0 patch was due to be released last week, which sounded like exactly what I was looking for (i.e. pay little-to-nothing for the odd game of football).

When the v1.0 patch was released last Thursday, I downloaded the game for the first time to see if it fit the bill. It felt really threadbare, even for a free-to-play title, with only around nine teams to choose from. I also found the menu quite confusing, where the stores are pretty prevalent even though you can’t buy anything from them yet and certain modes are at the forefront despite currently being inaccessible.

I found the gameplay itself to be enjoyable enough, if not a bit slow-paced, but the killer for me was the inability to change the match length. Offering only five minutes for a match, in combination with the slow-paced gameplay (and, admittedly, my low skill level), meant that very few opportunities could be created and matches were a pretty boring affair.

I’d be intrigued to hear other people’s thoughts on the game now, but I deleted it after a handful of matches. Once they offer the ability to have longer matches I’ll give it another look. If that option is something that’s going to be locked behind a pay wall or season pass then it’s not the game for me.
Hubert

Inbox also-rans
Only Sega can fail to release a compilation of Mega Drive games in time for its only movie. How many seconds of work can that involved and it’s going to end up months late? Well, I suppose they did say everything they do takes ages.
Dempsy

That PlatinumGames story was kind of shocking with what kind of flop their last two games have been. They are going to get snapped up by Microsoft any day now, I’d bet good money on it. And basically just like Activision they’ll be getting them for a song because they’re not doing well right now.
Connor

This week’s Hot Topic
The subject for this weekend’s Inbox was suggested by reader Snake, who asks what video game movie would you like to see in the future?

Inspired by the success of the second Sonic The Hedgehog movie, what new adaptations do you hope and expect to see in the future? Do you have any faith they’ll be better than normal for video game movies? Why do you think your idea would work and do you have a cast or director in mind?

Do you think Sonic 2 will end up inspiring a new wave of video game movies and how do you think announced, but not yet seen, films like the new Super Mario and Metal Gear will turn out?