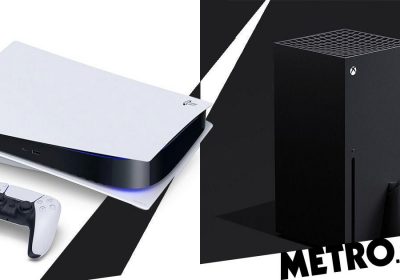 The Thursday Inbox is unimpressed by the first hints at Street Fighter 6, as one reader looks forward to the Battlefield 2042 playtest.

And yet, at the same time, I just don’t see how, in the long run, Microsoft doesn’t win with the double whammy of Game Pass and xCloud. Or to put it another way I have no idea what’s going to happen with any of this. For Sony’s lead to be eaten away Microsoft is going to need for something major to happen and while Game Pass is successful it hasn’t done the business yet and that means maybe it never will.

Their streaming could be their big breakthrough but that kind of depends on broadband infrastructure as well, and I don’t see that changing majorly for a good few years yet – basically the length of a console generation. Their next best bet is a hit game but while they’ve got some good stuff coming up, and some big names, I’m not sure any of it is going to be that big. Elder Scrolls 6 is probably the closest but that is years and years away.

So by the time anything is going to make a difference you’re into another generation of hardware and the board is reset yet again. And that’s all assuming Sony doesn’t start up its own Game Pass or have a major new IP of its own. They’re definitely in the driving seat at the moment and it’s going to be an interesting few years as a result.
Badgerman

Virtual difference
The only thing I ever need to know about tech specs is are they good? As long as I get a fairly coherent ‘yes, that’s it. I don’t care to know more. But the rumour that Sony is planning to make AAA games that have the option to play in VR as standard is very exciting to me. Sony has been great about their support of VR and I’m very glad to see they’re ramping it up even further.

Not that I want to look a gift horse in the mouth though, but I do wonder why. They can’t be making much money out of it and it seemed for a moment, in the gap between generations that they were just going to give up. Jim Ryan basically said as much. But then they announced the headset and haven’t looked back. I’m glad that’s the decision they made but I’d love to know why.

I also wonder why Microsoft is so against the concept. Even their one headset prototype was AR, not VR, and ever since they’ve just been passively-aggressively saying that VR isn’t worth the bother. It’s kind of like how Sony just ignores Game Pass and the fact that they could do exactly the same thing. It is so odd how the two companies are so different at the moment, after years of doing things almost exactly the same.
Fearious

Bad publicity
Anyone else think it’s a bit gross to have Activision drumming up the hype for Call Of Duty: Vanguard at the exact same time they’re being called out for being a horrible company to work at? I guess there’s no way round it but why do I get the feeling they wouldn’t been nearly as proactive if they didn’t have a big game coming out that they were desperate for people to not try and boycott?

Just like any business I guess but Ubisoft must be thanking their lucky stars that the spotlight is being taken off them. Especially as they seem to be even worse, at least in the sense that they already had their investigation and did virtually nothing about it, whereas Blizzard has already seen their president booted out.

The buzz around Vanguard is already pretty weak and it’s not going to be helped at all by all the bad publicity from Activision.
Kallum

Positive thought
Interested to hear how the Battlefield 2042 technical playtests go but I’m already sold to be honest (plus, I don’t think we really learned anything from the Halo Infinite ones, not that that was really the point). Really excited to play the whole thing and to see what EA will do if they do manage to unset Call Of Duty.

As other readers have said, they’ll probably turn evil the second they’ve got the upper hand but I’m going to be optimistic and hope they’ve maybe learned a thing or two. They shouldn’t have to, given how long they’ve been in this business, but I’m hoping that their answer to success isn’t going to be to immediately turn round and start gouging fans.

I mean, it probably will be, but let’s think positive for now.
Ambient

Simulation gamification
Fun review of the Thrustmaster joystick, GC. I too was surprised at how relatively cheap it was, as I assumed you had to buy the throttle separately. I have enjoyed Microsoft Flight Simulator as a novelty but there’s really nothing to it and I wish they’d either gone the Pilotwings route, which wouldn’t necessarily have ruined the simulation aspect, or just had combat in there from the off.

I know there’s some kind of Top Gun DLC coming but I don’t think they’ve confirmed it’s going any actual combat in it (are they suddenly going to invent enemy AI to fight?). I certainly can’t imagine them doing a whole story campaign or anything, as I don’t think the developer has any experience of that sort of thing. But without that there’s no way I’d buy an expensive controller for it all.

I know there used to be something called Microsoft Combat Flight Simulator, which was set in WW2, but if that is something they’re thinking of it must be a long way off. Personally I’d like to see it though or at least some attempt to turn Microsoft Flight Simulator into an actual game.
Togo

No new thing under the sun
I thought that story about the new Street Fighter 5 character might be overexaggerated, but it really does seem like Capcom are setting things up for Street Fighter 6. That’s all well and good but do they really want to do it with such a boring character? He just looks like a less interesting Guile and I don’t see anything unique about either his look or his abilities.

Obviously I haven’t played him yet but if there’s something special here, that’s meant to bring in a whole new era of fighting games, I’m not seeing it.

Capcom has had a lot of trouble making up cool new characters for the game and in that I can’t really blame them. There have been so many characters in so many games now it must be all but impossible to come up with something new. Especially for something that’s not completely whack-a-doodle like BlazBlue. Street Fighter characters are often weird but they’re not THAT weird, which must make it difficult.

I hope they manage to do something interesting with Street Fighter 6 as a whole because if this is a preview of the direction for the new characters it’s not grabbing me.
Gadfly

Happy Video Game Day
I don’t know if anyone has mentioned this before, sorry if they have, but they have got a large selection of video game cards on Moonpig for various occasions including birthdays, if you have someone you know who is into video games.

It includes cards for Xbox, Sega, Nintendo, Pokémon, Among Us, Star Wars, Batman: Arkham Knight and many more… Here’s the link.
Andrew J.
PS: A Plague Tale: Innocence and Speed Brawl are free on Epic Games Store from 4pm on Thursday 5th August. I highly recommend A Plague Tale, I
describe it to friends as Uncharted set in medieval times.

Big fish, small pond
It seems like there’s one obvious thing Konami could do with this eFootball that could change the game (no pun intended) if they still want to be viable against FIFA… that’s put the game on Switch. With the move to Unreal Engine, that is well developed on Switch, you’d think it would certainly be doable.

I have been playing Tony Hawk’s Pro Skater 1 + 2 on the handheld and sure… it’s a lot blurrier than PlayStation 4, sure it runs at 30fps and not 60 (or more if you have a PlayStation 5 or Xbox Series X) but it’s actually a consistent, solid port. Performance is robust, control is responsive and in handheld, it looks pretty good on that little screen even at 540p. It shows a fairly fast paced, precision controlled, Unreal Engine sports game is perfectly fine on the console.

FIFA on the Switch is pretty much a Legacy rollover for the 2018 PlayStation 3 version, but with new rosters, and near nobody seems to buy it. So if Konami came along with eFootball being the full fat experience in terms of content and gameplay it should give them a healthy advantage on a platform with an 80 million installed base. They’d be the only game in town.

GC: Actually, the Switch was the best-selling version of FIFA last week. We have no idea why (maybe it was in a bundle or heavily discounted?).

Inbox also-rans
Wow, they’re remastering? That really is scraping the bottom of the barrel! Although if it’s practice for new student developers they could probably learn a lot about how not to make a platformer from the original!
Firefly

Personally, I’d say Ghost Of Tsushima was probably a better multiplayer game than it was a single-player. It’s still better value to just buy the original on PlayStation 4 and get it free but Legends is really great.
Olly

This week’s Hot Topic
The subject for this weekend’s Inbox was suggested by reader Julian, who asks whether you’ve ever been reminded of a game by something mundane in real-life?

His examples include car journeys reminiscent of driving games and summer holidays that make you think of Far Cry, but it can be anything from a location being similar to a game to some small detail about an in-game object or gadget.

Was it just a one-off or have you had it happen a lot, and has it happened more as game graphics have become more realistic?