Home » News » Gearbox Is Hiring For A New Borderlands Game

Gearbox Is Hiring For A New Borderlands Game 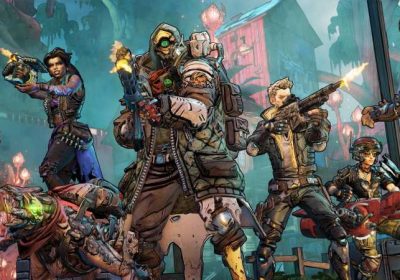 Gearbox CEO Randy Pitchford has revealed that the studio is currently hiring for the next Borderlands game, referring to it as “the big one.”

Pitchford took to Twitter on Thursday to squash the idea that Gearbox was only assisting with a spin-off Borderlands title, a rumor made popular by industry insider Jeff Grubb on his gaming news show on YouTube. Pitchford claims in his tweet that these rumors are “not accurate” and that any future Borderlands games, whether they be main entries or spin-offs, will be solely developed by Gearbox.

Pitchford then went on to tease Borderlands fans about a new game by revealing that Gearbox is hiring for “the big one.” This is likely a reference to either the next mainline Borderlands game or the rumored spin-off which Pitchford hasn’t denied is being made. What’s for certain is that there is a new Borderlands game currently in development, but how long we’ll have to wait for an announcement is still a mystery.

It’s not too surprising that a new Borderlands game is being made, what with the success of Borderlands 3. It may also be a lot closer than we might think when you take into account that Gearbox’s last “spin-off” title – Borderlands: The Pre-Sequel – came out only two years after the release of Borderlands 2.

It’s also possible that Gearbox could be working on a new game to coincide with the release of the Borderlands movie which has steadily been revealing its cast over the past year. Quite recently, it was revealed that Benjamin Byron Davis would be playing the game’s penny-pinching arms dealer Marcus Kinkaid. Launching a new game alongside the movie would be a good way to increase the potential sales of both.

In related news, Epic’s trial against Apple has revealed that Epic’s exclusivity deal with Gearbox for Borderlands 3 ended up seeing quite a lot of business directed towards the Epic Games Store. According to court documents, Epic made back the $80 million sales guarantee within two weeks and gained 1.56 million users, 50 percent of which were new to the storefront.