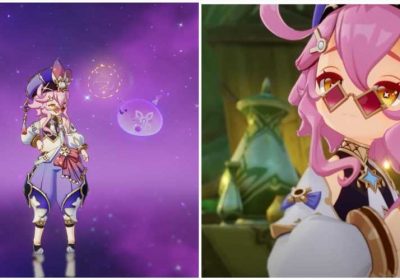 In the midst of all the possible Sumeru characters that are being released in Genshin Impact, we wouldn’t blame you if you happened to overlook our elusive merchant, Dori. While not a game-changing four-star character, she is one that you can mix into a lot of team compositions to add some variety.

A healer is always needed on the team where a shield is absent, but Dori also provides a lot of Energy Recharge for the team that she is on, especially if you have unlocked four of her Constellations. She’ll do damage, heal your character on the field, and regenerate elemental particles that your DPS needs to stay alive and keep up their Bursts.

Enter The Bell As A Viable Weapon For Dori 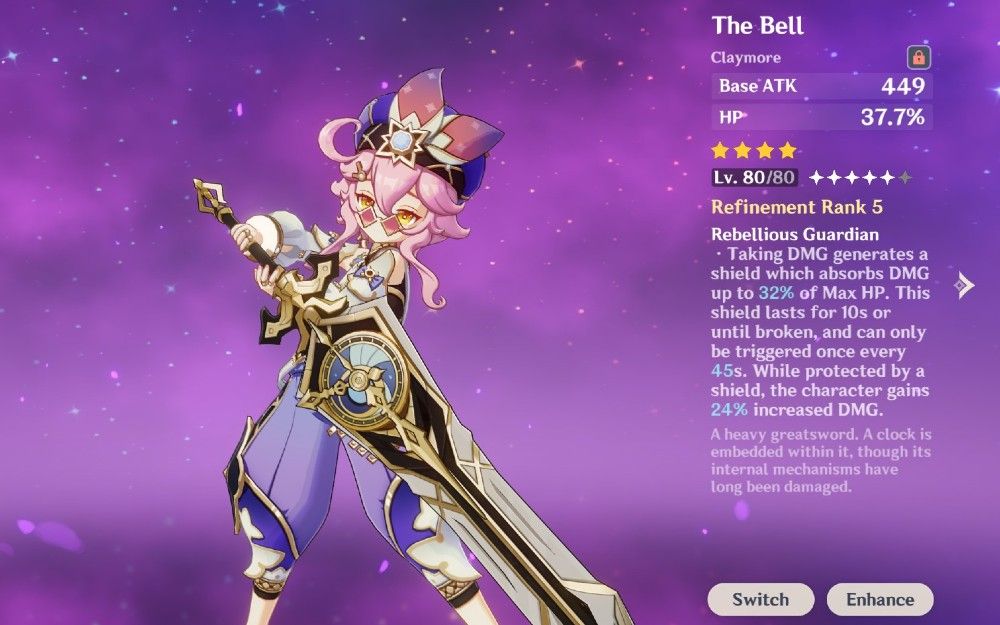 Finally, after all these years, we have a use for the Bell that’s been collecting dust in our inventory. Now, while there are many weapon options for Dori, including those that focus on Attack or Energy Recharge, if you’ve been looking for an excuse to make use of that tricky claymore then Dori is your answer. Not only does it give her a nice boost to her attack damage, but its main stat is HP percentage. This stat is vital for any Dori build, as you're going to need to make sure she does a lot of healing and damage.

One of the best team comps for Dori when using The Bell is Yelan, Xingqui, and Sucrose. Not only does it provide a lot of Energy Recharge, but it also provides a boost in Max HP by 25 percent due to the Party’s Elemental Resonance, Soothing Waters.

The only issue that arises from using the Bell is that certain team comps that are built mainly for DPS and aren’t balanced with supports will not retrieve enough Energy Recharge with Dori using the Bell. Unless you have another support on the team or an Anemo character to help, Dori’s Energy Recharge at C0 can be quite slow. Sucrose equipped with Sacrificial Fragments is a great way to generate extra particles if you need them. 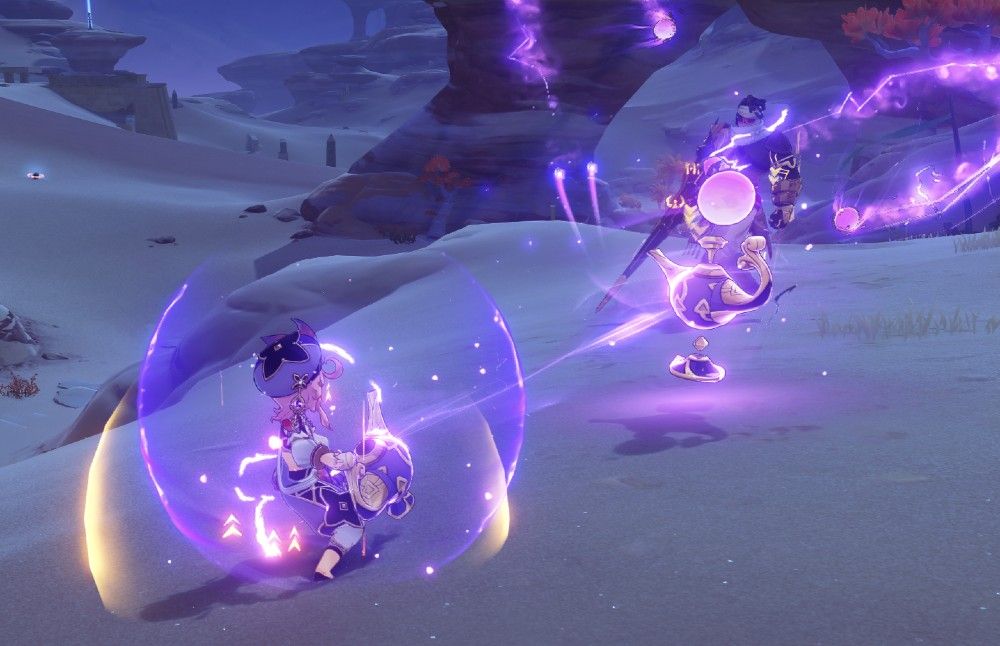 If you want to utilize more of Dori’s passives and increase the ability to regenerate particles for your team, then the Sacrificial and Favonious Claymores are the way to go. The Sacrificial Claymore enables you to use your character’s skill twice depending on the percentage, regenerating more particles to trigger Dori’s Burst. Doing so will not only keep your team healed, and trigger Electro to enemies, but it’ll also regenerate particles for the other characters on the field.

The Sacrificial Claymore starts at 40 percent, but if you happen to have many of them then it’s recommended to go ahead and refine the blade so that you can increase your chances of using your skill twice in a row.

The Favonious Claymore is a good standard weapon if you have it. For Dori, it’ll be even more useful for her support role because she will be able to continuously trigger elemental particles that aren’t just for her but for the whole team every time she crits on the field. So it’ll allow you to regenerate your energy for your other team members within your party. Depending on how you want to use your Dori, these three claymores will be the best for her and are interchangeable for which team comps she is on.

For this reason, Emblem of the Severed Fate would not be a half-bad artifact set to put on Dori so that she is continuously dropping particles to restore the team’s Bursts. If she is at 200 percent Energy Recharge, not only will she be dropping a lot of particles, but her burst will then do damage based on her Energy Recharge. 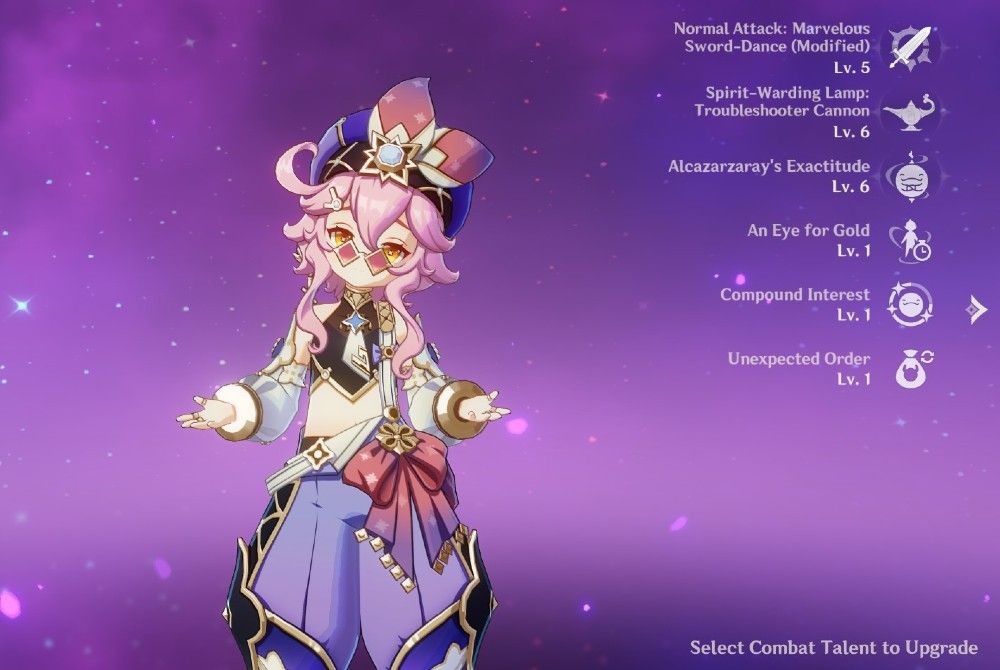 An Eye for Gold reduces the countdown for Dori’s Skill by triggering different reactions in relation to Electro. So optimal team rotations are going to want to include a variety of different elements so that you can use Dori’s Skill to take potshots at your enemy. Mono teams can work, especially if you happen to have Raiden because no matter what Energy Recharge Dori has, Raiden’s abilities will always restore them quickly. And with High Voltage that automatically triggers when you have two or more Electro types in your party, every time you trigger a reaction with another element, you’ll gain Electro particles.

Compound Interest is Dori’s second passive and perhaps the better reason why you would want to install an Energy Recharge weapon on Dori. You can also focus on that substat when looking for artifacts, since her main stat will probably be for HP percent. Every time Dori’s Skill hits an opponent, it’ll restore five elemental particles for every 100 percent Energy Recharge Dori has. If you build her with more Energy Recharge, Dori can restore ten elemental particles every time her Skill lands a hit.

Dori’s Burst And Skills: When and Where to Use Them 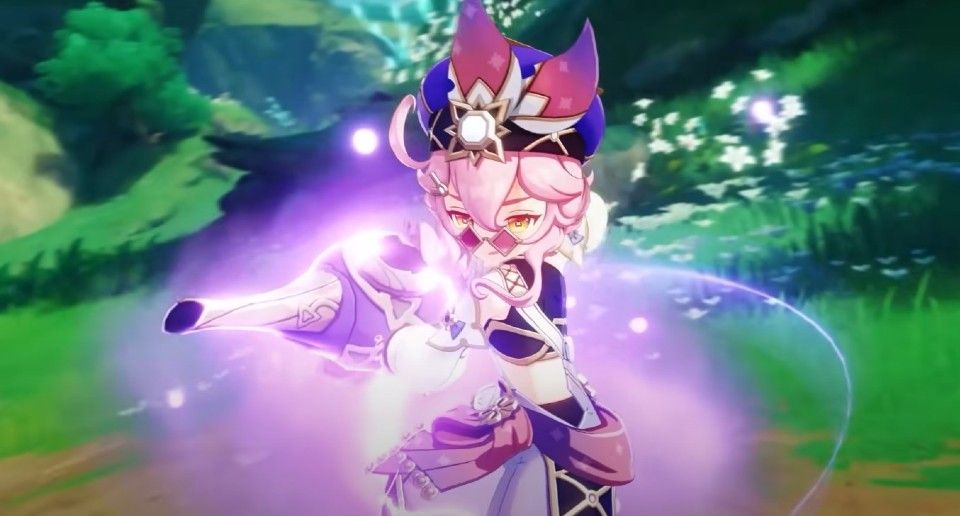 Dori’s Burst is pretty flexible in a lineup and whenever it is available, it should always be dispatched. It’ll help start regenerating particles for the team member who is out on the field using their own burst to help conduct elemental reactions that will only further Dori’s passives. Her skill is best used as a sort of potshot to take at enemies to deal damage, re-enact Electro onto the enemies, and get her burst started up again to regenerate. So while her Burst can be used at any time, it’s recommended to go ahead and when switching between characters, include her in between so that she is occasionally using her skill whenever it is ready and attacking enemies to better generate the energy recharge on her Burst and within her party.

Dori is a flexible battery character that can be plugged into a lot of different team comps. She has a pretty fun kit and is actually quite helpful in co-op situations. The range of her burst is just a bit better than Kuki Shinobu’s skill that can heal other characters as long as they are near the character when the rings pulsate. But as fun as Kuki is, Dori is much better for co-op situations because she’ll also be helping with the elemental particles needed for bursts among teammates.