Home » News » Get 25% Off Oculus Quest Games With This Code

Get 25% Off Oculus Quest Games With This Code 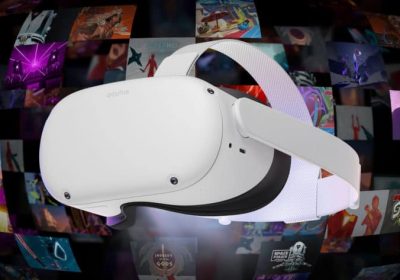 A mobile code on the Oculus app drops 25 percent off Oculus Quest games.

We don’t know how long this code will work so if there’s a game you’ve been wanting that was priced just a little out of your range, maybe don’t wait to use this code.

Mobile25 is the promo code you can enter in the Oculus app on a mobile phone for a 25 percent discount. You enter it on the purchase screen for an Oculus Quest app after you’ve put it in your shopping cart. It appears to be a one-time use code so you should be able to get one game discounted with this promo.

We tried it on the iPhone Oculus app with a couple games and it applied a discount to the game in the cart at the time. If you have an Android phone, please let us know in the comments below if the code works for you in the Oculus app on that device. And if you discover this code doesn’t work with a particular game or app, please also share that in the comments as well.

This is the first time we’ve seen such a discount code used for Oculus Quest games. Facebook frequently tests out an assortment of ideas with its products so we’ll be curious to see how long this sticks around. The company has been pretty consistent with pricing for Oculus Quest software, though there have been a few sales and limited time discounts offered since the original headset launched in 2019. That makes this promo code a pretty rare chance to get a Quest game at a discounted price. We spotted the code shared in an Oculus Quest 2 Facebook group.