Ghost of Tsushima: Forget about a PS4 release date, this news is far more exciting 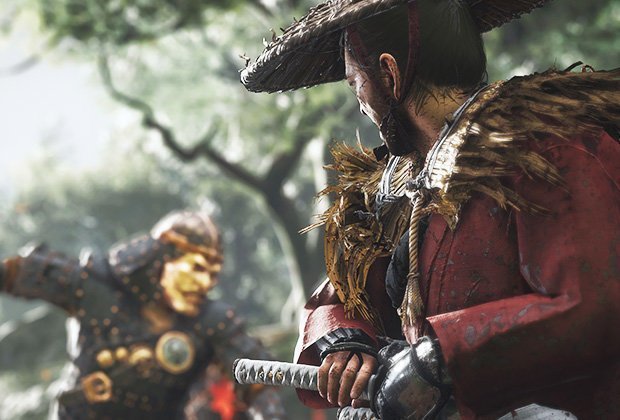 Earlier this week, there was a bit of a feeding frenzy when it came to Ghost of Tsushima.

A report was published from a Sony shareholder that seems to hint at Ghost of Tsushima targeting a 2019 release (which, as far as we can tell, would mean the game competing with Death Stranding’s release on November 8).

In the report, specific details aren’t revealed, but it suggests SuckerPunch’s game will be coming out this year. We think that is massively inaccurate: for a start, release information isn’t necessarily given to shareholders. Further to that, it just wouldn’t make sense for Sony to cannibalise its own late-2019 launch window with another exclusive open world game.

It the midst of the release date news that faked out the industry, though, we also saw some tangible news about the game – and something we’re really excited about.

Back on June 10, games writer Jordan Lemos took to Twitter to announce he has been hired by Sony to work on Ghost of Tsushima.

“And now for the #E32019 announcement you’ve all really been waiting for,” wrote the Assassin’s Creed Odyssey writer. “I’m joining Sucker Punch to work on Ghost of Tsushima!!!”

As far as we’re concerned, that’s great news: Jordan Lemos is a WGA Award-nominated scriptwriter who used to work at Ubisoft Québec, and has writing credits on Assassin’s Creed Odyssey, with the Sokrates and Alkibiades arcs seemingly being his main focus.

Now, we’re unapologetically huge fans of Assassin’s Creed Odyssey – we think it’s one of the best AC games in years, and the characters were very well-written, the world finely realised and crafted.

If that’s the kind of expertise we can expect to come to the fore in Ghost of Tsushima, then we really are in luck. We look forward to seeing Lemos’ work in action.

It appears that we already knew about the role Lemos took before he announced it.

Back in April, we reported on a job opening at Sucker Punch, where the company was looking for a Narrative Writer.

Specifically, the role was suited for a Narrative Writer who can “help create engaging narrative content” for Ghost of Tsushima.

Apparently, Sucker Punch wants to hire for a “full-time, contract position”, with the chosen candidate helping the development of the story and writing dialogue.

The duties for the successful applicant include:

• Write high-quality dialogue under tight deadlines for a diverse cast of characters who live in the world of 13th century Japan.
• Work closely with content designers to write missions for an open-world game.
• Contribute to other creative areas of the narrative including secondary game content, dialogue barks, and writing content for marketing materials.

We’re confident Lemos is up to the task.