Gizmo’s Moveset For MultiVersus Revealed, Is A Support/Ranged Hybrid 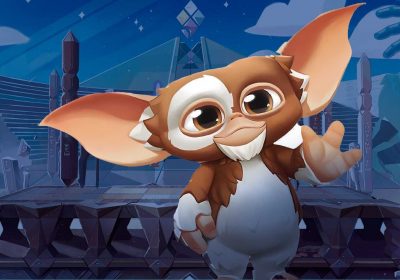 Gizmo is all set for his grand entrance into MultiVersus and developer Player First Games has now given us a detailed rundown of his entire moveset.

Revealed during a special showcase on Twitch earlier today, Gizmo has a wide range of attacks players can utilise to aid his allies and debuff his opponents. It was already that Gizmo will be a support character, but it also seems that Gizmo is primarily a ranged character. His neutral attack is a bow which he can use to get a quick shot in, or he can charge it up to ignite enemies. Gizmo can also cancel out of a fully charged bow attack and store it.

Apart from his bow, Gizmo also has a bucket of popcorn that he can use to cast a large projectile that slightly damages enemies, although it doesn't deal knockback. The real fun happens when you combine Gizmo's bow and popcorn, as shooting them with a bow attack will cause the popcorn clumps to explode, dealing a large amount of damage and knockback.

As for Gizmo's final ranged attack, his neutral special causes musical notes to appear around him. These notes will give allies a special buff which gives them a hitbox while dodging. Gizmo's bow and popcorn can also be used to direct the notes into enemies which will then briefly silence them, stopping them from using any special moves for a short amount of time.

Gizmo has some pretty decent physical attacks as well though, so it's best not to get too close. For example, his up special is pretty strong, dealing a significant amount of damage and knockback to enemies. However, if used on an ally, Gizmo will cling to the back of them. He won't take any damage directly from attacks, but will absorb a portion of damage that is dealt to their ally. Gizmo can help out though, as his attacks will still be available to use, essentially making him a ferocious furry backpack.

If that moveset sounds like something you'd enjoy trying out, Gizmo is available in MultiVersus right now. Happy hunting!