Even though he’s supposed to be the main character of the God of War series, we’d rather meet any other character than Kratos in person. The Ghost of Sparta is responsible for wreaking havoc across every realm he’s been in so far, and 90% of the time he’s killed just for the sake of it.

Before completing his heinous deeds, Kratos is known to have a pre-mortem liner for his victims, which add to his already fearful reputation. Along with that, Kratos has also delivered piercing lines when making clear his intentions. Here are a few of the scariest lines he’s uttered over the course of the God of War series.

Updated December 28th, 2020 by Patrick Mocella: Gaming as a whole has a ton of angry, angsty men but few rank higher on this scale than God Of War’s Kratos. For most of his life, Kratos was an unstoppable killing machine who slaughtered millions without mercy. Even once he settled down with a family in the world of Norse Mythology, Kratos is still known for sending shivers down the spines of PlayStation gamers. These are some new quotes that are simply terrifying. Even if some don’t appear to be, given the proper context they will scare you just as much as a primal shout from the former God Of War. 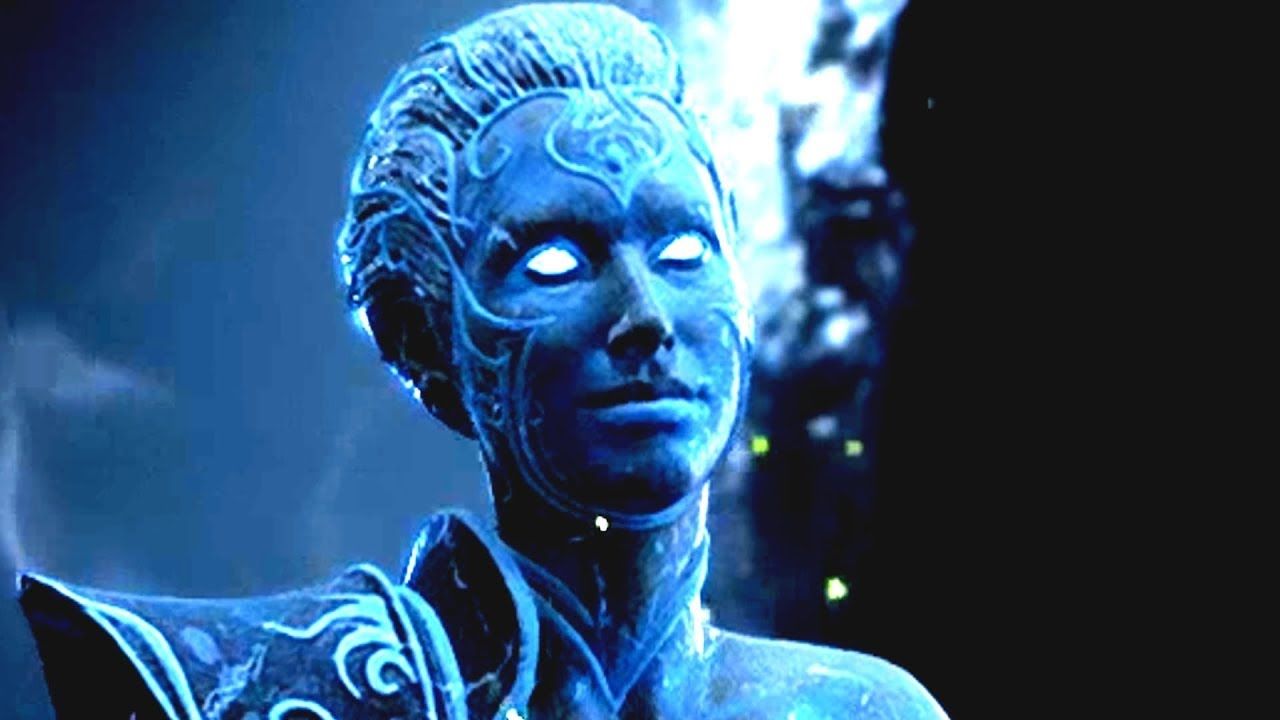 Even though he went to a whole new world in the form of Norse Mythology, Kratos will never be free of his past life in Greece. Forced to take up the Blades Of Chaos once more, Kratos is haunted by a vision of Athena as he leaves his home in God Of War.

Athena tells him that he will always be a monster. Kratos though already knows this and simply fights for much more honorable goals. A Kratos who knows just how powerful he is but fights for his son is a God you cannot trifle with. 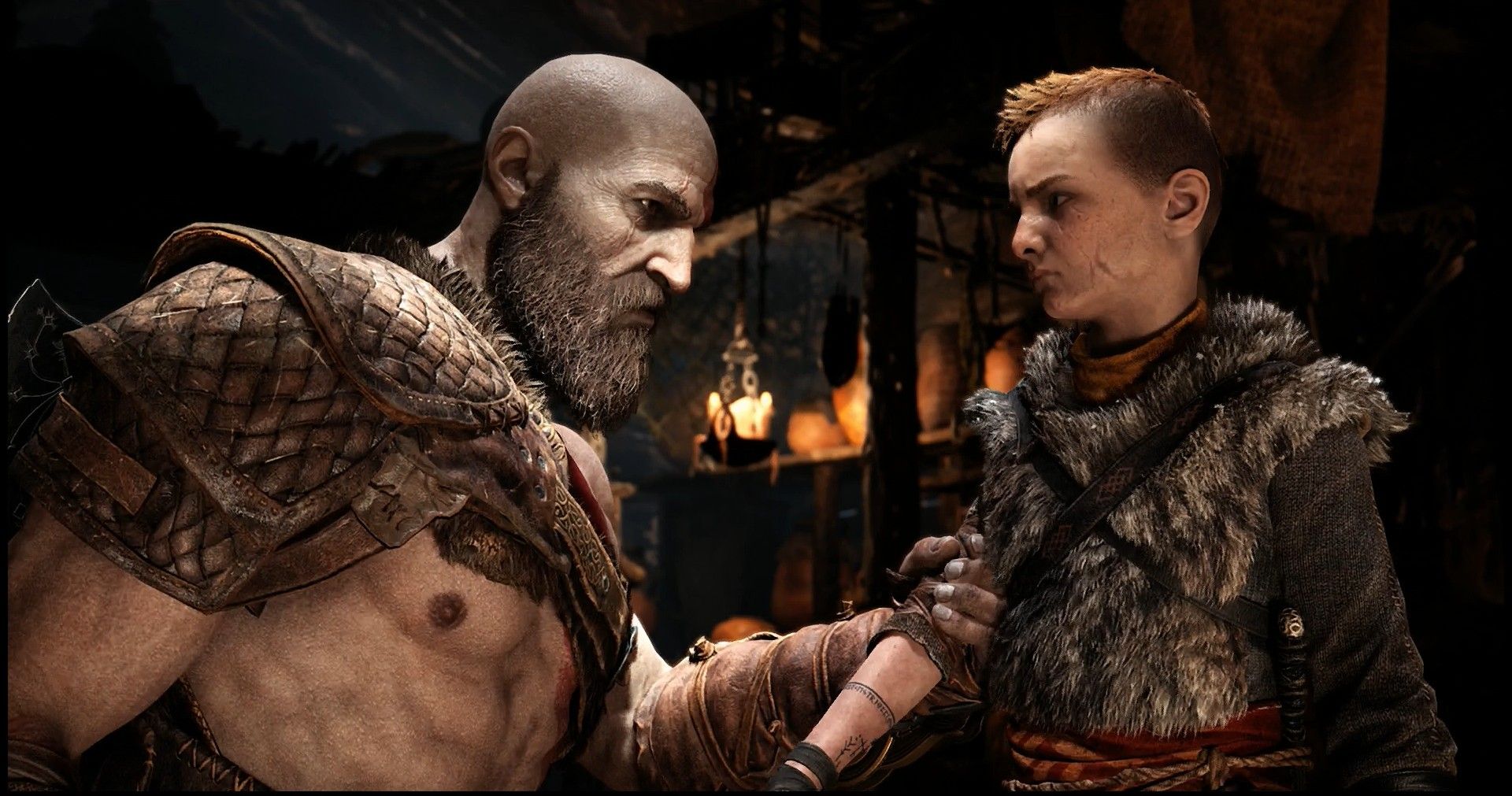 As opposed to the perpetually screaming and angry man he was in his original games, the PS4 version of Kratos is a changed man. He tries his best not to show his trademark in front of his son but since he doesn’t have the widest emotional palette, that can lead to him being quite silent.

When Atreus implies that Kratos doesn’t truly care about Faye, Kratos assures him that he is indeed suffering. This quote is a reminder that even if Kratos is a changed man, he still holds the raging fire beneath his surface. 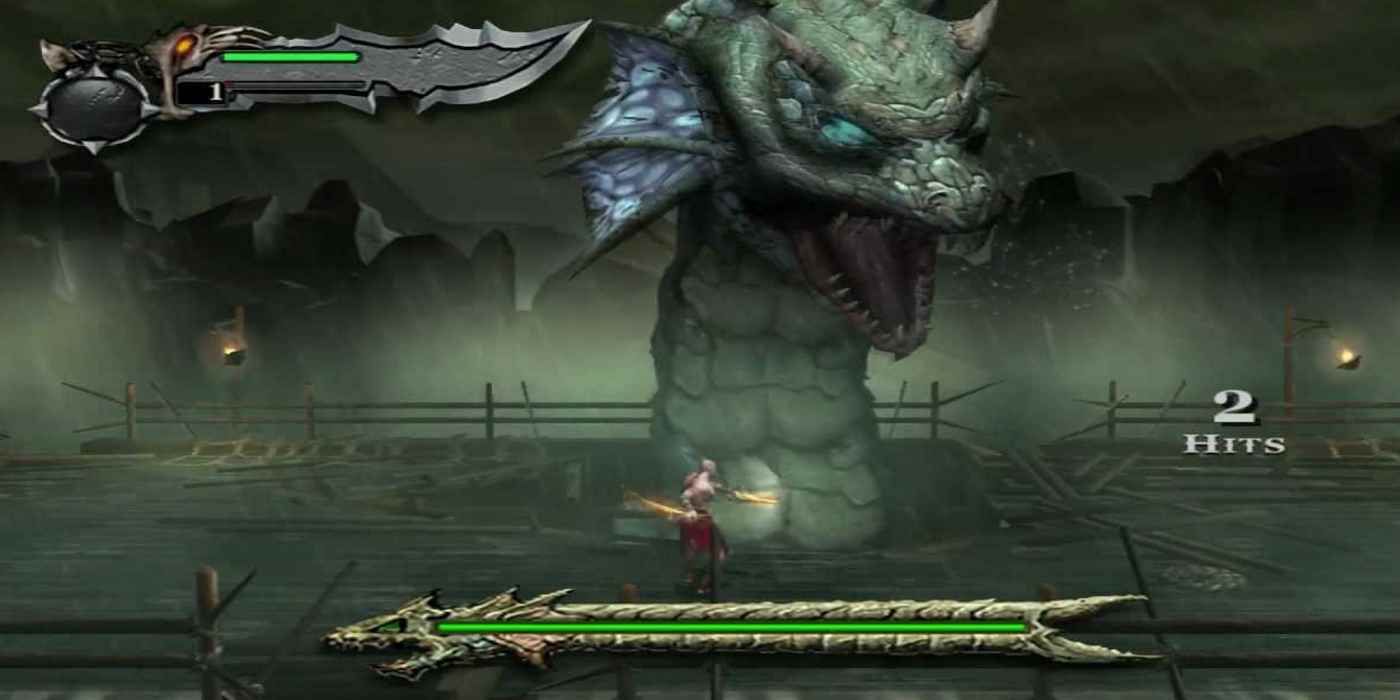 The very first enemies that gamers ever slew as Kratos would be the group of undead soldiers found in the original God Of War. These monsters would have any normal person cowering in fear but as we all know, Kratos is not normal.

These cannon fodder enemies are an appetizer for the gods Kratos would kill later on, but the first quote we ever hear Kratos speak sets the tone for his early character perfectly. An unstoppable killing machine who only has one goal: kill Ares. 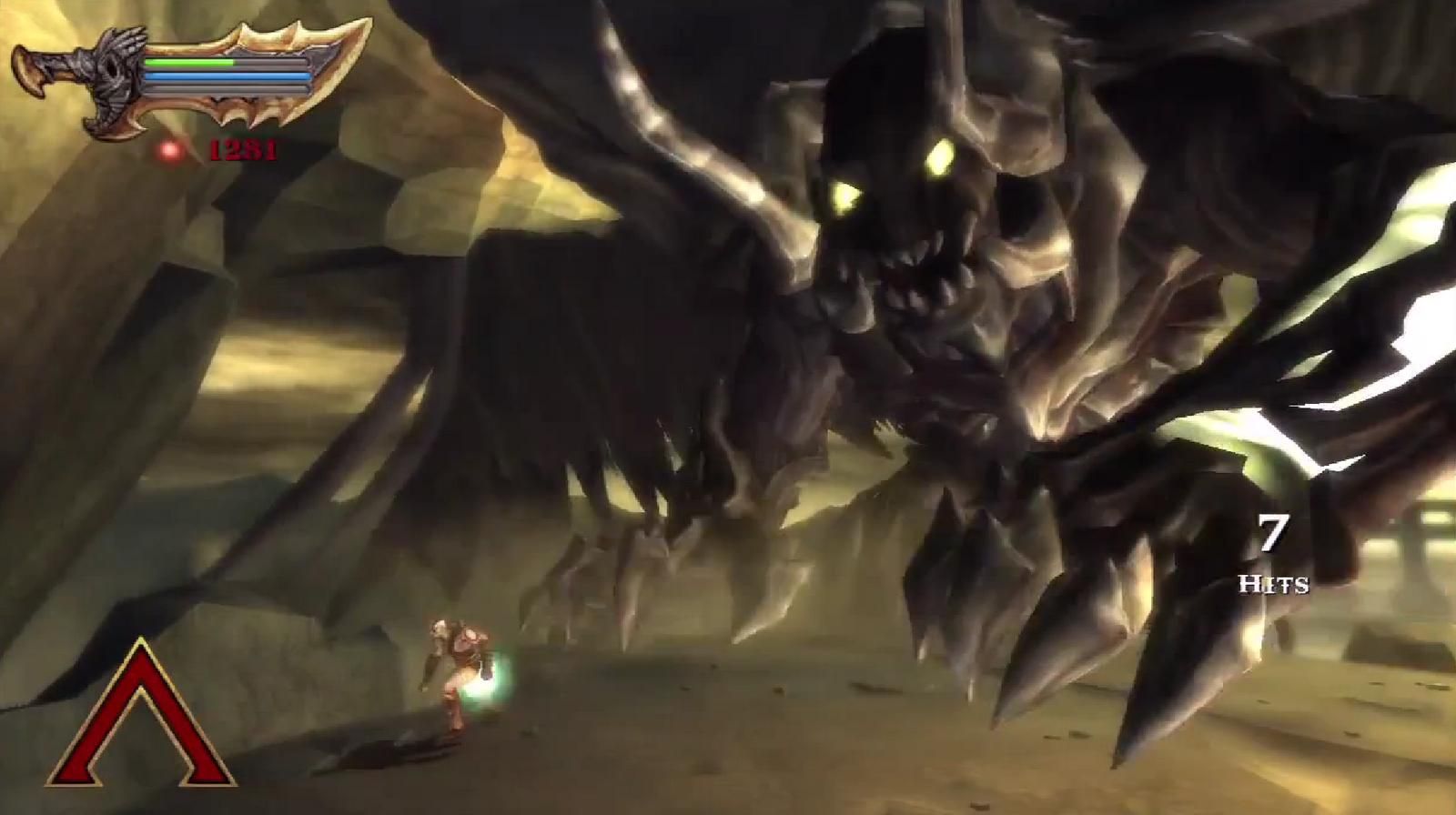 The PSP entries of God Of War aren’t held in nearly as high regard as its console counterparts, but it is worth noting that Kratos took on some insanely powerful enemies in those games. Most notably, the God Of Death in Greek Mythology known as Thanatos.

With the help of his brother Deimos, the two Spartan warriors kill the wicked god and Kratos exclaims to him that the gods do not control his destiny. Defying the Gods is Kratos’ whole raison d’etre so this was a perfect quote. 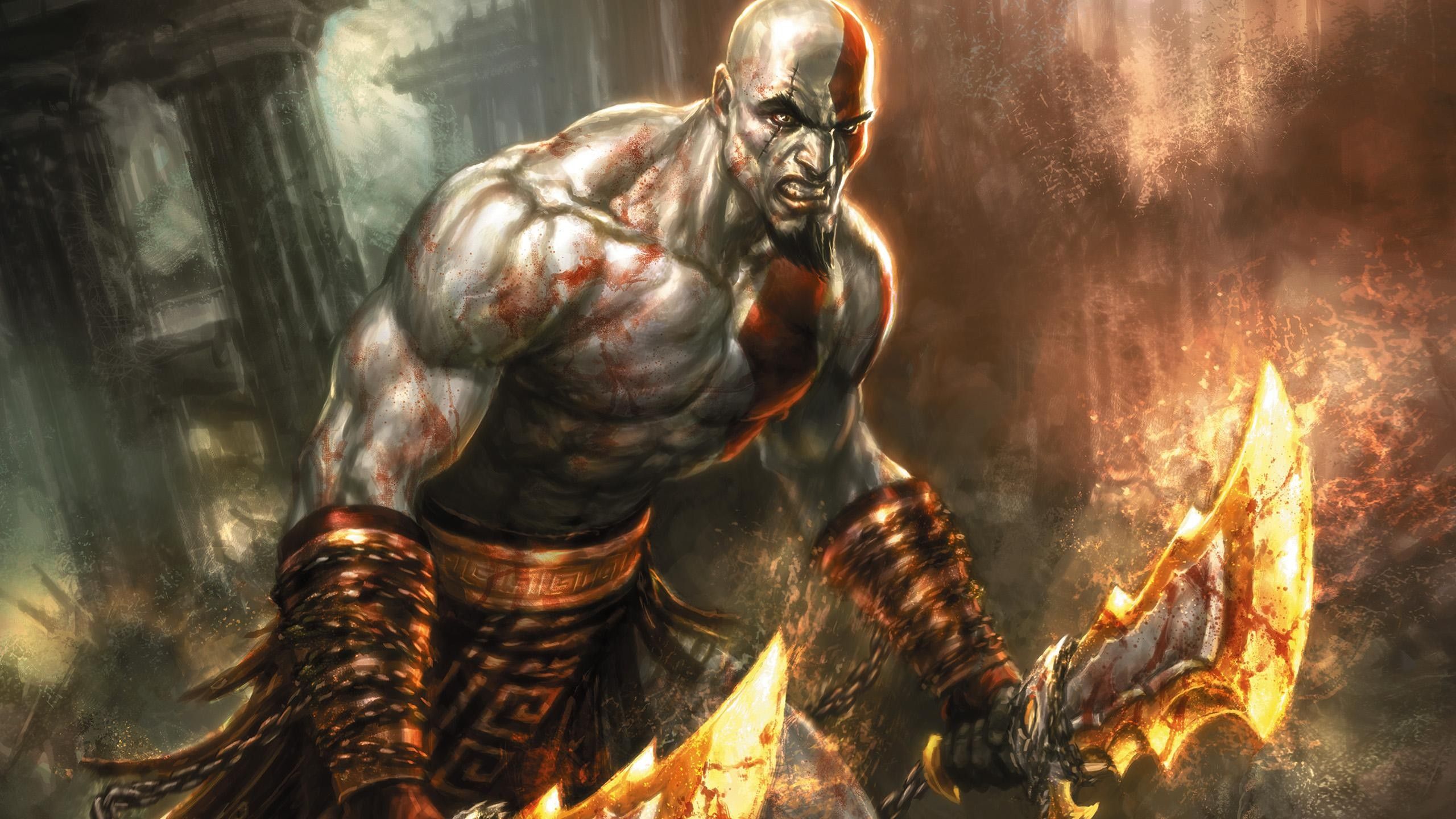 Ares is right up there with Zeus himself as a God you wouldn’t want to fight. Kratos wasn’t going to let that intimation stop him and instead threatened the god he once swore his life to.

As he often does, Kratos made good on his promise and killed the massive Ares in the city of Athens and would later take his throne as the new God Of War. The tragedy that befell Kratos’ family fueled him until his final days in the world of Greek Mythology, long after Ares fell in battle.

10 “Zeus! Your Son Has Returned. I Bring The Destruction Of Olympus!” – God Of War II

Never had fear struck the hearts of the gods as when they saw one who used to be one of them scaling Mount Olympus with their most hated rivals. God of War II ended with a three-year cliffhanger, one that took an entirely new generation of console to be resolved – and Kratos’ parting words had us captivated throughout this time.

It was at this moment the gods knew they had goofed up hard by denying Kratos relief from the nightmares that had plagued him, as the former God of War made it clear it was curtains for the gods now that he’d set his mind to end them all.

Be careful what you wish for because you just might get impaled by it. Ares found this out in the most excruciating way when Kratos drove his blade through the God of War, ending his life and his reign of terror.

Ares had earlier caused Kratos to become the Ghost of Sparta by manipulating him into killing his own wife and daughter; Ares’ reasoning being that he wanted Kratos to be free of family responsibility and to become a great warrior. Ares got his wish, because it was by killing Ares himself that Kratos solidified himself as the ultimate warrior.

8 “The Gods Require Sacrifice…From All Of Us!” – God Of War 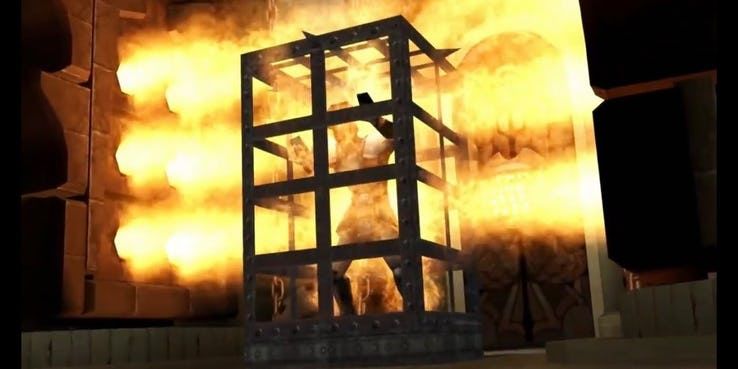 Oddly enough, even though Kratos seems to have killed just about every person he’s ever encountered, this might have been the most malevolent thing he’s ever done. In Pandora’s Temple, Kratos came across several malnourished prisoners, one of whom he had to sacrifice to proceed.

Rather than stop and think about what he’d have to do, Kratos coldly reminded the doomed prisoner that his sacrifice was necessary because it was what the gods wanted. The man’s screams were for naught as Kratos placed him in the sacrificial altar and burned him to death. In one version of the game, Kratos even had a smirk when he understood what he had to do. 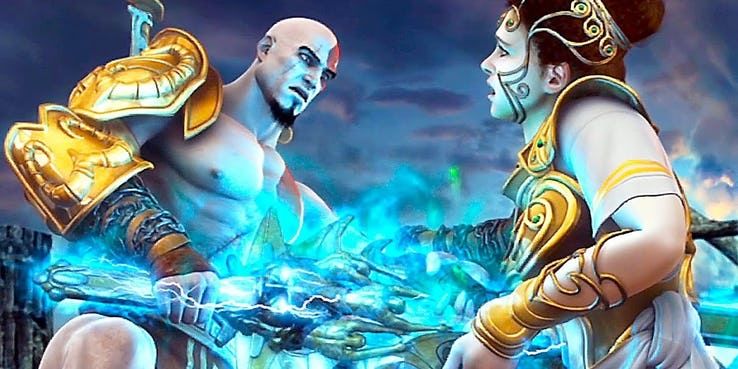 This guy is basically deaf when it comes to convincing him to do something other than killing, and we saw the most extreme version of this when Athena was about to die. Kratos was begged not to go for Zeus since he was what made Olympus what it was; rather than pay heed, Kratos denied Athena’s last wish.

Instead, Kratos would boldly claim he would be the one to end the reign of the gods. The scary part is that he did exactly what he set out to do, which meant Athena inadvertently caused the destruction of all of Greece.

6 “The Hands Of Death Could Not Defeat Me, The Sisters Of Fate Could Not Hold Me. And You Will Not Live To See The End Of This Day!” – God Of War III 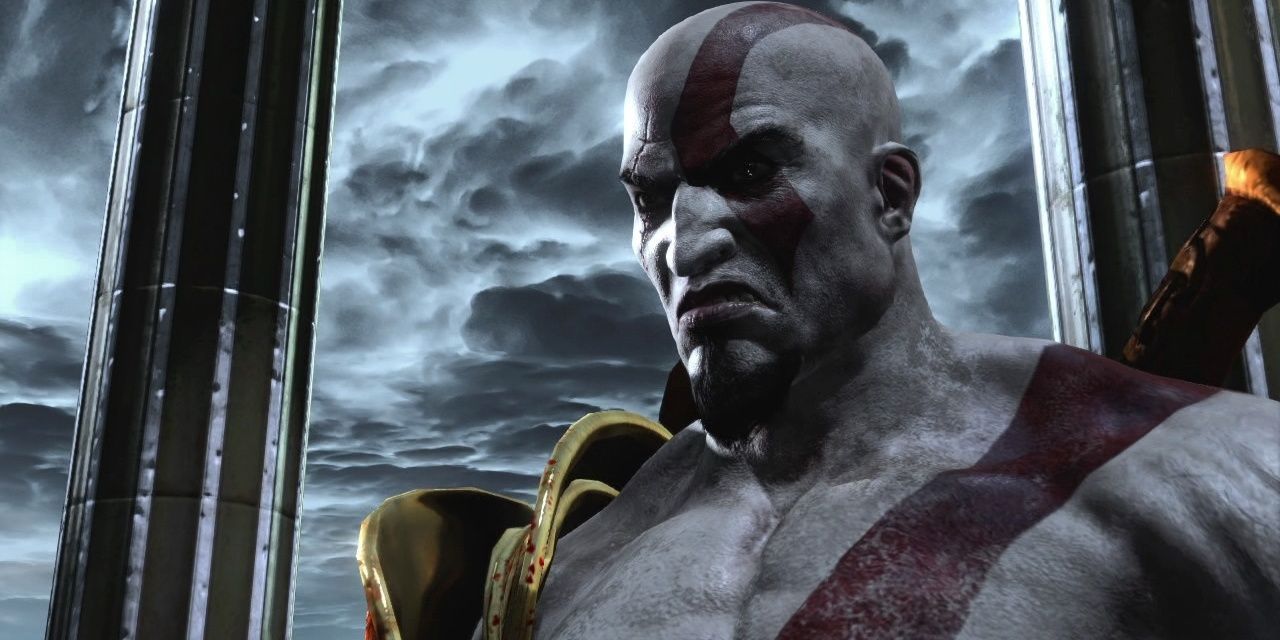 Thankfully we’ll never see Kratos staring daggers into us the same way he did to Zeus, because you better believe he would rip his intended victim apart. At the beginning of God of War III, Kratos made good on his ascent on Mount Olympus, reaching Zeus on the back of Gaia and casually strolling forward to confront his father.

In this moment, he laid out a little speech he had clearly been waiting to recite, where Kratos reminded Zeus that death, fate, and now even the God of the Skies wouldn’t be able to deny him his revenge.

5 “…Then Prepare For Your Death, Poseidon.” – God Of War III 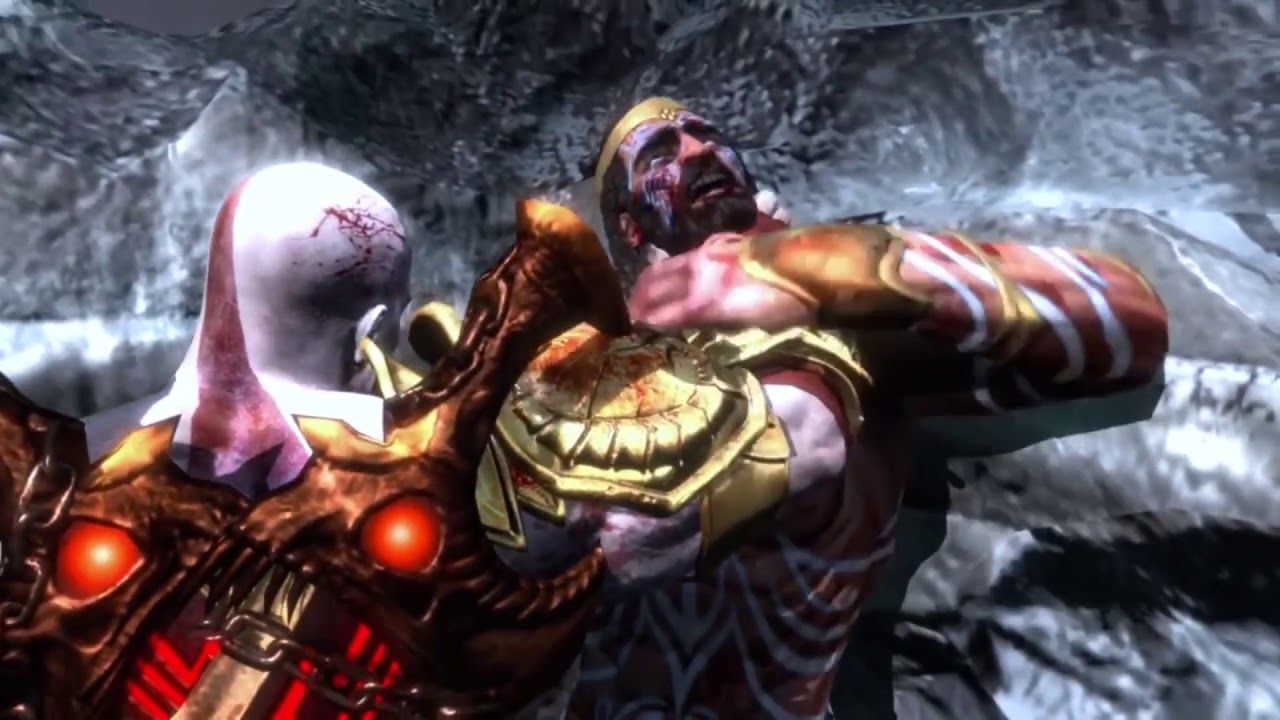 Other than Zeus, it seemed as if Kratos saw the other gods as nothing more than minor annoyances. God of War III began with a big match-up against the God of the Seas, where Kratos managed to extract Poseidon from water and leave him in a state of vulnerability.

Here, Poseidon managed to do the usual god schtick where he attempted to make Kratos feel puny in comparison to him; in response, Kratos calmly informed Poseidon that his time was up, and the only thing to do was to prepare for death. Kratos then proceeded to violently gouge Poseidon’s eyes out and cause the world to partially go underwater. 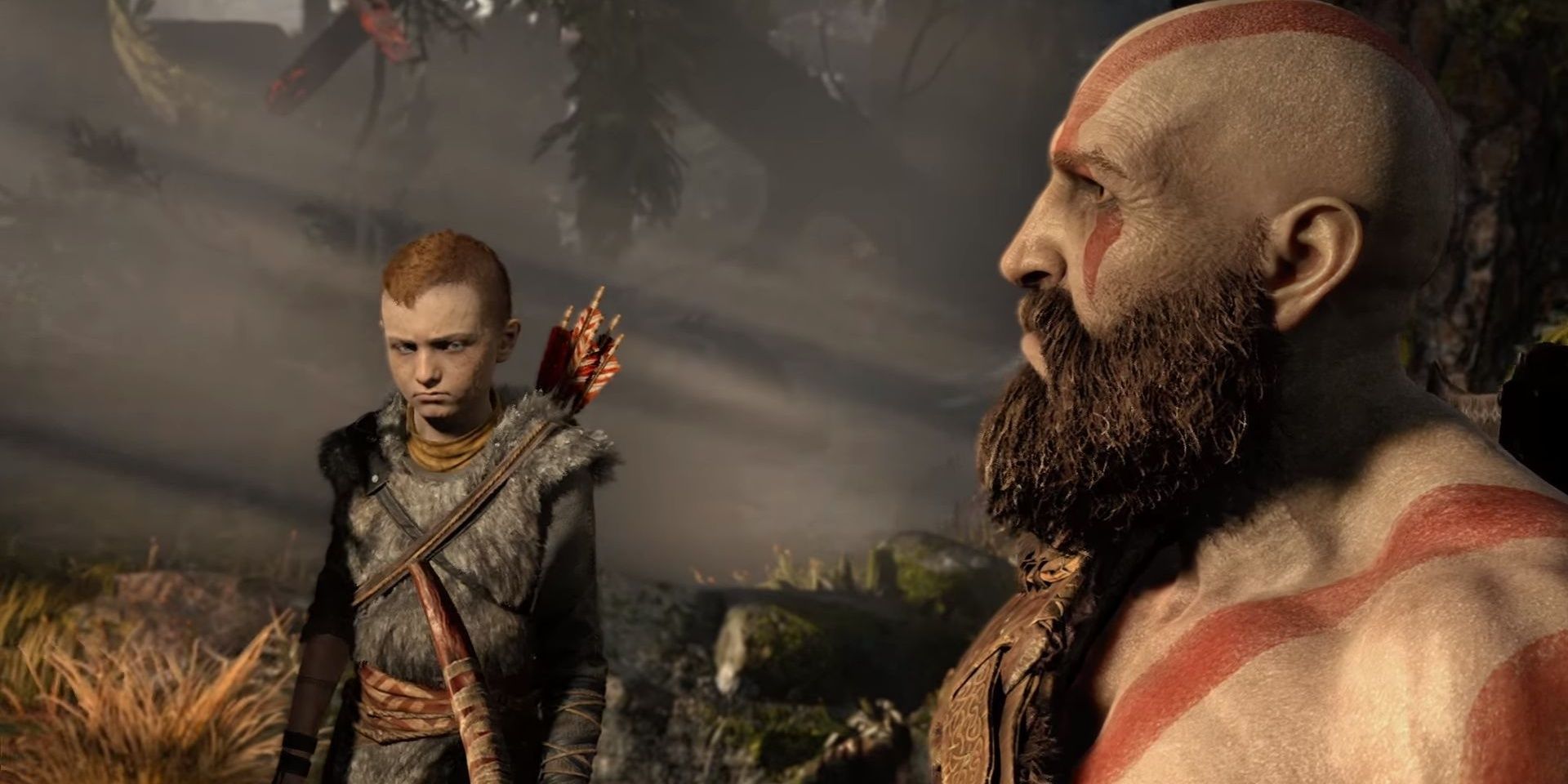 Kratos was easily at his least scary in 2018’s God of War, where he was hardly anything like his former angry self. Still, the ghosts of his past would come back to haunt him, and Kratos would be plagued by reminders of his actions that caused the Greek world to end.

By the time Atreus came to know he was a god, Kratos had to tell his son of the atrocities he’d committed. The grave and silent Kratos was somehow scarier than the angrier one, as we could almost see the number of murders Kratos had completed when he acknowledged he’d killed people who didn’t deserve to die.

3 “Of All The Lives You Should Worry About, Helios, Mine Is Not One Of Them.” – God Of War III 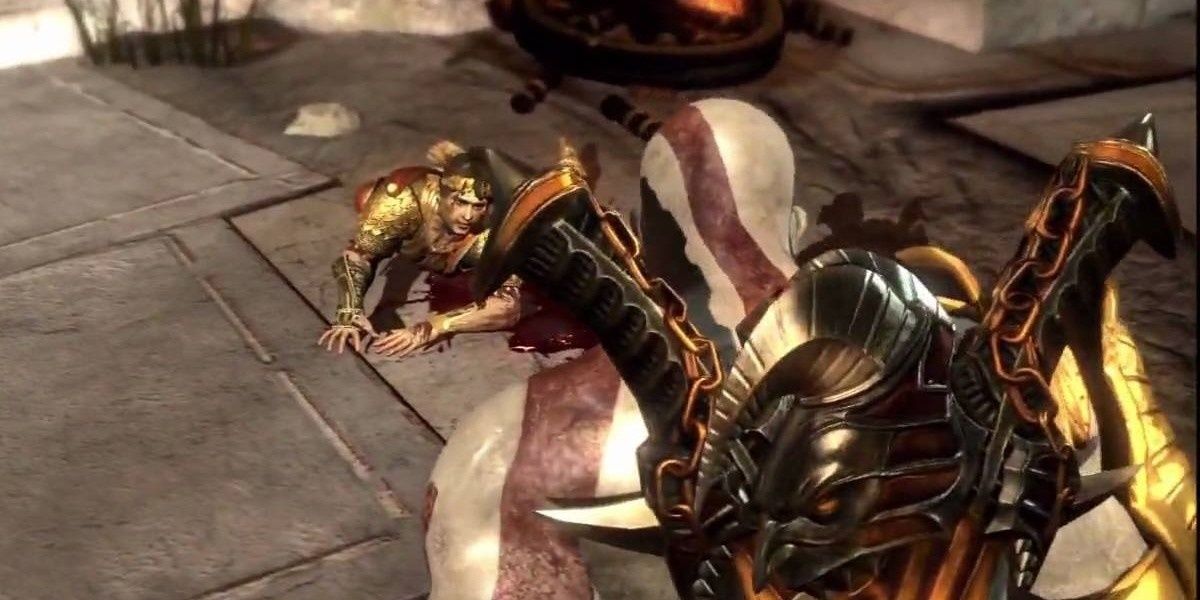 It was the manner of Helios’ death that made this scene so scary to watch, but you have to believe it was when Kratos uttered this quote that he’d decided the end of the encounter would be with Kratos taking the Sun God’s head, literally.

The conversation was like a prelude to the inevitable, with Helios trying to convince Kratos to trust him, only for Kratos to spit back at Helios that he was aware he was being duped. In the end, Kratos’ sole interest in talking to Helios was to get his head, since this would then allow him to traverse the darkest parts of Mount Olympus. 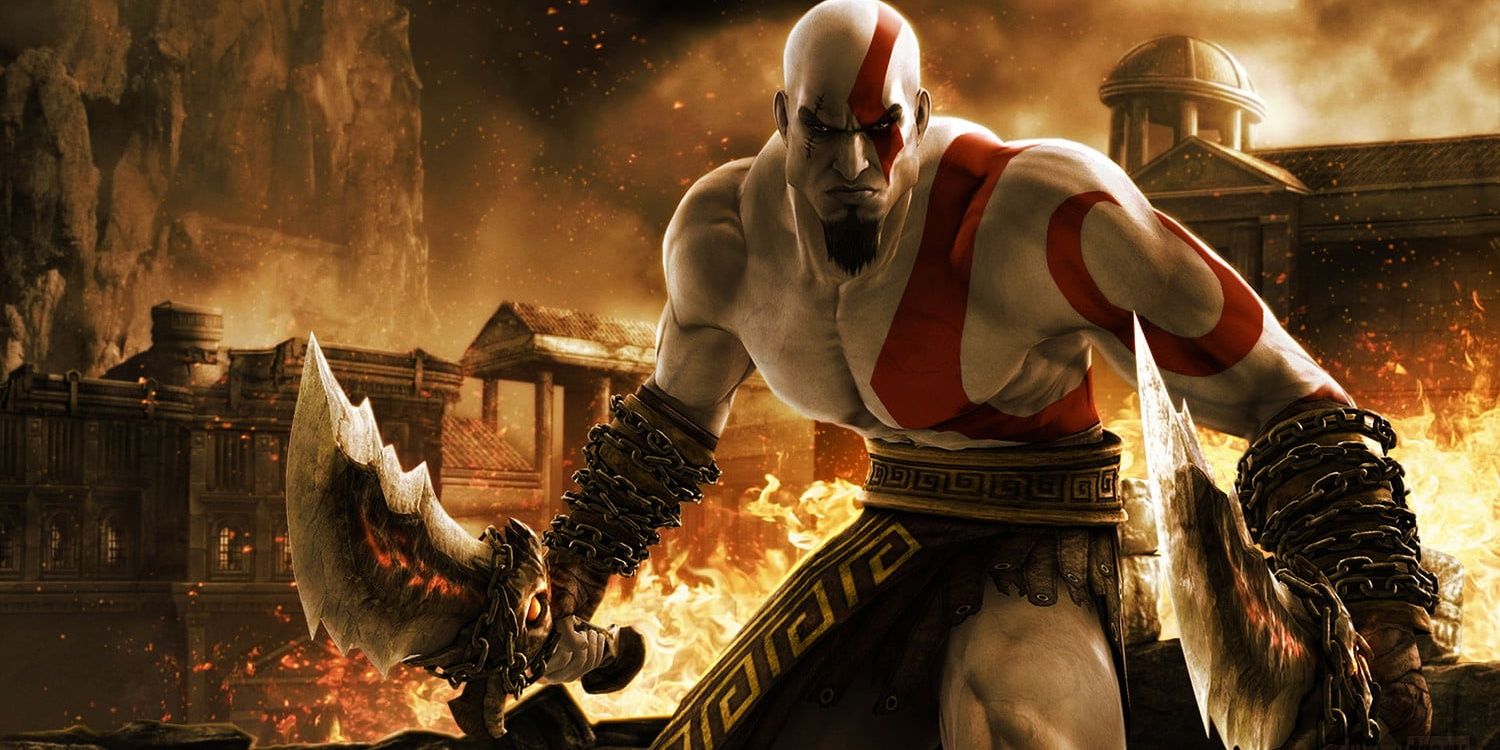 Making this a scary quote is the fact that it made clear that Kratos was so immature that he’d sooner blame everything in the universe other than himself for his failings. The statue of a Sister of Fate would point out to Kratos that his soul would never find peace because of what he’d become, leading an enraged Kratos to blame the gods for it.

Had Kratos accepted long ago that he’d made the choices that had led to Ares and the other gods to manipulate him, then he’d have had the emotional maturity to understand that he himself was the cause of all the destruction he wrought. 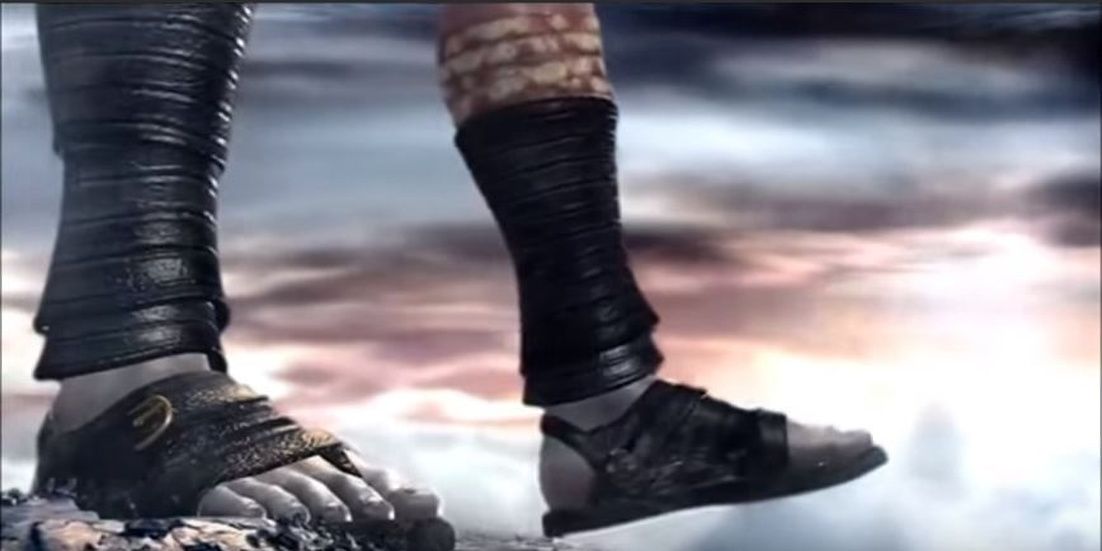 On the flip side, a Kratos who has absolutely no hope for redemption or reward is somehow far more unsettling than one who is blood-lusted. We’ve become used to seeing Kratos have a set mission in mind, no matter how crazy it might be, making this moment something out of character as he was prepared to die by his own hands.

The complete defeat in his voice oddly made us feel as if there really was no hope for anything in the world, and that all one attempts in life ultimately ends in failure. As it turns out, an angry Kratos was less scary than a hopeless one all along. 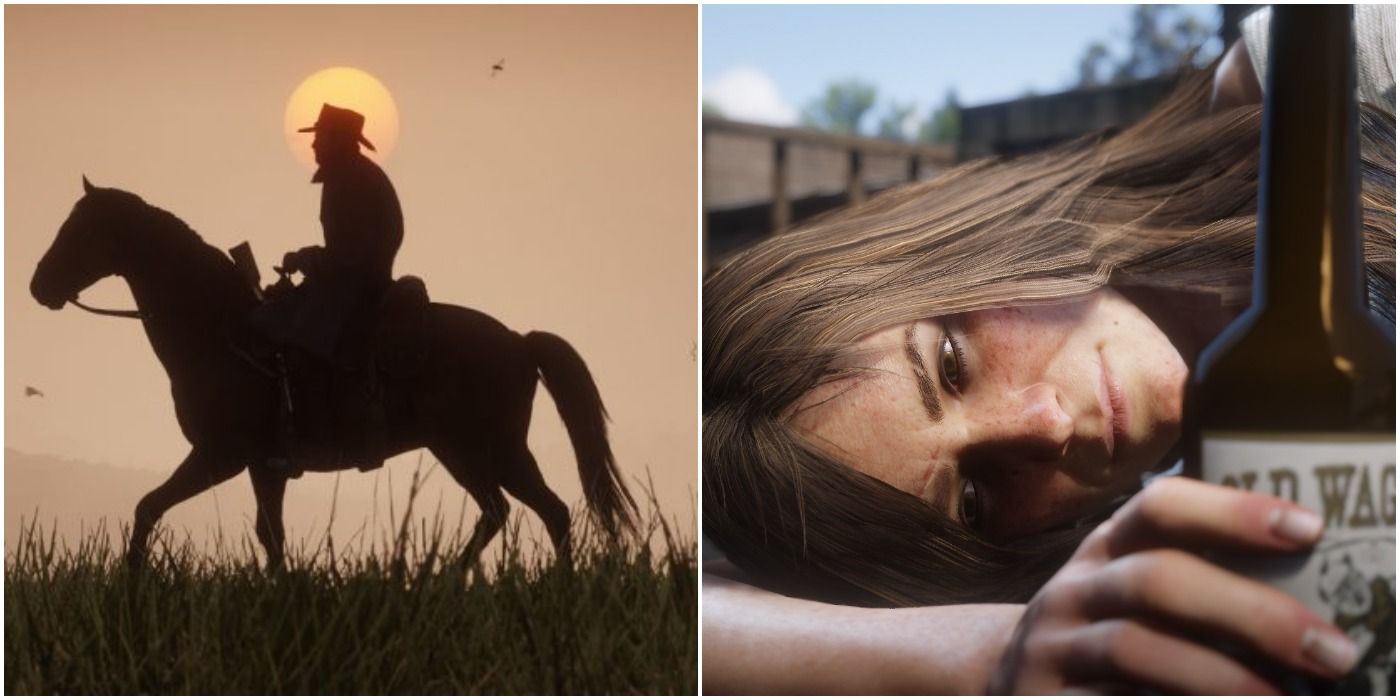 Saim Cheeda is an entertainment writer covering all of Film, TV, Gaming and Books. He’s been a writer for The Gamer, Screen Rant and CBR since 2017, contributing 100+ articles for a variety of topics. Saim also covers entertainment articles for Fansided.