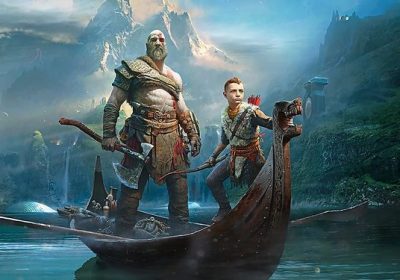 So, who'd win in a triple-threat fight between Aloy, Deacon St. John, and Kratos? I know, stupid question, it's obviously Deacon. While we won't actually get to see them battle it out unless Sony puts out a new PlayStation All-Stars, the three have made their way onto PC, where Kratos has become the undisputed champ.

Only yesterday we reported that God of War garnered a peak of over 50,000 concurrent players on Steam within 24 hours, easily beating the 27,450 all-time peak achieved by Days Gone. And now, as spotted by industry analyst @BenjiSales, the game's peak concurrent players number stands at a staggering 73,529, as seen on SteamDB. The highest that Horizon Zero Dawn managed to achieve was 56,557 – an impressive number, but no match for the father and boy.

God of War also has the best review score out of the three, with 97 percent of them being positive. In comparison, Days Gone has 91 percent and Horizon Zero Dawn sits at 93 percent. The game is also currently sitting at the top of Steam's Top-Sellers list, ahead of Monster Hunter Rise and Ready or Not. That's not to say that these numbers are all too surprising, God of War is after all way more popular than the other two titles.

It's evident that the PC launch has been a tremendous success, not only in terms of numbers, but also with regard to reviews by critics and fans. That's three big Sony first-party games on PC now and one has to wonder what the company's long term plan will be. While a future launch on PC and PlayStation simultaneously would probably yield bigger numbers, the current way of doing things means players with both platforms might buy the game twice, leading to higher sales and revenue in the long run.

As successful as it's been, director Cory Barlog feels that the port would not have been possible without a collective effort from Sony’s own studios. "I think it was the collective of studios all over saying this is a really good idea," he said. "Eventually, I think it reached that tipping point. When we had sent so many suggestion box suggestions that they were like, ‘I’m tired of hearing all this. Fine, we’ll do this.’ It’s a process. We’re still figuring it out as a company and as individual studios how to do this and what the process and strategy will be."