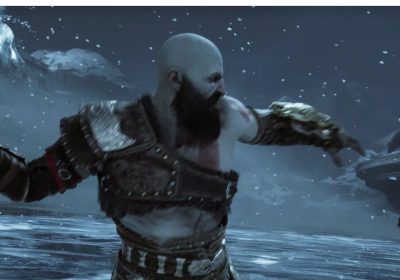 Sony just held a new State of Play conference, giving us a first look at some new games like Rise of the Ronin and Tekken 8, and some updates on ones that had already been revealed, such as Project Eve being renamed Stellar Blade. The one game that almost everyone expected to be there was God of War Ragnarok, Sony's big remaining game of 2022. Thankfully, it was, and it came out swinging with a new story trailer.

The trailer began by showing Atreus approaching one of his mother's trees, which begins to glow and let his hand shift through it, presumably to give him the orb we've seen him holding in previous trailers. We then get to see Kratos interact with Tyr for the first time, who asks if he wants a God of War from him.

As we see Kratos and Atreus adventure throughout the realms, we get to see flashes of some key scenes, including Kratos and Tyr seemingly agreeing to team up for the first time, Atreus being held by Freya as she takes his mistletoe away from him, a glimpse at what appears to be Odin, and Atreus shooting an arrow at the sun alongside Hati and Skoll. Of course, we also get to see the confrontation between Kratos and Thor for the first time.

The description for the story trailer gives us the most concrete description we've had of the story yet. It reads, "Set out on an epic and unflinching journey as Kratos and Atreus struggle with holding on and letting go. Witness the changing dynamic of their relationship as they prepare for war; Atreus hungers for knowledge to help him grasp the prophecy of “Loki”, as Kratos struggles to free himself from the past and be the father his son needs. All the while, the eyes of Asgard watch their every move…"