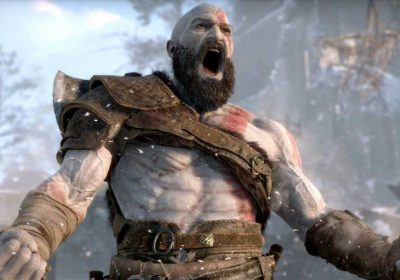 PlayStation's latest PC port is a hit, judging from the early God of War reviews. The long-awaited PC release hit stores yesterday, and the critical reception indicates that fans are in for an experience that's well worth the wait. There are scores of more than 90 out of 100 across the board – and even plenty of perfect scores from other outlets.

This will come as a relief to PC players, who recently contended with a less-than-stellar port of Final Fantasy 7 Remake. Regardless, two big exclusives coming to the platform back-to-back is a good indicator that more will be on the way, as PlayStation has a big library of titles to dip into.

45 of the 46 reviews registered on Metacritic at the time of writing are positive, with only once classed as "mixed". 15 of these reviews are listed as 100 out of 100 – a perfect score for a port years in the making. The rest barely dip below the 90 region, making it clear that this game is impressing critics.

We won't be able to see what fans think just yet, as user reviews are set to open later today. But taking a peek at the subreddit, it seems to have been warmly received so far. One of the most recent posts calls the game "phenomenal", with both new and returning players loving the new way to experience the game. There are a few players struggling to get it running, but this may be an issue with their personal setups.

What's perhaps most impressive is that the port has been given the thumbs up from Digital Foundry. They recently tore the Final Fantasy 7 PC release apart for its performance issues, so it's good to see that this one is faring much better.

Also, as we recently saw with Final Fantasy, modders are already working impossibly fast. The Nexus page is already full of mods, even including graphical improvements – which isn't bad going when most people have had the game for around 24 hours. The wild and wacky ones will surely come later, so it's always worth keeping an eye on the page for new creations.