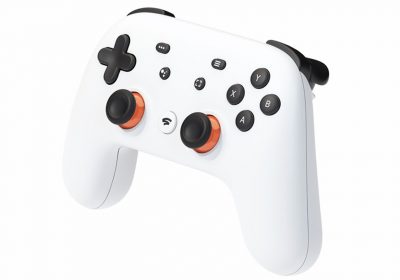 Google confirmed last week that it will be shutting down Stadia in January 2023. That has understandably led to an avalanche of questions and inquiries from those who use the cloud-based system or still own the hardware. That includes whether Google will be unlocking the Stadia controller so that it doesn't become little more than an ornament once the shutdown takes place.

There's a very slim silver lining in that regard thanks to an email from the Stadia team that has been shared on Reddit (thanks, Forbes). “We have received many requests about making the Stadia controller work on Bluetooth or other features that can make Stadia workable after the full shut down,” the reply reads. “I will send this feedback to our team so that they can check out and possibly release a firmware to make it work.”

As highlighted by the user who posted the reply on Reddit, it is far from confirmation that the controller will eventually be unlocked, but at least it's evidence that Google is listening. At present, the Stadia controller can be used on some other platforms via a wired connection. However, its Bluetooth capabilities are locked so that it can only work wirelessly with Stadia.

If unlocking the controller is possible, it would be in Google's best interests to make it happen. It has rubbed a lot of people the wrong way by revealing Stadia is shutting down, including developers working on Stadia games who found out about the shutdown at the same time as everyone else. Giving Stadia owners a use for their controllers after the service is dead might win back a little bit of goodwill, and also prevent thousands of Stadia controllers disappearing into attics, basements, and landfill sites.

The email also questions how exactly the refund process is going to work. Google appears to still be in the process of figuring that out. It has promised refunds for everyone who bought Stadia games and hardware, something that will prove difficult for people who may have been given Stadia products as gifts or whose payment details have changed since they bought the hardware.