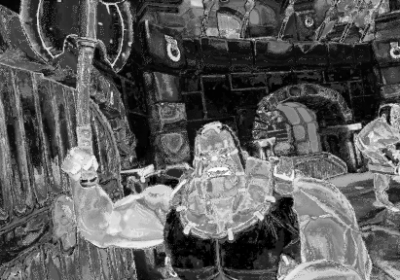 Glorious VR bloodbath, Gorn, has sold over one million copies as of today, and it might be getting more content too.

The game’s official Twitter account revealed the news, confirming this number is spread across all versions of the game. That means the initial PC VR version, the PSVR port and the most recent Oculus Quest edition too. Developer Free Lives didn’t specify where the game had sold the most copies.

That said, Gorn has consistently featured in Steam’s best-selling VR titles over the past few years, and often ranks highly in the PlayStation Store charts’ VR category too. But it’s likely performed well on the Quest platform too, where developers tend to see more success.

Gorn is a brilliantly silly combat simulator in which players are pit against other warriors in an arena. A comprehensive physics system and wonderfully OTT violence have long made it a popular game, and it’s featured on basically all of our top 25 lists across every platform over the past few years.

“It’s a toybox filled with razor-sharp playthings and endless action figures to use them on, upheld by a combat system that bends reality to eschew awkwardness,” we said in our review. “Ultimately it might just be a glorified tech demo for VR combat, but it’s one that will produce enough laughs and gasps that you’ll be willing to risk bodily harm playing it.”

The tweet also mentions that the developer is “considering a small content update” but won’t make any promises on that just yet. Such an update could potentially include new weapon types or modes. Free Lives has moved onto the development of its next title, but it’s not a VR experience.

What would you like to see out of a new Gorn content update? Let us know in the comments below!