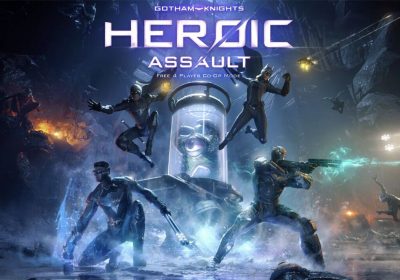 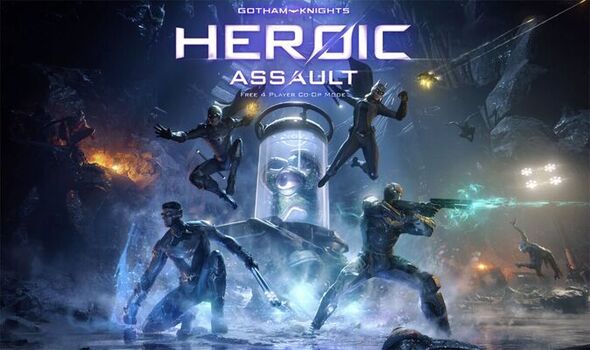 Gotham Knights is about to get a major update, adding a brand new co-op mode, a new villain and lots more. Coming to PS5, Xbox Series X/S, and PC, the Gotham Knights Heroic Assault update has a November 29 release date and a 4pm GMT UK launch time. The biggest new addition is the Heroic Assault four-player mode, which sees players team up to battle through 30 floors of bad guys.

WB Games explains more: “Heroic Assault is an upcoming gameplay mode that is separate from the main story campaign.

“The standalone mode supports up to four players in online co-op and provides a dedicated arena-like environment with specific objectives to complete and enemies to defeat on each floor (30 floors total).”

Unfortunately, the addition of Heroic Assault won’t coincide with a similar four-player update in the main campaign.

The Gotham Knights campaign will continue to support two-player co-op, or solo play.

If you want to try the brand new Heroic Assault mode for yourself, you can temporarily pick up Gotham Knights at a discounted price.

The game is currently selling for £38.99 on Xbox, where it’s part of the company’s Black Friday sale until November 30.

Over on PlayStation, Gotham Knights Deluxe Edition is included in the end of year sale. The game is down to £43.99 until December 21.

The Deluxe Edition contains the Visionary Pack DLC, which includes the ’Knightwatch by Jim Lee’’ Transmog, the Beyond Suitstyle, additional Salvage to build new Gear, Boosted Gear, an exclusive emote and more.

Gotham Knights is a brand new action game containing a standalone story where the heroes of Gotham battle the Court of Owls.

“Batman is dead. A new expansive, criminal underworld has swept the streets of Gotham City.

“It is now up to the Batman Family – Batgirl, Nightwing, Red Hood, and Robin – to protect Gotham, bring hope to its citizens, discipline to its cops, and fear to its criminals.

“Gotham Knights is an open-world, action RPG set in the most dynamic and interactive Gotham City yet. Patrol Gotham’s five distinct boroughs in solo or in co-op and drop in on criminal activity wherever you find it.”