Grid Force: Mask Of The Goddess review – the tactics of bullet hell 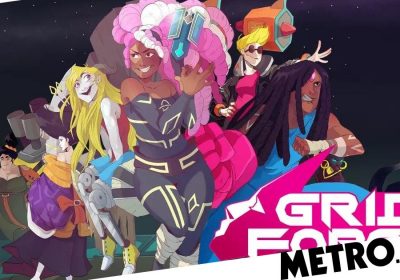 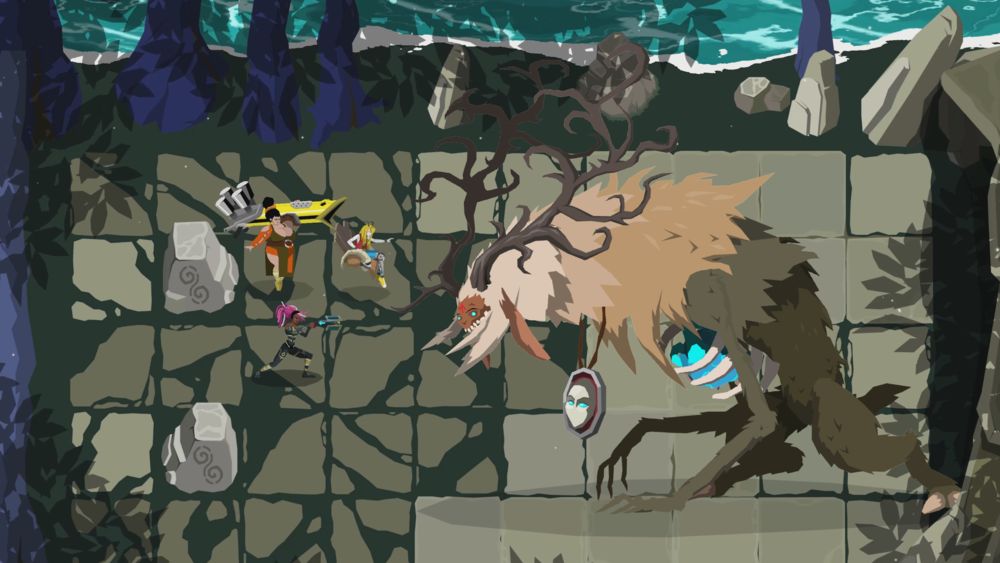 It’s not uncommon for indie games to mix and match different elements from multiple genres. Slay The Spire combines deck building, dungeon crawlers, and roguelikes to great effect; while Neon White manages to blend a first person shooter with a puzzle platformer. Now you can add Grid Force – Mask Of The Goddess to that list, with its unique mash-up of fast-paced bullet hell, tactical thinking, and role-playing into one of the year’s most interesting games.

Grid Force’s peculiar blend of genres almost sounds like throwing ingredients in a blender and hoping for the best. But in this case, the strange concoction that results is rather tasty. The first ingredient (yes, we are sticking with this analogy) is 2D bullet hell shooters. For those unfamiliar with games such as Radiant Silvergun, bullet hell shooters tend to involve a literal full-screen barrage of enemy projectiles to deal with, which at first glance seem impossible to avoid. Grid Force delivers that same high-octane action in its real-time combat, albeit in slightly less stressful scenarios.

It takes place on the aptly named grid, a series of tiles of various shapes that you move and dash around in real-time, to avoid the plethora of projectiles thrown your way, whilst also dishing out damage yourself. Visually, it’s reminiscent of the Mega Man Battle Network games and at first you might be a bit overwhelmed by the game’s frantic pace. However, you’ll quickly find yourself weaving through enemy attacks, managing force – your ability resource – and letting off shots with precision and style. Boss fights show the action at its best and are a definite challenge, with each win providing you with a mask that can provide huge game-changing ultimate attacks when equipped.

Thankfully, the developers weren’t too cruel here, and the game doesn’t quite reach the insane levels of seizure-inducing bullet barrages as games like Ikaruga. However, it’s not afraid to make you work for your victory, and as a result, feels incredibly satisfying when you do achieve one.

Alongside the action, some role-playing and tactical elements are also thrown into this genre smoothie. As well as protagonist Donna, you take three allies from the cast of 30 characters who can join you in your journey, all of whom play in unique ways across multiple classes, with different stats and abilities. Some favour fast movement and damage, whilst others can lend themselves to more, strategic play styles, with traps and effects to hinder enemy movements and attacks.

As you vaporise enemies and clear levels you earn sigils, Grid Force’s version of experience points that have an assigned element corresponding to certain stats. By using these sigils you’ll increase characters’ health, force, luck, defence, power, and speed, and with each milestone met, you work your way up a linear tree of unlockable abilities. All these pieces are what give the game its tactical twang, as you’ll be encouraged to mix and match different elements and characters into unique combinations that encourage changing up your style and how you play.

The game adds a little more flavour by giving you greater bonuses to stats if you favour a few over investing in them all equally, giving you the incentive to create a team of different specialities. These same elements also affect combat, as your party members and enemies will have favoured elements that determine their strengths and weaknesses in battle. Together these give you plenty of player choice and variety in how you play and advance.

As you progress through each of the game’s unique worlds, there are branching paths you can take depending on the dialogue choices you make and the characters you have unlocked. These often have more story content, the occasional side quest, or a chance to unlock new characters. It’s that extra bit of choice that goes a long way, especially as some dialogue choices can be pretty major, affecting relationships with characters and potentially story-changing decisions.

The story itself has you playing as the heroine Donna, a chosen champion of the goddess Clea. After waking with no memories, or any idea of what’s going on, she’s quickly drawn into a quest to defeat the warring goddesses of the world. Plot originality is not one of the game’s virtues, but it does have a decent mix of humour and more serious moments, with the latter touching on themes of loss, struggle, and individual purpose.

The exposition can be quite wordy at times though, which can lead to you eventually blanking out all the talk of world-ending catastrophes. You at least have some excellent visuals and manga-style comic strips cut scenes to enjoy, though, as you progress through the plot.

Other than the storytelling, the other main flaws are mostly technical issues, such as the occasional sound and video glitches, some balancing issues with certain enemies, and crash bugs. The game also suffers from some grindy moments when trying to level up your characters. Often you’ll need to replay levels to get the right sigils or otherwise the game quickly goes from a welcome challenge to a repetitive chore.

Despite these issues, Grid Force delivers a successful genre mish-mash, with plenty of great action and deep role-playing mechanics. The multicultural influences make for an interesting world and while that hasn’t inspired much originality in terms of the plot there’s a large and colourful cast of characters to meet. Like most indie games, Grid Force has some rough edges, but its melting pot of ideas proves surprisingly tasty.

In short: A fast-paced tactical bullet hell RPG that manages to blend its different elements with real skill, despite a few pacing and story issues.

Cons: The plot is hard to follow and very unoriginal. Level grinding kills the pacing in some sections.