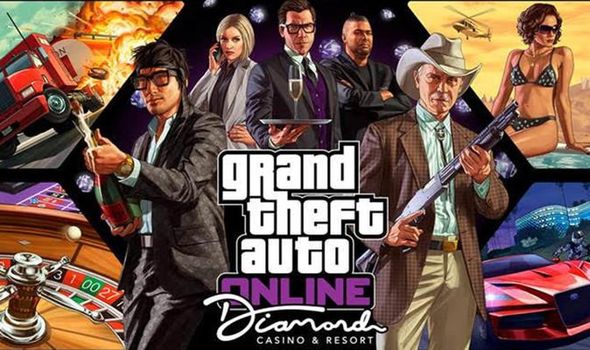 Rockstar Games has said the Grand Theft Auto Casino update will be launching this summer, but have not given an exact release date for the DLC.

The DLC is eagerly anticipated as Grand Theft Auto fans have been teased that the GTA Casino would be launching ever since GTA 5 first came out in 2013.

The GTA Casino, which will be called the Diamond Casino & Resort, will be the main attraction of the “largest and most extravagant“ DLC yet.

Rockstar Games has posted two big updates on the GTA Casino – one being a teaser trailer on Twitter announcing the DLC and a following blog post.

These GTA 5 Online Casino teasers were published in June over the space of two weeks, but since then official news has been thin on the ground.

In their last blog post Rockstar Games teased that in-game pictures of the GTA Casino would be coming next.

However, since then no pictures of the GTA Casino have been released – but that could all be about to change soon.

Rockstar Games insider Tezfunz2 in a recent tweet claimed the GTA Casino could be released this month.

They tweeted: “Rockstar will reveal new details about #RDOnline next major update in the coming weeks, this would raise the possibility of us getting #GTAOnline casino update this month.”

There’s not much time left in July so that narrows down when the GTA Casino could drop.

If it is being released in July, then Rockstar Games would likely want to build anticipation for it by releasing those first pictures that were teased.

Previous news updates on the GTA Casino were revealed on a Thursday, which is the same day that GTA 5 patches are launching these days.

There are only two Thursdays left in July, so it’s possible the GTA Casino pictures could be released today (Thursday July 18).

Then, following on from this, the GTA Casino update may land the following Thursday – July 25.

This remains to be seen, but in a previous tweet Tezfunz2 ruled out the GTA Casino launching today.