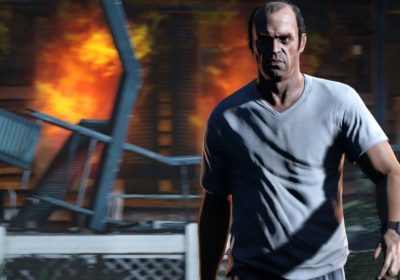 Even if you try to complete GTA 5 on your best behavior, you will still have to kill more than 700 people.

If you have played any GTA game, chances are you have spent a very brief period trying to play it while obeying the law. Not breaking the speed limit, stopping at red lights, and definitely not killing anybody. You will have also discovered that the game gets boring very quickly when you do that. It’s also not possible to complete the game’s story without shedding an awful lot of blood.

That is a pretty obvious statement to make on the surface. A number of GTA 5’s missions require you to kill people. However, some extensive research by TK-576 has discovered the absolute minimum amount of violence needed to complete the game. It turns out you can’t make it to the end without seeing off at least 726 people.

That’s 295 kills as Franklin, 258 as Trevor, 172 as Michael, and for all three of them together when they push Devin Weston off a cliff. The team at Sex-Positive Gamer took six months of playing the game over and over again to get it down to that number, and they have compiled every single necessary kill in GTA 5 in the video below. It’s even split up into handy chapters.

To keep the kill count as low as possible, the team tallying up the deaths always chose stealth over heist, fled from missions where it wouldn’t result in them failing, and obviously didn’t mindlessly mow down pedestrians, no matter how much they might want to. There is one caveat, and it comes in the game’s final mission where 93 kills occur. If you have reached that point, you will know there’s a choice to be made.

You have the option of killing Michael or Trevor to bring the game to an end, which avoids the alternate ending where all three team up for a very violent finale. However, since GTA Online reveals that is the way the game is supposed to end, that’s the one used in the video above as it is the game’s intended ending. Best of all, unless you’re waiting for the announcement of GTA 6, you will be able to test this out for yourself on new-gen consoles when GTA 5 is re-released on PS5 and Xbox Series X, hopefully before the end of the year.