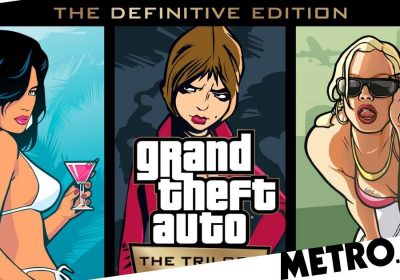 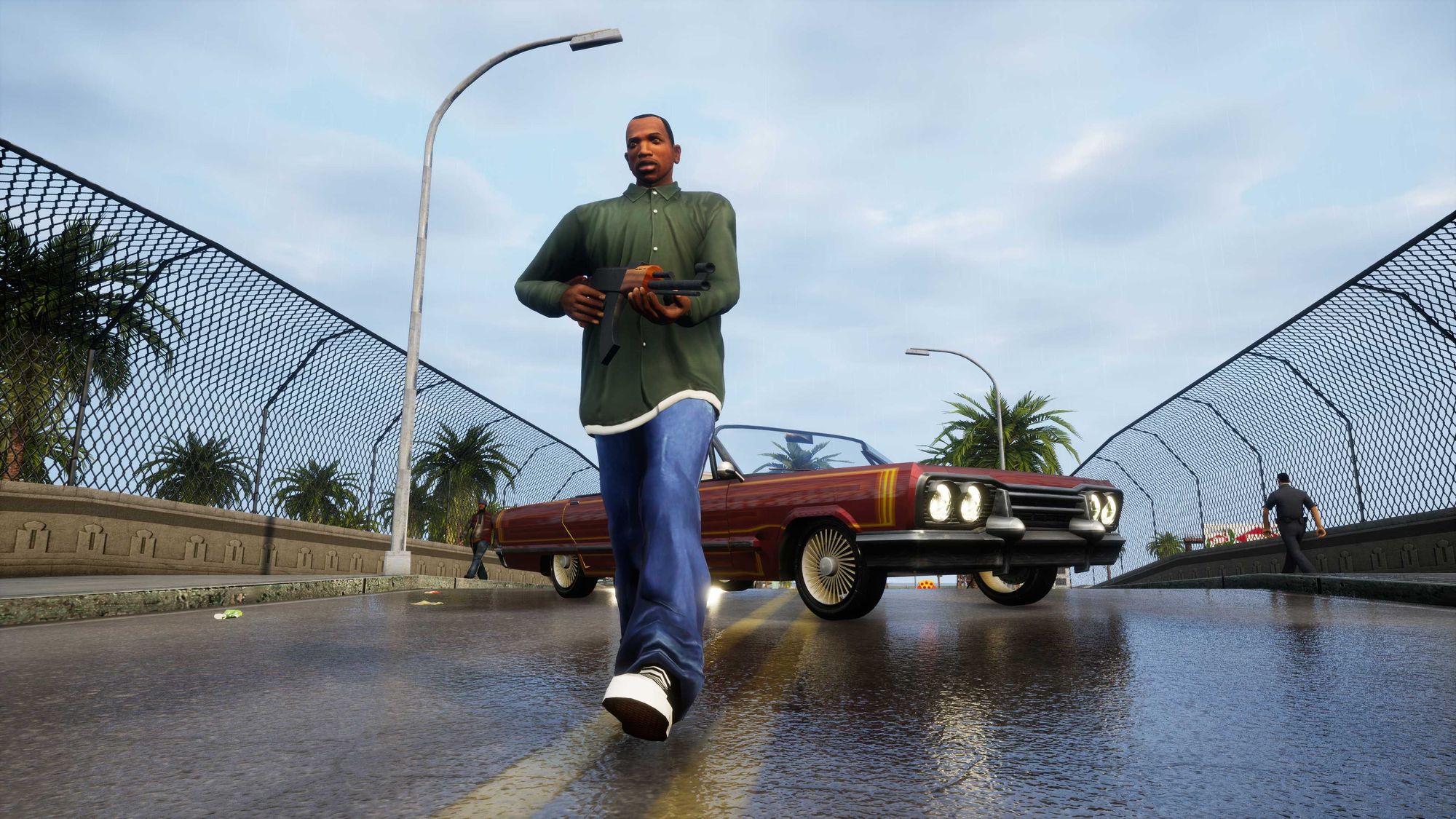 As Microsoft brought an end to their backwards compatibility programme recently, they talked about how, ‘we’ve celebrated our passion for incredible games and proven the importance of preserving our legacy for future generations of gamers’. They’ve certainly done their part but it’s sad to say that theirs is the exception rather than the rule. Most companies only care about their back catalogue when they’re after some easy money or to fill a gap in the release schedules, the desire to preserve a beloved classic usually being a secondary consideration at best.

In just the last few weeks we’ve had another shameless rehash of Skyrim, that fails to fix a litany of 10-year-old bugs, and the Nintendo Switch Online expansion pack that, for an extortionate fee, offers a range of badly emulated N64 games that have had so little care and attention afforded to them it’s a wonder social services didn’t get involved.

Which brings us to GTA: The Trilogy, an own goal so spectacular it belongs in the football home of fame. Nobody asked for or expected all three PlayStation 2 games to be re-released at the same time, just weeks after first being announced, and yet here the Definitive Edition stands: a sloppy, amateurish compilation of three of the most iconic video games ever made.

It’s important to point out straight away that this is not a Cyberpunk 2077 situation. Although all three game are filled with bugs, relatively few directly impact how you play and we only had a couple of crashes – and those solely on San Andreas.

It’s common to see cars and people disappearing into the ground or ghosting through walls, as random objects float through the air or turn invisible, but by luck rather than judgement you’ll rarely fail a mission because of them. Instead, the majority of issues are cosmetic, like the ridiculously broken way the rain works, as it penetrates through solid objects and disappears when over the sea.

One of the contributing problems is that, for reasons best known to themselves, Rockstar has never had a proper remaster of any of the games before. GTA 3, Vice City, and San Andreas, all had mobile versions (which is bizarre in itself, given how ill-suited the games’ controls are to a touchscreen) but only San Andreas’ one was released on consoles. Which means many people won’t have played the games since they were first released – which creates quite the culture shock when time catches up with your memories.

The Definitive Editions are frustrating for a hundred different reasons but one of the main ones is that few games are more deserving of a proper remaster than these. The originals all had terrible performance in terms of frame rate and draw distance, as well as near broken controls for both combat and driving, which makes them almost impossible to appreciate in their original form.

The new controls are better but they’re still not as good as GTA 5 – which itself is far from a master of third person combat or racing – with wish-washy melee fighting and a lack of tactility to the gunplay that makes it hard to tell whether you’ve even fired half the time, let alone hit anyone.

The improved frame rate is a welcome improvement in theory, except all the games suffers from unexplained freezes and hiccups that have initially been blamed on moving the games over to Unreal Engine. The longer draw distance is also a double-edged sword, as when you’re flying there’s no attempt to add any atmospheric haze or fog and it looks incredibly fake – like you’ve accidentally switched on the debug mode.

These and the litany of other glitches will no doubt be fixed in time, but another issue is the ugly new art style chosen for human characters. Originally the games attempted a photorealistic look, especially by the time of San Andreas, which pasted complex textures onto the faces of even minor characters. These have all been removed now, in favour of more detailed character models and shading options. But most of the time this ends up looking weirdly cartoonish, homogenising the appearance of characters in terms of both age and ethnicity.

Other changes are unequivocally for the better, such as the modern mini-map and waypoint system, and weapon selector wheel, added to each of the games. The ability to instantly restart a failed mission is also greatly appreciated. It’s odd that there are less camera options than the originals though, including the iconic top-down view.

It should also be noted that fan-made mods have done all these things, particularly the improved graphics, much better than Rockstar themselves and yet, predictably, they’ve all been hit with takedown orders for their troubles.

The final, intractable problem is how the games themselves have aged over time, and the answer is not very well. The sense of nostalgia will be so strong for some people that they’ll be able to ignore, consciously or not, how simplistic and repetitive the gameplay and storytelling is, but in the cold light of day it’s very obvious. GTA 3’s protagonist is entirely mute, which immediately feels wrong, and there’s little in the way of an overarching storyline, just an endless series of ‘drive here and kill someone’ missions.

That’s absolutely not a criticism of the original game, given GTA 3 pioneered the whole concept of modern open world games, but it doesn’t stop it feeling any less archaic nowadays. Vice City is barely any better, as while it has a voiced protagonist, by Ray Liotta no less, it’s just as obsessed as the first game with copying scenes and scenarios from famous gangster movies, rather than creating anything original itself.

The voice-acting and dialogue slowly gets better as the series progresses though, with San Andreas having a genuinely star-studded cast including everyone from Samuel L. Jackson and Peter Fonda to Danny Dyer and Shaun Ryder. The best writing for the series has always been the adverts though, not the characters, and the game’s satire of American consumer culture is as sharp as ever. In fact, it’s impressively prescient given how limited internet culture and commerce was back in the early 2000s.

However, it’s only with San Andreas, easily the best of the three games, that the storytelling begins to come into its own, with something approaching a more modern approach. Although in all three games the dearth of prominent female characters verges on the sinister, an issue that still hasn’t been addressed even with GTA 5.

If the three games were also available separately then the obvious suggestion here would be to buy San Andreas now and see if they fix the other two later, but that’s not an option. Your only choice is to stump up £55 for three poorly remastered classics that deserve to have been treated with far greater respect than this.

The whole situation is just so baffling. It was GTA 3’s 20th anniversary in October, so it would have made far more sense to concentrate all efforts on that. The other games could then come later, either for their own 20th anniversaries or at some smaller interval between each other. Unless Rockstar is having trouble paying the rent at the moment – which they’re very clearly not – there’s no explanation for the route they’ve taken other than pure greed.

Rockstar clearly believe their fanbase will buy whatever they put out without a second thought, which is perfectly understandable given their enviable reputation up to this point. A reputation that has now taken a serious blow for no reason other than a quick buck. That’s a sentiment that makes sense on a meta level, given the themes of GTA itself, but which many fans will find hard to forgive.

In Short: Lazy, amateurish, and half-finished are not how you usually expect to describe a Rockstar game, but this easily avoided mess shows three classic games in the least flattering way possible.

Pros: All three games are genuine classics and the new controls and improved frame rate do help to make them more playable. Some smart dialogue and voice-acting, especially in San Andreas.

Cons: A complete shambles on a technical level, with some bizarre stylistic choices. The first two games are really showing their age in terms of their script and simplistic action and mission design.