Head to the House Contractor once it’s unlocked, and you’ll be able to purchase a wide variety of customizations for the House of Hades from an incredibly-extensive list. But, you’ll need some Gemstones for most purchases. Luckily, they’re available in abundance in the Underworld, so you should be able to find plenty. Here are all the ways to obtain Gemstones. 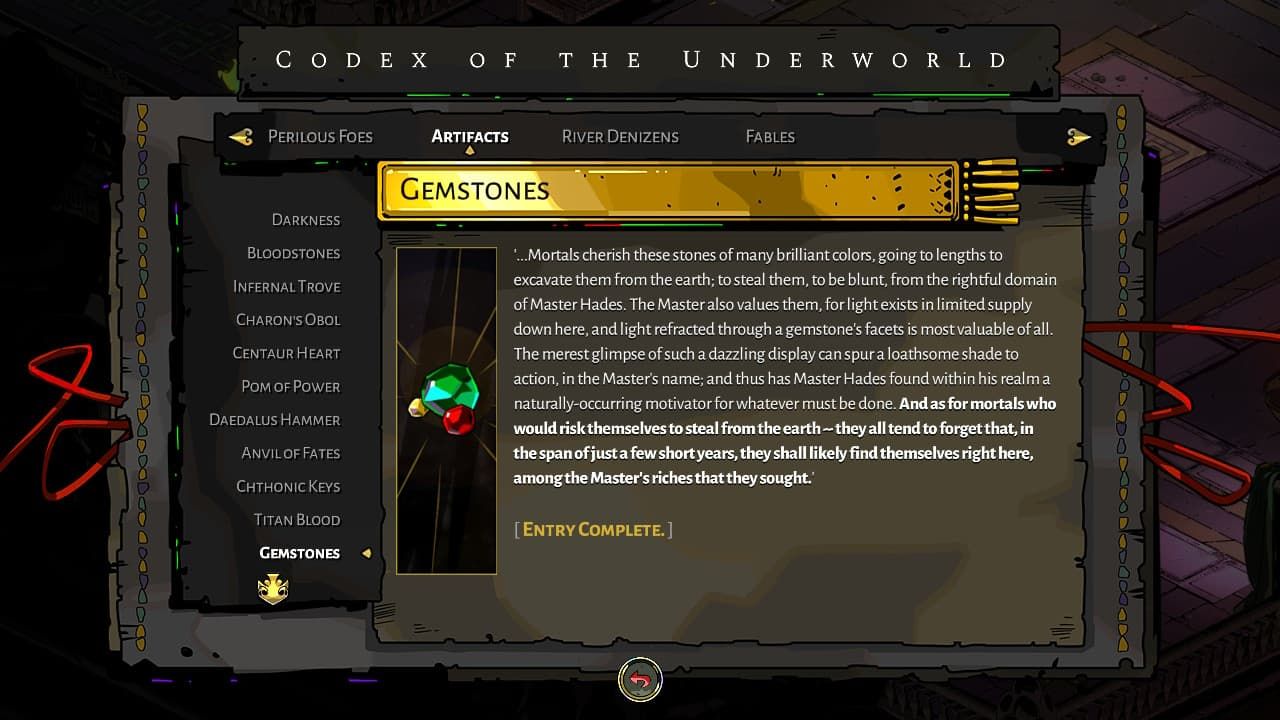 The first (and probably most primary) way to obtain Gemstones is as room clear rewards. Just like Darkness, Obols, boons, and more, Gemstones can be dropped after clearing an encounter, that is, defeating every enemy. They’ll show up on the room preview too, so you know what you’re getting.

When given as a room reward, there are five Gemstones to pick up. It’s not much, but it definitely helps. 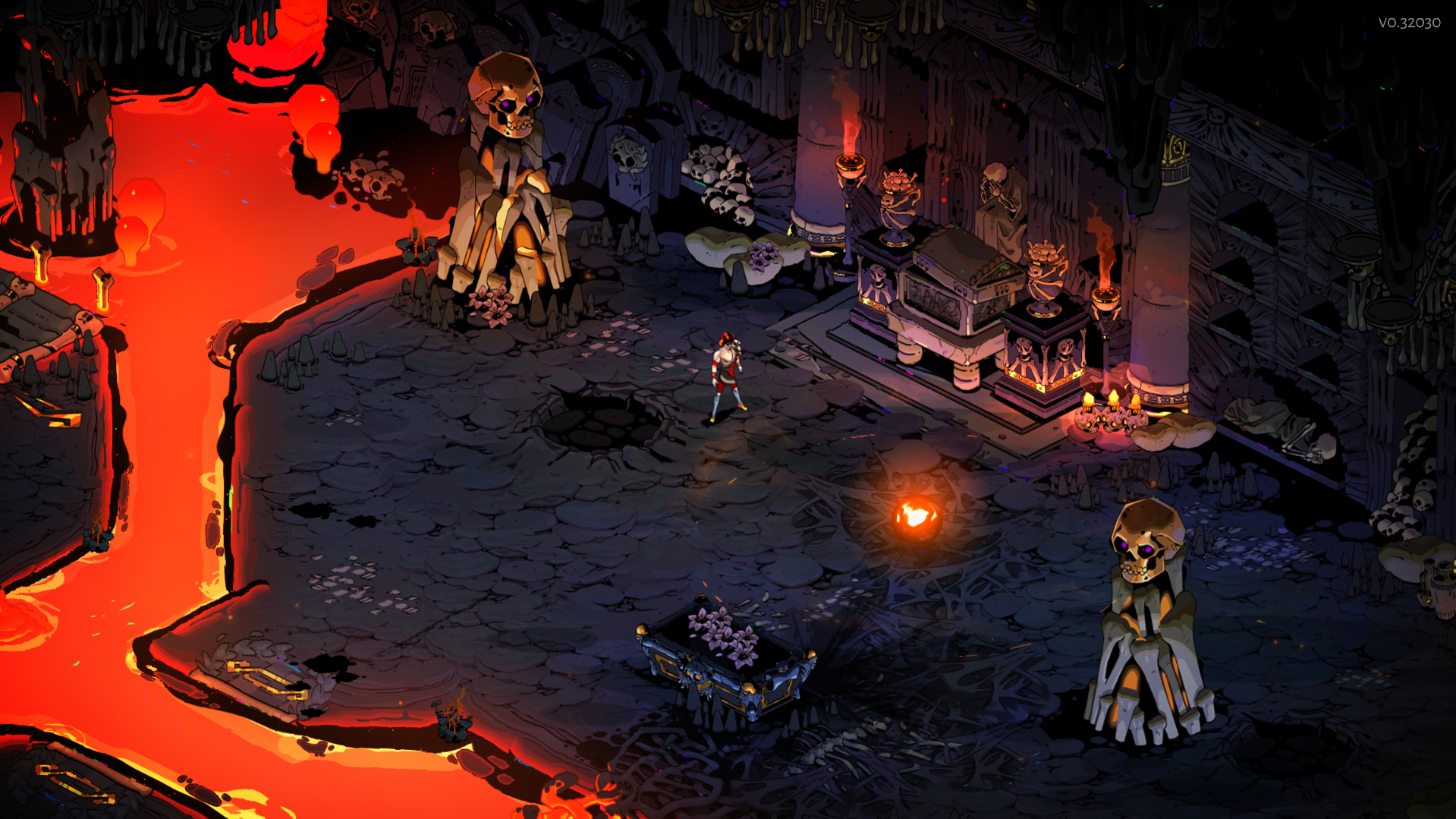 After unlocking them via the House Contractor, with, ironically, Gemstones, Infernal Troves may start to appear in Underworld chambers. By opening them, Zagreus triggers a challenge where he must defeat a certain number of enemies. The quicker he beats this challenge, the more of the promised reward he’ll earn. 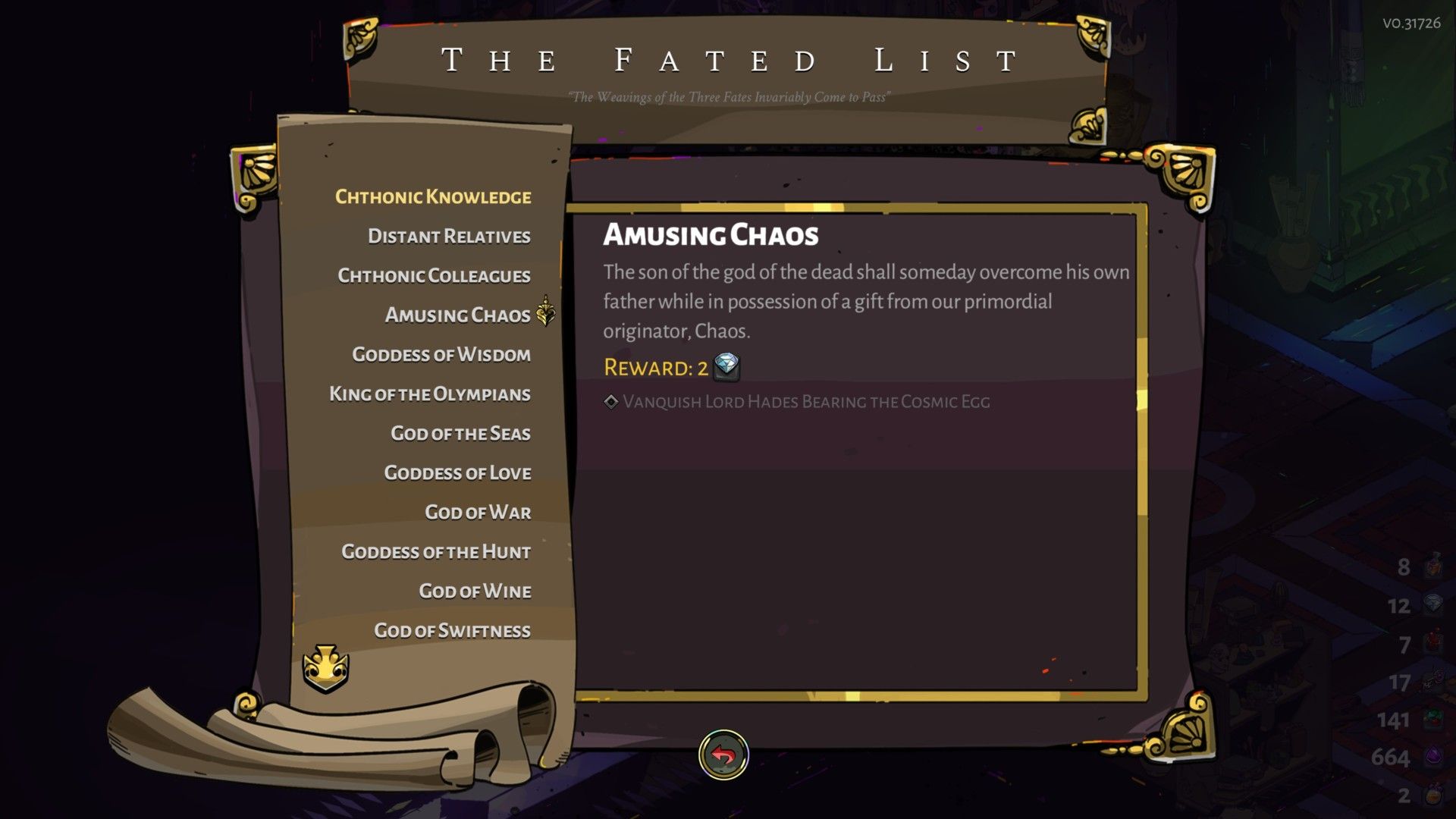 Few sources will provide such a huge number of Gemstones as the Fated List of Minor Prophecies. This small table with an unfurled scroll provides Zagreus with some prophecies that have been foretold, basically serving as a list of achievements.

Many of these prophecies provide an incomparable number of Gemstones. Earning the boons of the various Olympian Gods will provide you with 150 Gemstones each, for example. There are a handful of other Gemstone rewards on the Fated List as well, with the best one being 1,000 Gemstones for finding each of the various Legendary Boons. 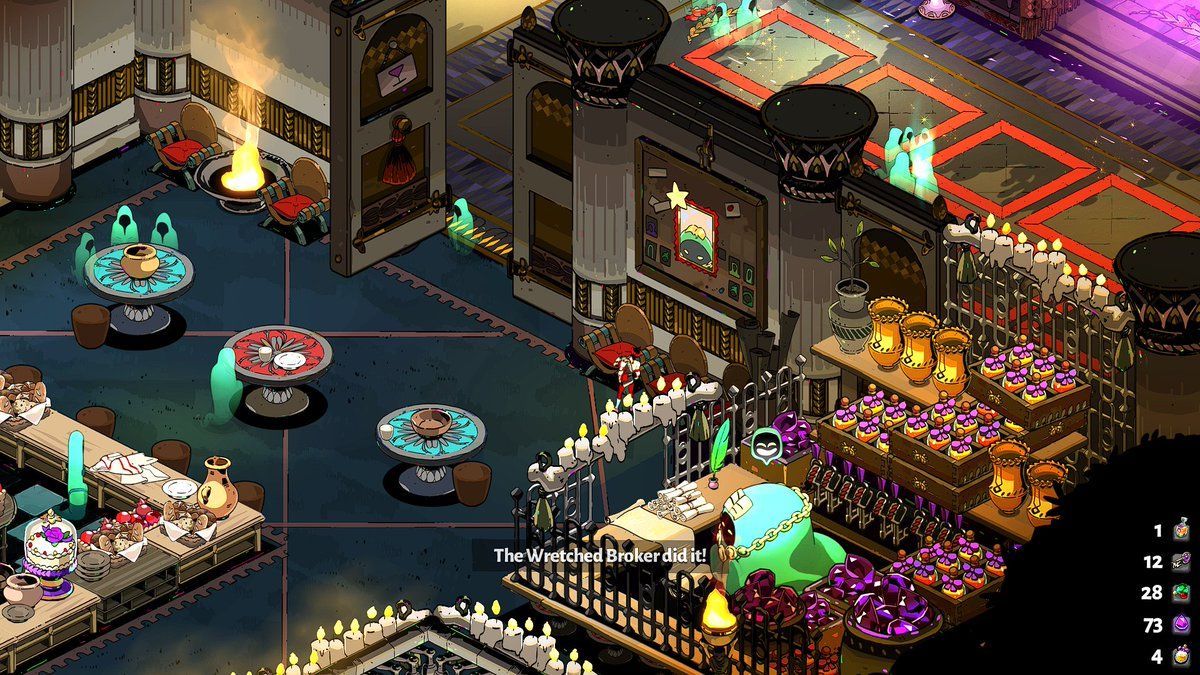 Located on the right-hand side of the Lounge in the House of Hades is the Wretched Broker, a cunning shade that will provide Zagreus with some exchanges that are typically pretty unfair, weighted toward the shop owner and not the player. However, it can be a great way to grab some Artifacts that he needs desperately in certain situations.

One of the things the Wretched Broker can sell in its rotating deals is Gemstones in varying quantities. Occasionally, the Broker will offer 20 Gemstones for 2 Chthonic Keys, 200 Gemstones for a batch of Titan Blood, or 50 Gemstones in exchange for 300 Darkness. 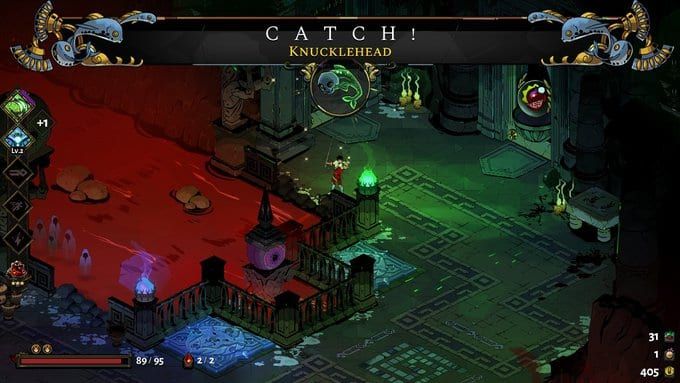 One way to grab a ton of free stuff is by fishing, which can be done after purchasing the Rod of Fishing at the House Contractor. After obtaining it, Zagreus can fish at little glowing spots around the Underworld and the Surface. Each of these fish can be traded in to the Head Chef for a bunch of great stuff, including Gemstones. 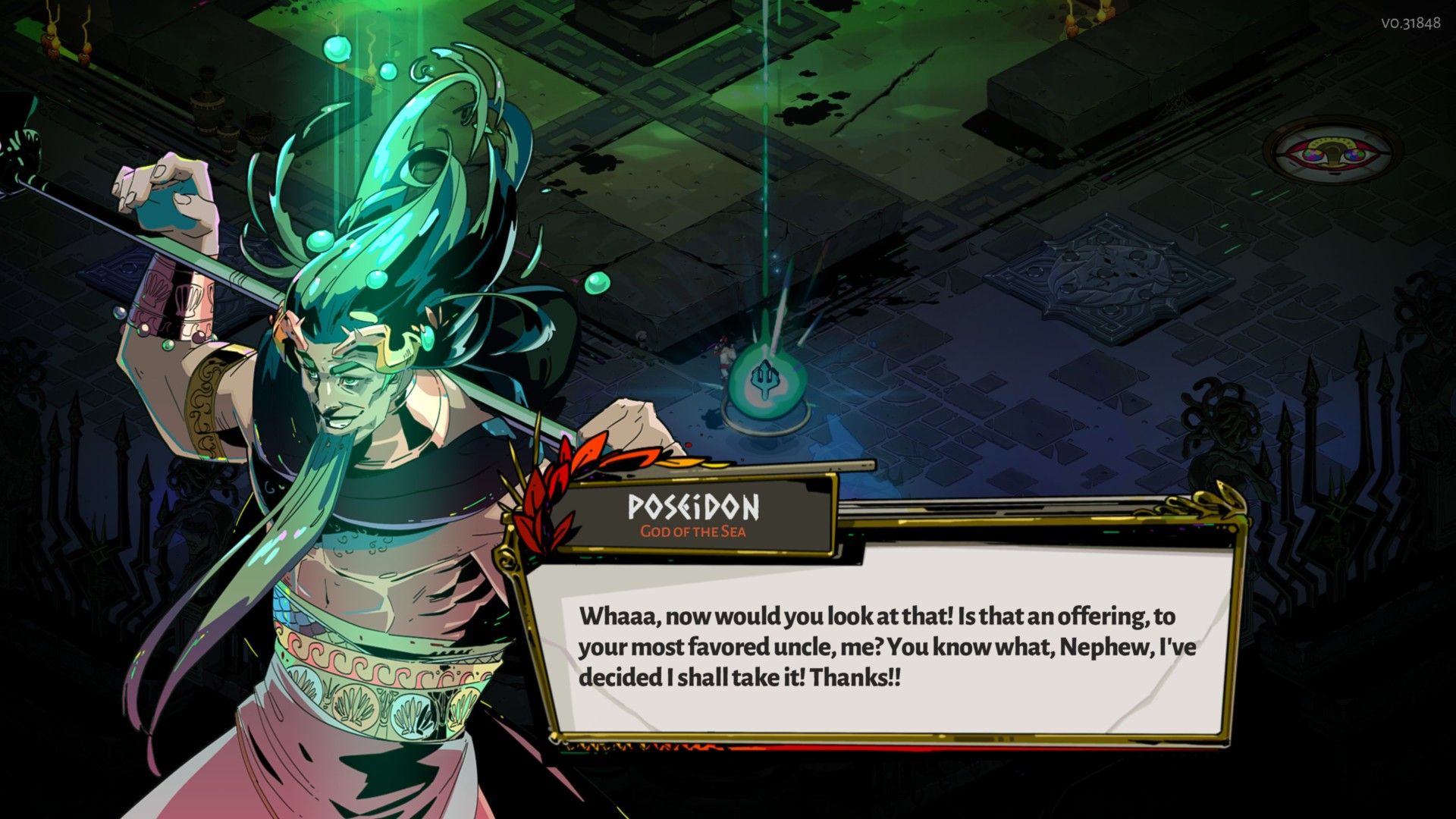 As the God of the Sea, Poseidon loves to grant you some treasure if you pick the right boons. He has two that can affect the number of Gemstones, as well as the amount of Darkness and money Zagreus can find in the Underworld.

Sunken Treasure will grant Zagreus a handful of Gemstones, Darkness, Obols, and health-restoring items. Ocean’s Bounty increases the value of Darkness, Gemstone, and Obol room rewards. The rarity level of this boon affects the percentage increase in value, from 50% at the Common tier to 65% at the Heroic tier. 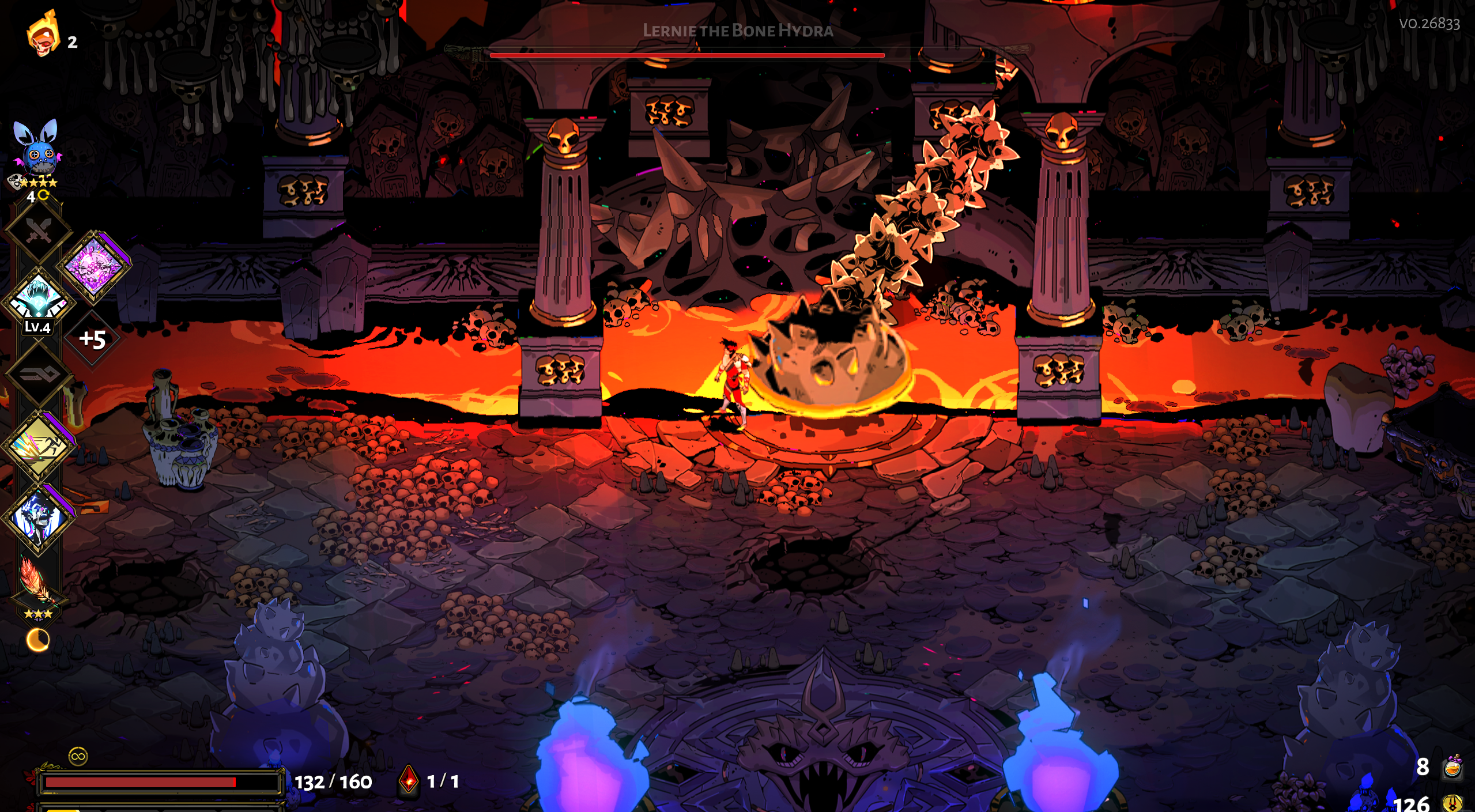 After a certain point in the progression of the game, some of the Artifacts become a bit less useful because the player has finished the portions of the game they are used for. As an example, after upgrading most or all of the Mirror of Night talents, Darkness becomes much less valuable.

The game balances this by giving the player the option to add bonus rewards to some of these less-useful Artifacts. There are a few of these bonus perks, but Vanquisher’s Keep affects Gemstones, the topic of this list. When purchased at the House Contractor for three Diamonds, this perk makes the rewards earned from defeating bosses also drop a handful of Gemstones. 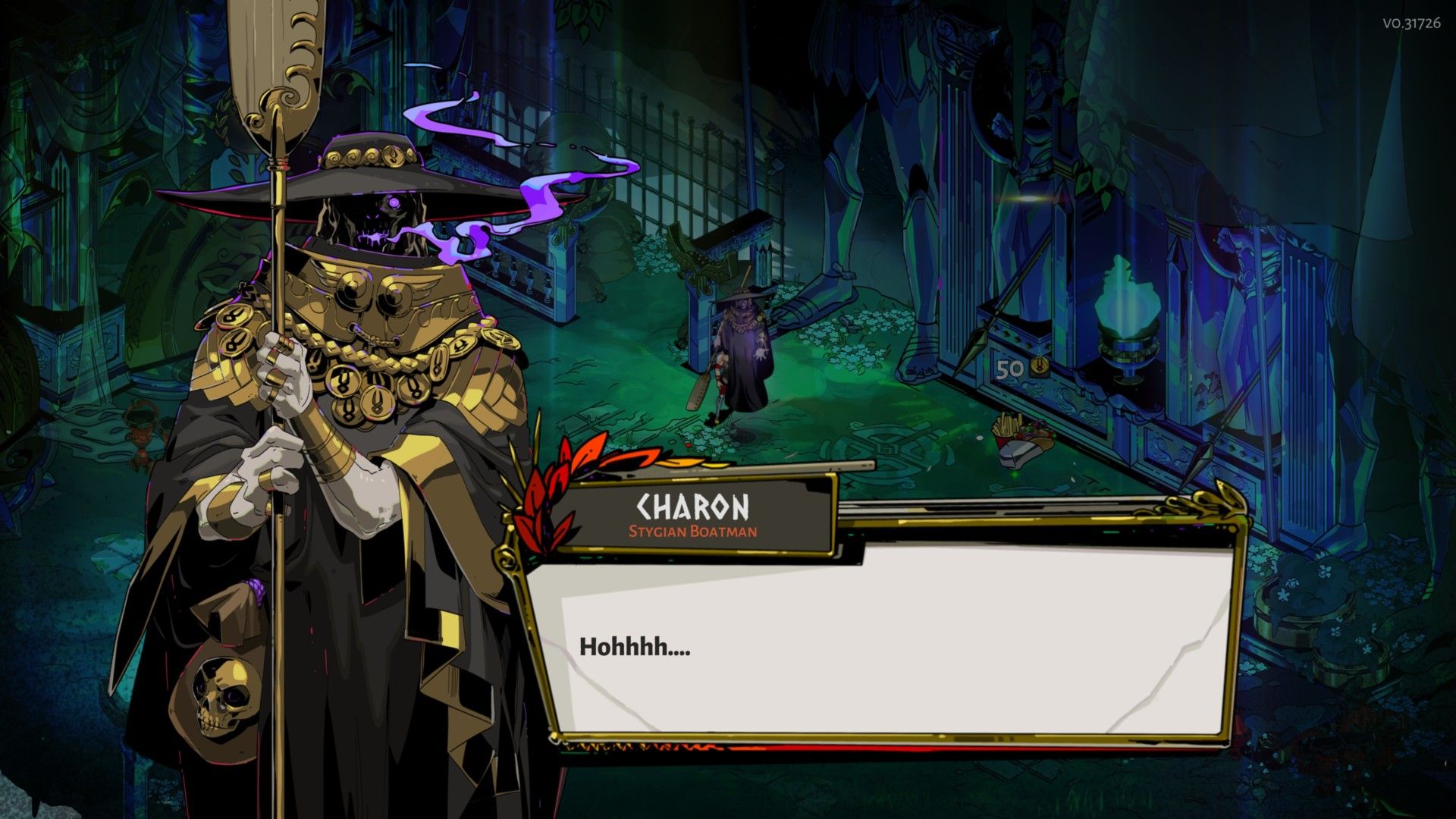 Charon, the boatman of the River Styx, is an ever-present character in the Underworld, always popping up to sell his wares to Zagreus and aid him in his escape. Sometimes, this help can take the form of a handful of Gemstones.

At his shop, the stock rotates at random, offering three different wares at a time. If you’re lucky and looking for Gemstones, Charon might have them in stock. He’ll sell 20 of them for 75 Obols. His shop in Styx will never stock Gemstones, though. 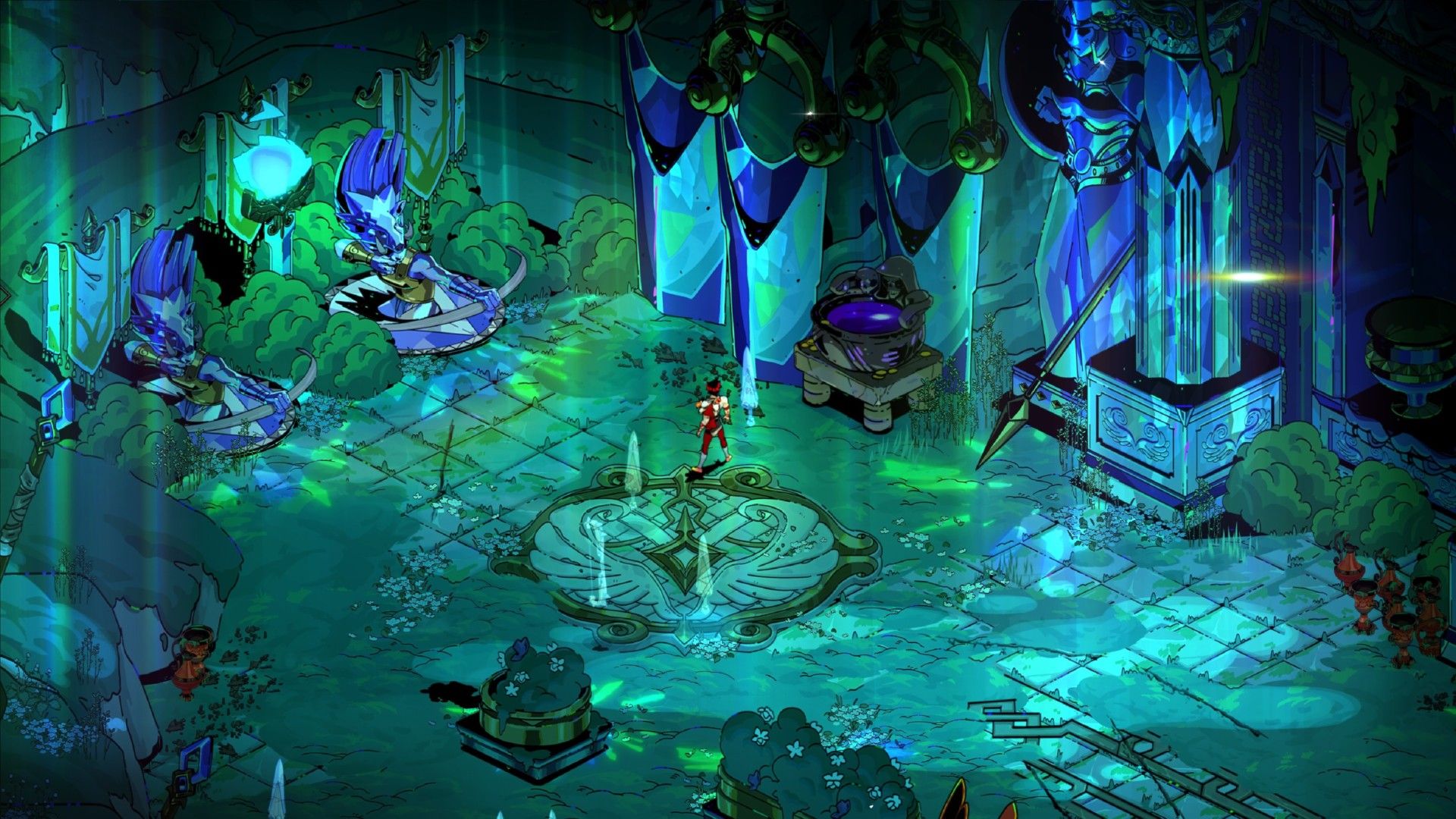 Charon also operates some outposts separate from his main shop, called the Well of Charon. These small shops will offer boons and other bits of help for Zagreus in random chambers around the Underworld, selling three random options at a time. However, there are methods to make these Wells appear more often.

Occasionally, the Well of Charon may offer an item called Gaea’s Treasure. The price varies, but if purchased, it will immediately drop 11-14 Gemstones. 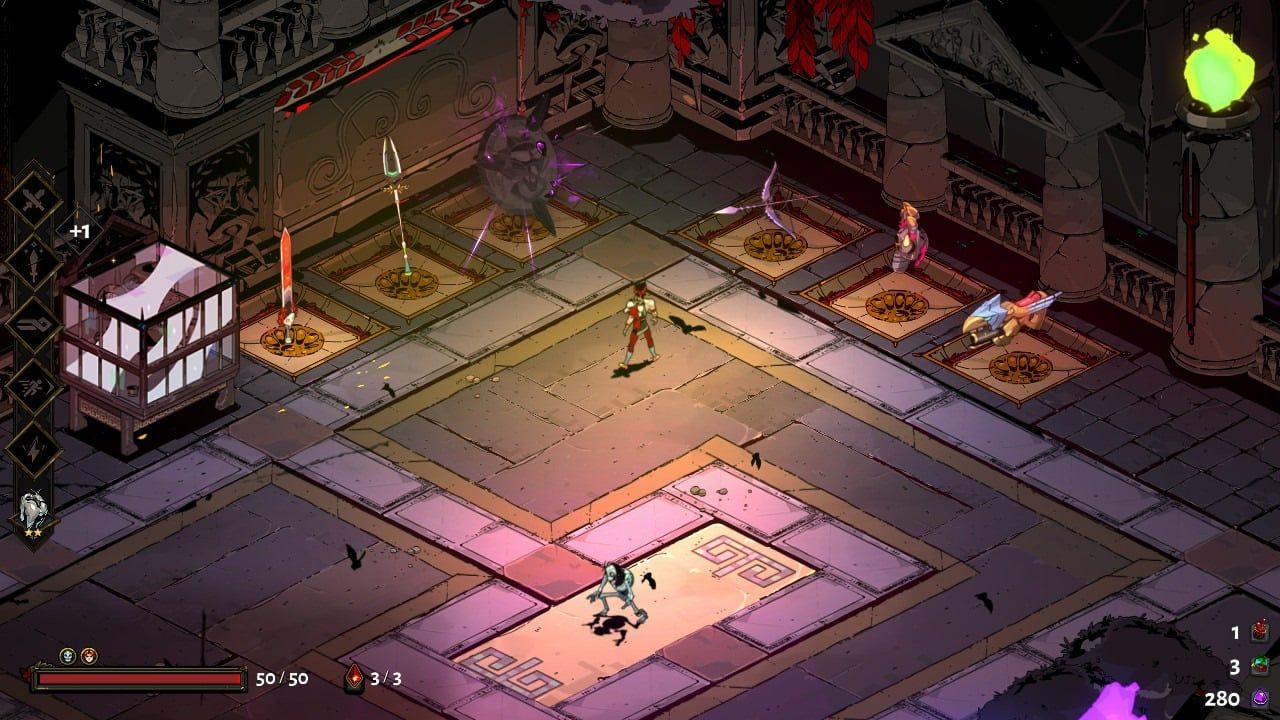 From the first run onward, a random weapon may offer a bonus called Dark Thirst. If used for that particular run, the weapon will allow Zagreus a 20% bonus to all of the Darkness he collects.

However, as mentioned, Darkness begins to lose some value as the Mirror of Night is completed. So, Zagreus can increase the value of Dark Thirst by purchasing the Work Order called “Darker Thirst” from the House Contractor. When purchased, this buff makes the Dark Thirst bonus also grant a 20% increase in Gemstone earnings.

NEXT: Every Weapon In Hades, Ranked 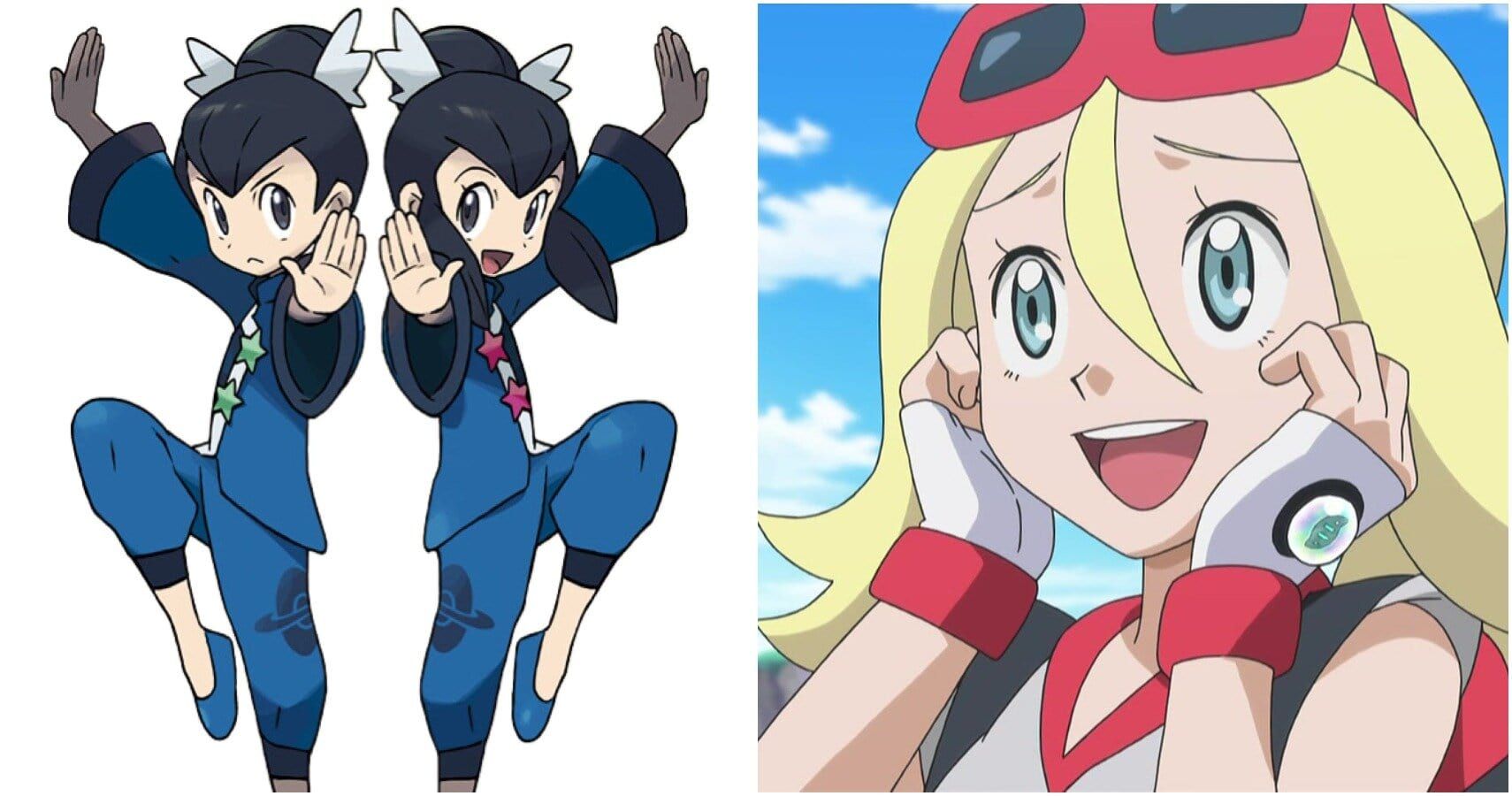