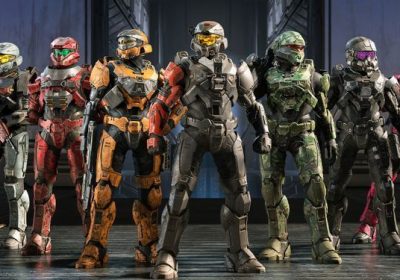 Halo Infinite has had one hell of a launch. 343 shadow dropped the multiplayer at a time when games like Battlefield 2042 and Call of Duty: Vanguard left a lot to be desired – and the campaign brought with it a fresh outlook which sealed it as one of the best games of 2021. That's not to say that the multiplayer didn't have faults of its own, the biggest being the progression system. Another issue that players have been facing is the Big Team Battle mode.

Earlier this week, 343 published a blog post which mentioned that most of the devs are back from their holidays and have already begun addressing the issues players have been reporting. "As you know, we’ve been dealing with some frustrating issues with BTB nearly since launch," said the post. "And despite a few attempts at solving and mitigating before the holiday break, we were not able to get this fixed. While BTB has remained playable, there are matchmaking issues that increase with more players and larger fireteams have a low chance of successfully joining into a game together."

However, it seems that the devs have made a breakthrough, according to an update on the same post. "As promised, back with a quick update on the status of Big Team Battle," said the update. "Yesterday the test pass was completed and the hotfix is now in the process of going through Xbox certification. As long as no issues arise, we are targeting releasing this hot fix middle of next week."

All players will also be granted 5 XP Boosts and 5 Challenge Swaps as a token of appreciation for their patience as well as a new year treat. This will be available in your inventory once the hotfix goes live, all you need to do is log in any time in the month after the patch. The developers will continue working on reported issues regarding economy, armour customization, ranked, cheating, and network.

With the dawn of a new generation, the Xbox 360 servers for Halo have officially been shut down. This has resulted in a number of players paying tribute by sharing their memories on social media.