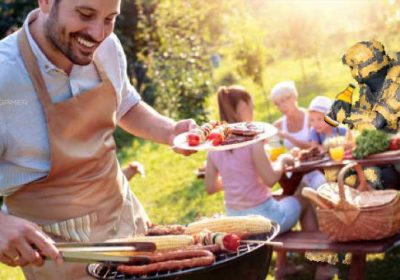 If you're sat thinking, "What the hell are you talking about?" I completely understand your confusion. In previous Halo games, players who chose to double team a mongoose would ride facing the same way. Did it make the most tactical sense? No. But did it instill them with a sense of security, comfort, and camaraderie, knowing their bro always had their back? I like to think so. What we got now is Blood Gulch's mountains, everything's built on that.

Now, instead of riding like two lovers about to rob a desert highway gas station together, the rear Spartan has turned around and manspreads like a proper dudebro. Everything about the pose is super straight now, from the lazy reach around to the forearm resting on his upper leg. It all screams, "Nah what do you mean bro, I'm straight as an arrow. What's gay about two buff military dudes going for a ride together? We patrol in pairs for protection, man." Sure, buddy, sure. We all know you just need a good cuddle.

Fans are, understandably, devastated by this news. We wish we knew how to quit you, Chief. One person on Twitter wrote, "Come on 343, Let me hang loose with my bros caboose on the mongoose." Another cried, "Let me sit in the driver’s lap instead! Sometimes I get scared going so fast!" While a third correctly stated, "As if going ass to ass isn't gay." It is, dear reader. It is gay.

Halo Infinite is a in beta! We should be able to snuggle up to our bros when we get scared. Oh well. We may have lost the gayest of all FPS seating arrangements, but we'll always have Brokeba- Blood Gulch.