At Blizzcon 2019, it was common to see and talk to attendees that had only one thing in mind – more Diablo IV. People were getting in line over and over again to play the demo, either to try different classes or to try and discover any secrets in the area we had to play with. That area included a main questline for those who wanted to do it, two dungeon areas, a world boss, a zone event, and more. For my demo, I went druid. How can you not? Sorceress and Barbarian are fun, but the returning expansion class from Diablo II: Lord of Destruction was too much to pass up. 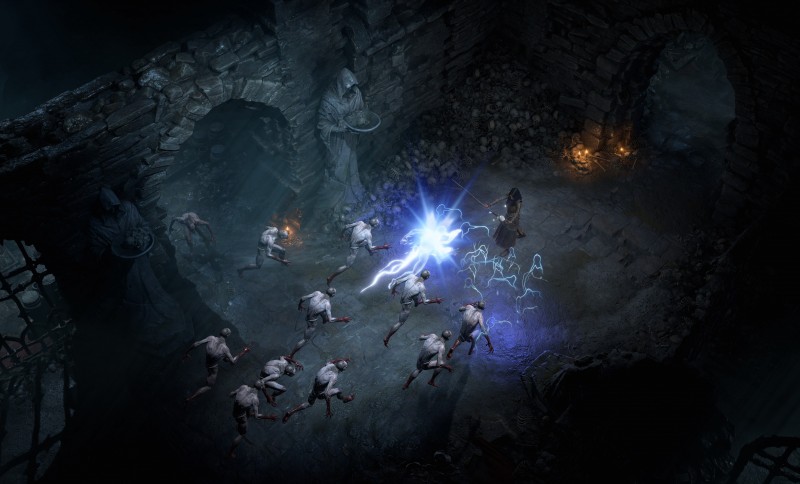 I opted to skip the main quest and pack in as many activities as I could into one play session. The highlight of this was the world boss located in the demo area, Ashava. While big bosses are common fare in the Diablo series, it was a new experience to see other players all trying to stagger and take down this boss together – a boss that has many powerful abilities and can even potentially one-shot you from full health if you’re standing in the way of a telegraphed wind-up attack. However, those bold demo station warriors worked together, our actions resulting in a satisfying spray of loot and even a legendary-quality item for me. During the frenetic time with the boss, I got to try out my demo kit, which gave a good taste of some druidic options, including an old favorite, pulling a giant rock meatball from the earth and shoving it into foes.

The druid’s rapid shapeshifting lets me get right into the thick of combat, and let loose on enemies with massive AOE bear slams that crush anything nearby. If I need even more AOE, I’ve got it in the form of my ultimate ability, Cataclysm. Combining these abilities let me stay alive even in the hottest combat situations with tons and tons of Fallen trying to swarm me. Read more about druid skills here – after playing all three classes, in the very limited context of the demo, the druid emerged as a clear favorite, as I could easily get myself into and out of trouble instantly, either unleashing hell with unparalleled AOE burst or rocking and rolling away to safety. 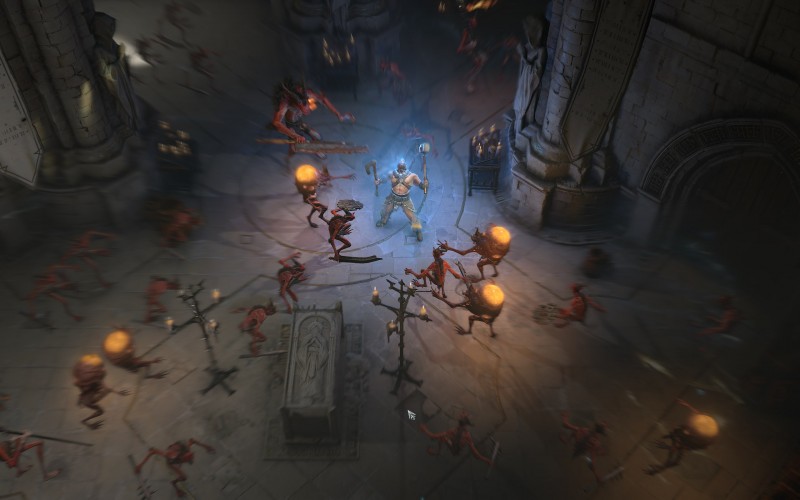 Much has been said about the grim aesthetic that Diablo IV brings to bear, but it’s different  seeing and playing in it. There is blood and bodies everywhere, a world without much hope, ridiculously dark – after Diablo III, it’s a stark contrast indeed. Moving through the world to try and find as many cool things as I can before the demo time runs out, I manage to clear out both dungeons available before the end. One of them is about even level to where characters have been set for demo purposes, and the other is a few levels higher. While my tasks are different in each dungeon, they really amount to the same thing – killing a ton of monsters and mini-bosses, cracking open resplendent chests in the hopes of finding some premium loot, and eventually completing the dungeon goal for some additional rewards – I may even find some quest pieces along the way if I’m interested in engaging with townfolk. Luckily, the task of slaughtering monsters en masse is as satisfying as ever, a loop that I’m sure will feel more meaningful outside of a demo where leveling and customization aren’t available.

While Diablo IV is definitely quite a ways away, the demo is a great showcase for the direction that the game is headed. Check out much more on Diablo IV this month as part of our December cover story.

Weekend Hot Topic, part 1: Best thing about the next gen