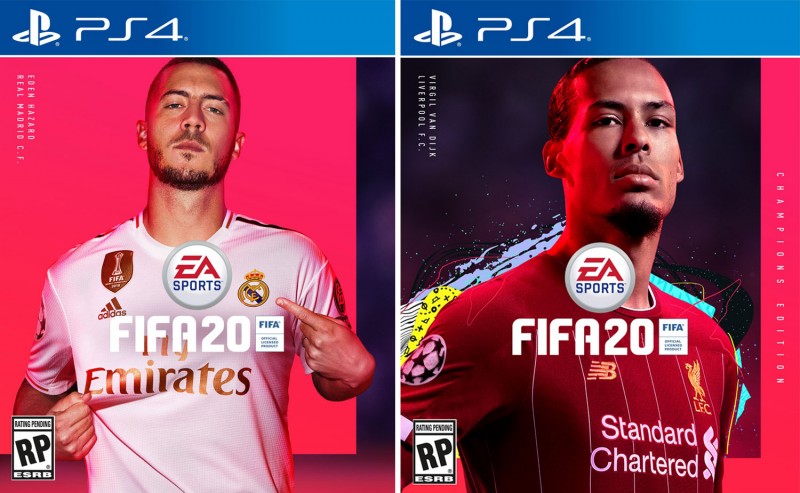 EA Sports has revealed two of the three athletes who will be adorning the boxes of the next FIFA game: Eden Hazard and Virgil van Dijk.

Hazard, a former Chelsea player who is now with Real Madrid, is the cover athlete for the game’s Standard Edition. Van Dijk, a Liverpool player considered one of the best defenders in the Premiere League, is on the cover of the game’s Champions edition.

And the identity of the game’s Ultimate edition? We’ll have to wait and see for that. Any guesses?

FIFA 20 is coming Sept. 27 on PlayStation 4, Xbox One, and PC. For more on the game, check out some of the new physics and A.I. improvements, as well as our wishlist for the new installment.