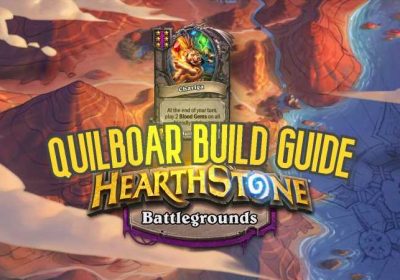 Quilboars are dominating the meta in Hearthstone Battlegrounds. With super-fast scaling, the potential to diversify down a different couple of build paths, and the fact they’re in every single game at the moment, you’d be making a mistake if you didn’t prioritize the piggies.

That being said, what makes the perfect Quilboar build? Which tier should you try to power level to? Are there any ways to transition into a Quilboar build even if you didn’t pick up the early game minions? Here’s everything you need to know about maximizing the potential of these fearsome hogs. 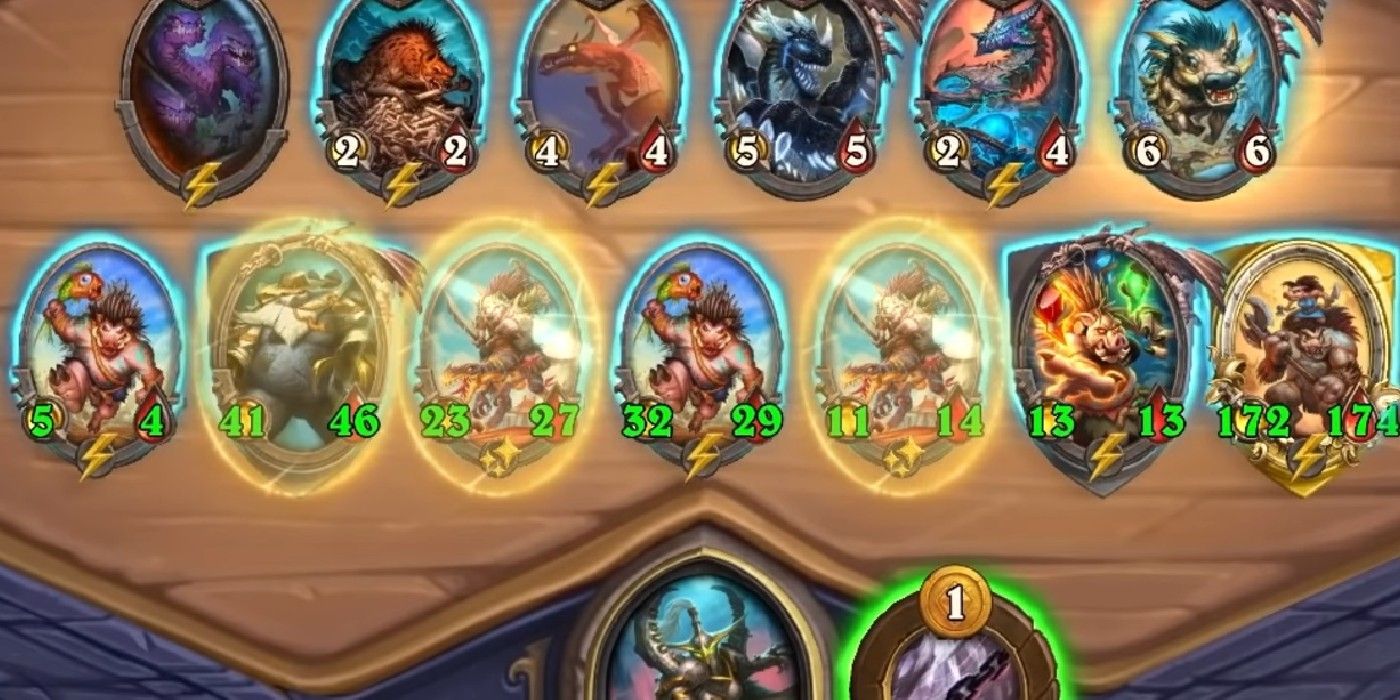 Quilboars are strong, but that doesn’t mean there aren’t nuances to how you should play the new minions. Here are some things to keep in mind as you experiment with the new tribe.

Quilboar Minion Tier List – What’s Worth It, And What Isn’t 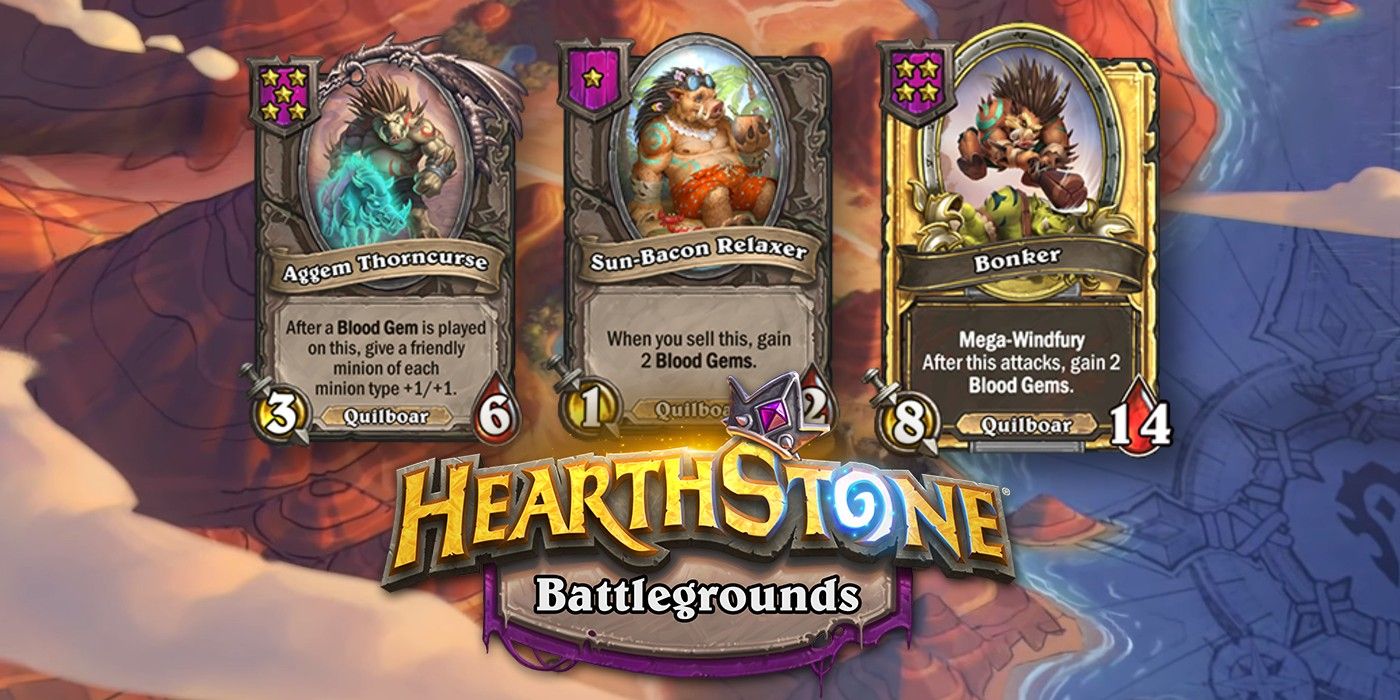 Battlegrounds is a game of making the most of your gold per turn. It’s a game of economy, and eventually building a board that scales faster than all the other players in the game. Quilboars are very, very good at it. Here’s a breakdown of the best — and worst — Quilboar minions. There are some that are up there with the best cards added in this expansion.

These are the Quilboar you shouldn’t even think twice about buying. If you see them in Bob’s Tavern, just buy them. You’ll probably win the game. These are also the top targets for tripling into, especially at Tavern Tier Four and Tavern Tier Five.

It’s a testament to how powerful Quilboars are in the current meta that the vast majority of the tribe’s minions come under the top two tiers. Here are the cards you should keep in mind if you’re going for a full Quilboar build, or want to diversify down a different route. The Legendary minions are very strong.

The early game Quilboars, like Razorfen Geomancer, Prophet of the Boar, and Tough Tusk are viable options, although they’re definitely weaker at the start of the game. You might find yourself taking too much damage if you opt for a Quilboar build right off the bat: it’s definitely wiser to rush to the higher tavern tiers while sustaining a strong mid-game build. For more tips on Battleground’s builds, check out the full guide to endgame builds. 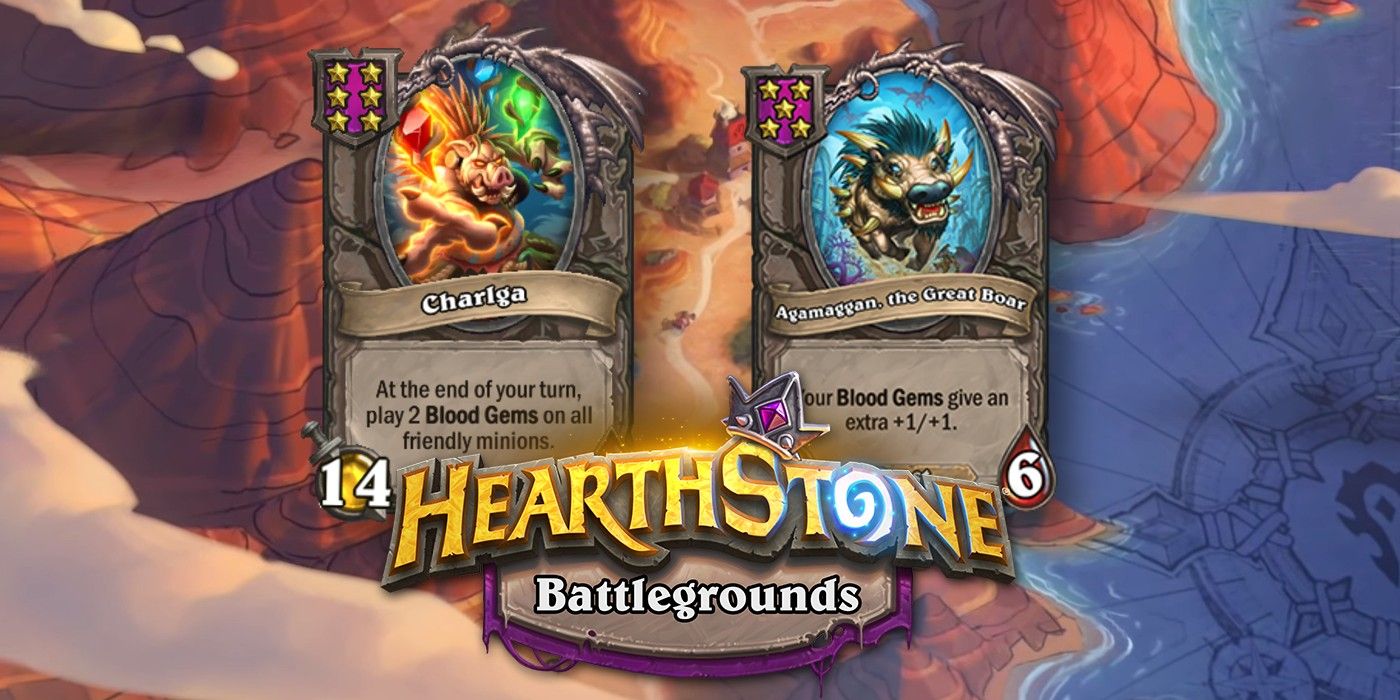 The premise behind this build is simple: aim for a high tavern tier and hope that you’re blessed with either a Charlga or Agamaggan Boar. This means heroes that can power level, like Omu for example, are extremely strong in this meta. You get the pick of the bunch of top-tier minions. 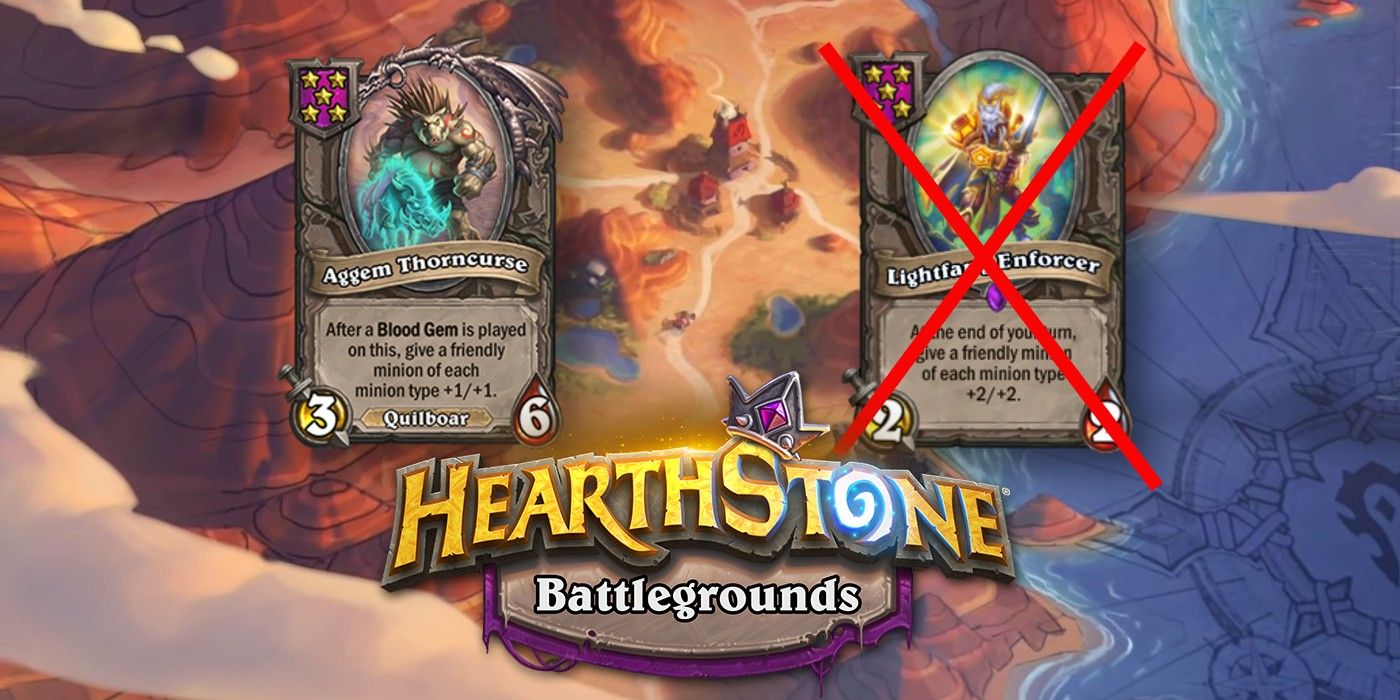 Aggem Thorncurse might be the best menagerie unit in the game currently. Paired with a unit that supplies Blood Gems regularly, like Captain Flat Tusk or Bonker, you can create a board that scales very quickly. Powerful menagerie units that previously worked well with Brann or Lightfang are good here too: aim for a Deflecto if Mechs are in the game or a Bronze Warden for Dragons.