Here are the games nominated for the first Tribeca Games Award 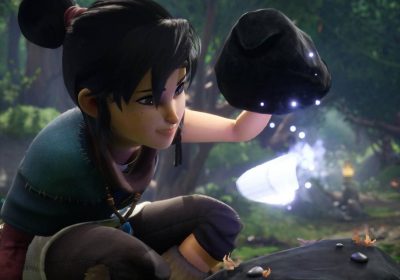 The Tribeca Film Festival announced its official selections for the inaugural Tribeca Games Award on Thursday. The lineup includes a handful of anticipated games and a few lesser known ones as well: Sable, Kena: Bridge of Spirits, Harold Halibut, Lost in Random, NORCO, Signalis, The Big Con, and Twelve Minutes.

The festival, which is slated for June 9-20, 2021 in New York City, marks a decade since Rockstar Games’ L.A. Noire became the first video game ever to be honored as an official selection at the 2011 Festival. Now, these titles will be in competition for the first Tribeca Games Award, which “honors an unreleased game for its potential for excellence in art and storytelling through design, artistic mastery and highly immersive worlds,” a release shared.

Casey Baltes, Vice President of Tribeca Games said in a release that the 2021 selections “showcase the potential for phenomenal storytelling in interactive experiences, with characters and worlds that explore the deep connection we have to ourselves and the world around us,”

This year expands events dedicated to video games at the film festival considerably. In addition to Hideo Kojima, Jon Favreau will be joining Tribeca Film Festival’s games program, and there will be a live outdoor performance of a selection of music from Rockstar Games’ Red Dead Redemption 2 in New York City’s The Battery. Additionally, Tribeca Games programming will offer digital experiences as part of the Tribeca at-home virtual offerings for a portion of the festival where fans play “hands-on digital demos from emerging and established creators.”