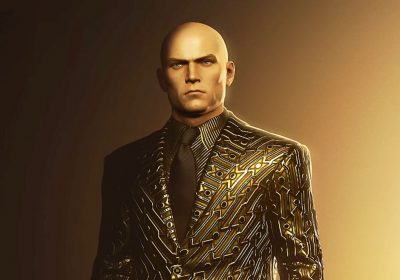 Hitman 3’s April roadmap is now live, revealing all the content coming to the game from March 30 to May 9 and naming it as the Season of Greed.

The first few pieces of the seven-deadly-sins-based content have been available for a week now, but the full roadmap for the season has only just been revealed and shows off multiple elusive targets and contracts. 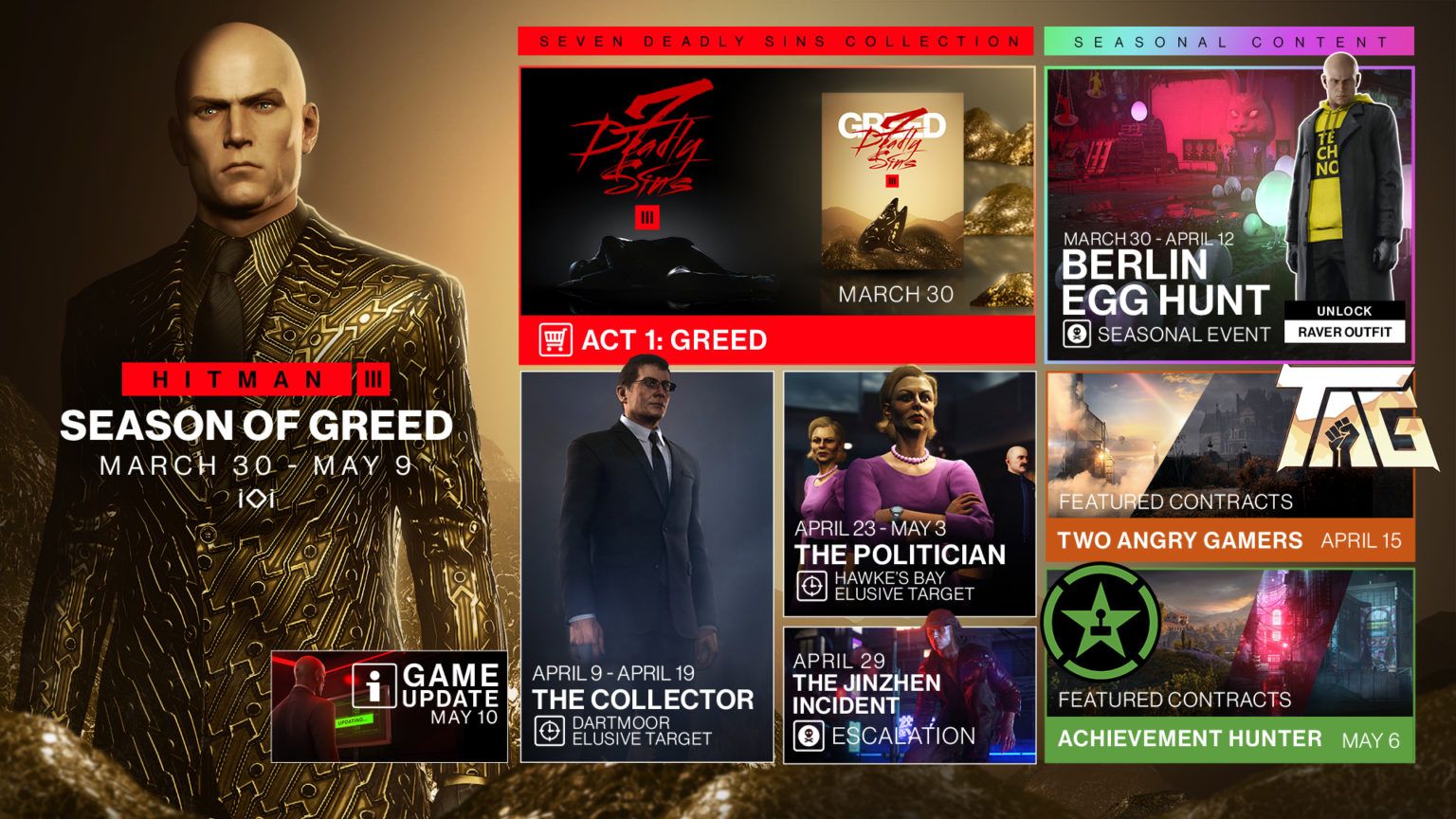 The content that is already available includes the first escalation, the Greed Enumeration, and a seasonal event in the form of the Berlin egg hunt. Players will be able to unlock greed coins and unique outfits from completing these events.

As of yesterday, the first Elusive Target of Hitman 3 was made available. The Collector will be available on the Dartmouth map for 10 days until April 19. As the name implies, he’s an art collector who murders the previous owners of the art that he collects.

The second Elusive Target of the season is The Politician. No details on her have been revealed yet, but she’ll appear on the Hitman 2 map, Hawke’s Bay, and will be available from April 23 to May 3.

As is the case with other elusive targets, players will only get one shot at killing their target. Failure means that the target disappears for good, and the player cannot attempt the contract again. They’re a key staple of Hitman’s content updates, so it’s awesome to see them back in Hitman 3.

The final pieces of content detailed in the roadmap are some new featured contracts. The first set comes from Two Angry Gamers on April 15, whilst Achievement Hunters will add their contracts on May 6.

It was recently revealed that Agent 47 will be keeping his hair in the upcoming Hitman TV series. Based on previous attempts, we think it might be better if Agent 47 is treated like a horror villain and isn’t the focus of the show.

NEXT: Hitman 3: How To Complete The Greed Enumeration Escalation