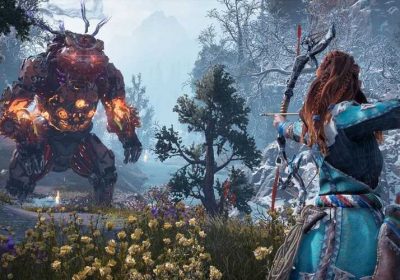 The new update 1.11 for Horizon Zero Dawn has arrived on PC, adding support for image upscaling technology on Nvidia and AMD graphics cards for better overall performance. The patch is about 3.6GB download on Steam and also brings changes to the game's shader system.

With the addition of Nvidia's DLSS and AMD's FidelityFX Super Resolution, Horizon Zero Dawn players can enjoy improved performance on their machines with higher frame rates and the feeling of playing the game with a higher resolution thanks to AI upscaling. You can get yourself a boost for whichever supported GPU you're using. Guerrilla Games clarified that AMD's FSR is replacing Contrast Adaptive Sharpening for better results.

At the time of writing, we don't have exact percentages on how the game's performance improved. However, based on previous titles with DLSS and FSR support, players can expect a visible bump across a wide range of adapters. For example, Red Dead Redemption 2 got up to a 45 percent boost at 4K resolution with DLSS.

Another notable change is an improvement to the PC version's shader management system. The game is now always compiling shaders during loading and in the background. According to the team, this will result in significantly reduced stutters during gameplay, which was a widely reported problem by players. The catch is that this may cause loading screens to take somewhat longer on certain systems.

Of course, aside from the new upscaling technologies support and shader system changes, update 1.11 also adds various in-game fixes, such as an adjusted settings screen to facilitate the addition of DLSS and FSR. You can reach for a full patch note list on Reddit.

Guerrilla Games is currently busy with the finishing touches on the sequel, Horizon Forbidden West, expected to launch on February 18 on both PS5 and PS4. As earlier revealed, the devs address one of the major issues of the original — uninteresting human enemies, which the team has addressed by making them just as complex as mechanical creatures in the follow-up for intense tactical combat.