How gold-backed cryptocurrency is changing the modern investment landscape 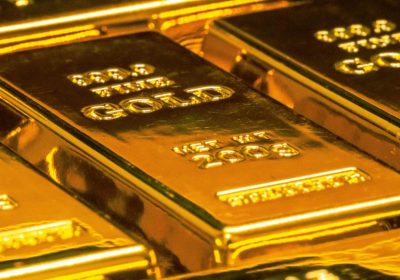 The proliferation of online markets and the introduction of new cryptocurrencies has launched a brand-new type of token. Companies are now digitizing the value proposition of gold, one of the oldest, most stable currencies in the world. The result is a liquid crypto asset backed by the benefits of physical gold. Blockchain technology enables financial leverage, liquidity, and monetized physical gold holdings.

In 2021, Bitcoin and Ethereum have been the market leaders, posting record highs for investors. But then came the crash in the wake of Elon Musk’s offhanded tweets, plus China promising increased regulation. This kind of volatility attracts recreational investors who see big risks as the natural corollary of even bigger gains. But more cautious investors have stayed on the sidelines, unwilling to take those chances.

Historically, gold has been a protective hedge against inflation. Experts like Timothy Ord, president and editor of The Ord Oracle predict that gold stocks could see 10X gains in the next 3 years. In addition, Wall Street gold estimates are bullish for 2021. Gold is expected to hit $2,300-$2,400 an ounce, Goldman and Citibank say, and the metal looks poised to continue that bullish trend, which started back in September 2018.

This innovation comes at a time when investors have been searching for safe havens. They’re facing massive amounts of liquidity in the economy, created by government stimuluses that were designed to shield the economy from the impact of the pandemic.

Tether offers a more stable crypto investment, protected from the bigger crypto market swings, but even fiat currency backed cryptos are vulnerable to potential inflation, and investors are wary how that can impact the currency’s buying power over time.

To hedge against these inflation fears, investors have turned to commodity-backed cryptocurrency projects, such as those leveraging safe-haven commodities like precious metals as their store of value. For cautious investors, gold-backed tokens combine the structure of gold investments with the scarcity, flexibility, and upside potential of the crypto world. And they’re set to bridge the gaps for investors who are uncomfortable launching into the world of cryptocurrency investing, those who dislike fiat currency, and those who are looking for more secure investments.

Asia Broadband, Inc. (OTC: AABB) is entering the fray with its AABB Gold token (AABBG). It’s a gold-backed currency, but the company is going a step further with its unique proposition: the gold they’re backing their token with is directly produced by their gold mines.

The company is acquiring highly prospective gold projects in Latin America, and distributing production through an extensive global sales network. In January, Asia Broadband sold its main mining operations in the Guerrero gold belt in Mexico for $82 million. The sale produced $30 million dollars in gold bullion, which provides the backing for the company’s tokens. They’ll continue to strategically target gold mineral properties to back continuing token sales, Torres says – but if token demand exceeds the company’s supply of gold, bullion is available from third-party sources, and can be purchased using the proceeds from token sales.

The minimum price of the AABBG token is maintained at the current spot price of gold, which reduces purchaser’s investment risk, Torres adds. On the flip side, the token price will rise with the price of gold. Since the pandemic, the value of gold has continued to rise, Torres says.

“We believe the price of gold will increase over $2,000 to $3,000 an ounce over the next 24 months,” he explains. “And the rising price of gold is just the minimum company-supported price of our AABBG token, which adds security to investors.

Most importantly, the token price will continue to appreciate based on its market demand and the limited supply of tokens available for purchase and exchange. The company has released only 5.4 million tokens to this point, or the equivalent value of the gold bullion in the company’s treasury.

“In 2020, AABB saw $16.8 million gross profits, and as gold mining operations move forward, we expect revenues and gross profits to be strong in 2021 — surpassing our previous year’s achievement,” he says.

The company’s primary goal is to make its token a worldwide standard of exchange, Torres says. It’s working now to aggressively expand token circulation to the primary sales markets in both North America and Europe, and also globally.

The company has been developing their own propriety exchange, which will allow AABB Wallet users to complete quick two-way exchanges of their AABB Gold tokens for major cryptocurrencies such as Bitcoin, Ethereum, and Litecoin. The proprietary exchange will also add to transaction fee revenues and allow for the price appreciation of AABBG beyond the price of gold, influenced by market demand and the limited supply of tokens released into circulation.

The exchange completion timeline is on path for testing in mid-August with the live exchange launch expected in early September.

Sponsored articles are content produced by a company that is either paying for the post or has a business relationship with VentureBeat, and they’re always clearly marked. Content produced by our editorial team is never influenced by advertisers or sponsors in any way. For more information, contact [email protected]