How Saints Row Co-Op Works, How It Affects Single-Player 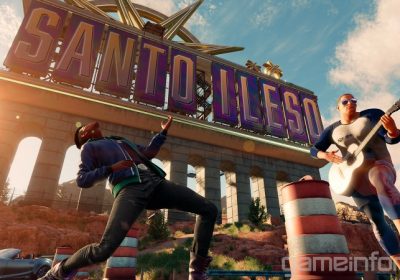 Ever since Saints Row’s humble beginnings, cooperative play has been a trademark element of the series. Running around and completing missions with your friends helped distance the series from its open-world counterparts in the games industry, and the feature set has only grown more robust over the years.

“We had done multiplayer in Saints Row 1, and we did multiplayer in Saints Row 2 as well, and that was, almost like the tiniest kernel of what GTA Online came to be – they just knocked it out of the park with anything that we attempted back then, of course,” chief creative officer at Volition Jim Boone says. “The big imagination we had was, ‘Can you imagine playing this game with a friend, through the entire campaign? Every bit of it.’ That took a tremendous effort. Those were the kinds of lessons we learned from Saints Row 1 where we were thinking, ‘How can we innovate and how can we expand?'”

In the upcoming 2022 reboot of Saints Row, you can participate in two-player, drop-in/drop-out online co-op as you explore the city of Santo Ileso. When you join a session, each co-op player looks exactly how you have them customized without limitations. Co-op play is untethered, meaning you can explore the city independent of one another, but if one player enters a mission, the other warps to them and joins the task at hand.

When a mission starts, progression is tracked on a per-player basis. Collectibles, customization, vehicles, and weapons all follow you back to your single-player game, but Volition didn’t stop there. Any mission progress you make in the co-op session is brought back into your single-player save. For example, if you’re in the early-game missions and you join a co-op partner who is deeper in the story, you won’t have to replay any missions you play to completion in the session. “The game will remember you have played this late-game mission once you naturally work your way to it in your own campaign, and you will not be required to play that mission again,” says Boone.

On top of standard play, Volition tells us you’re able to prank your partner. We don’t yet know what that means, but the development team is excited about the feature. “It’s something totally different that we’ve never done before that players are going to absolutely love,” says creative director Brian Traficante. “When they get together, they get access to the pranking system, and you can just let your imagination run with ‘What would you do to prank your co-op player?'”

We don’t exactly know what the pranking system is, but we’re looking forward to learning more about Saints Row’s co-op as we get closer to the game’s February 25 release date. For more on Saints Row, be sure to check out our exclusive coverage hub at the banner below.